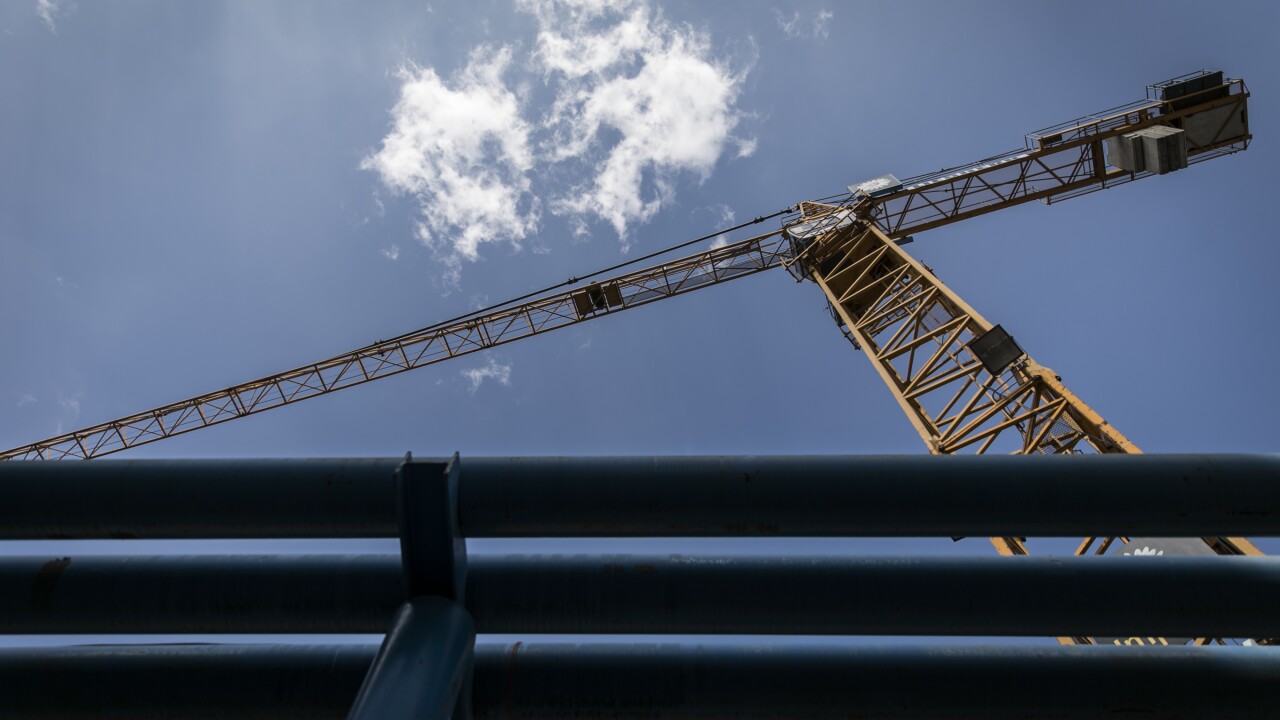 BERLIN, GERMANY – SEPTEMBER 03: A construction site with a crane and a water pipeline is pictured on September 03, 2018 in Berlin, Germany. (Photo by Florian Gaertner/Photothek via Getty Images)

NEWPORT NEWS, Va. – Construction crews plan to begin a project that replaces the bridge that carries Denbigh Boulevard (Route 173) over Interstate 64 and the CSX railroad in Newport News.

Starting next week, the existing Denbigh Boulevard Bridge, located between Warwick Boulevard and Jefferson Avenue will be demolished and replaced with a new bridge that meets current design standards.

The original bridge was built in 1965.

The demolition and construction will be done in two stages to maintain one lane of traffic in each direction on Denbigh Boulevard throughout construction.

Traffic will be shifted to one lane in each direction on the existing bridge during the beginning stages of construction, while demolition work of the old bridge, roadway, retaining wall and storm water pond are underway.

In the second stage, traffic will be shifted to the newly constructed bridge, allowing crews to complete the remaining demolition and construction work.

Motorists will be advised of lane closures and traffic shifts that may occur during the project, which is scheduled for completion in summer 2021. All construction work is dependent upon weather conditions.