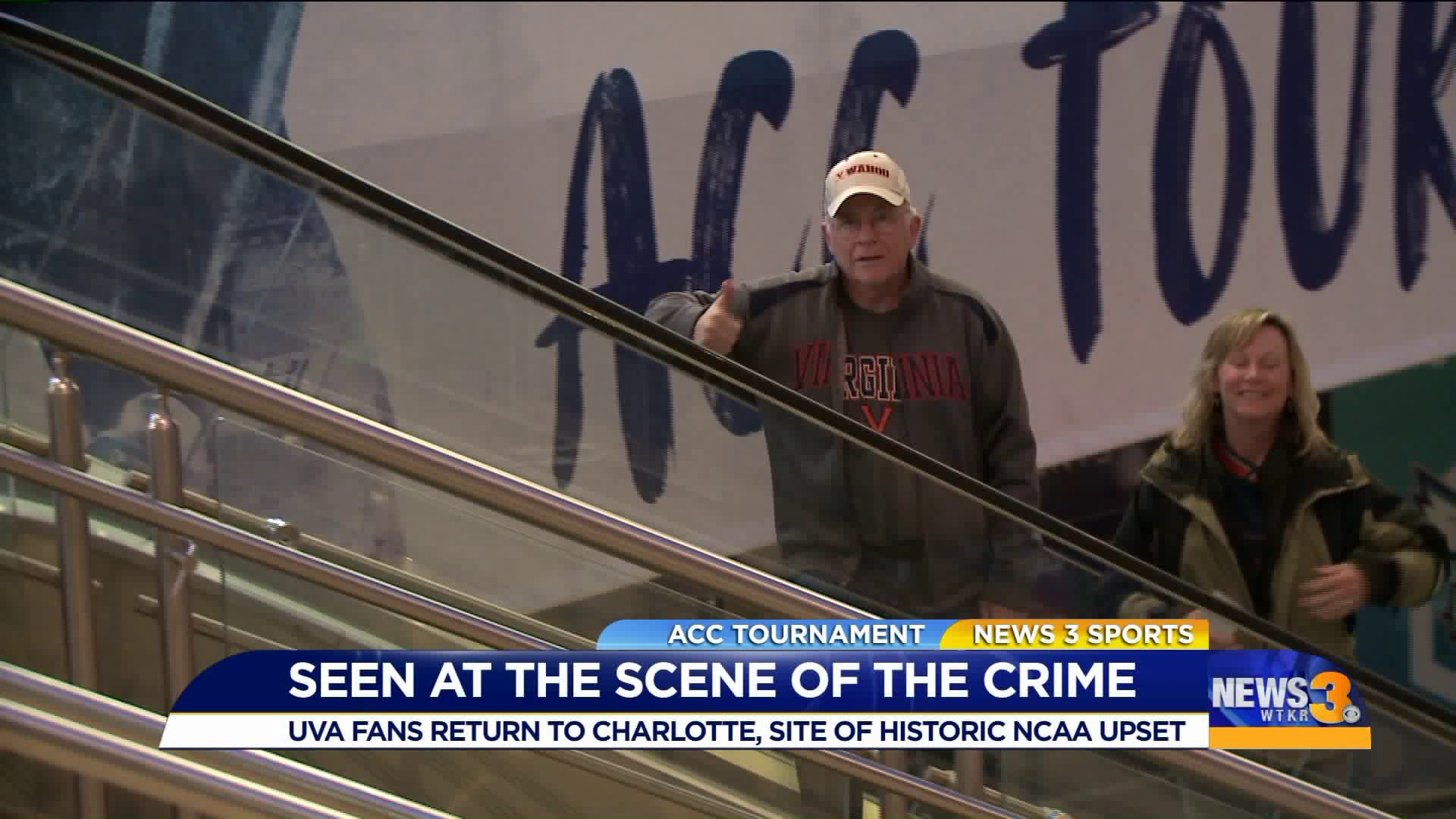 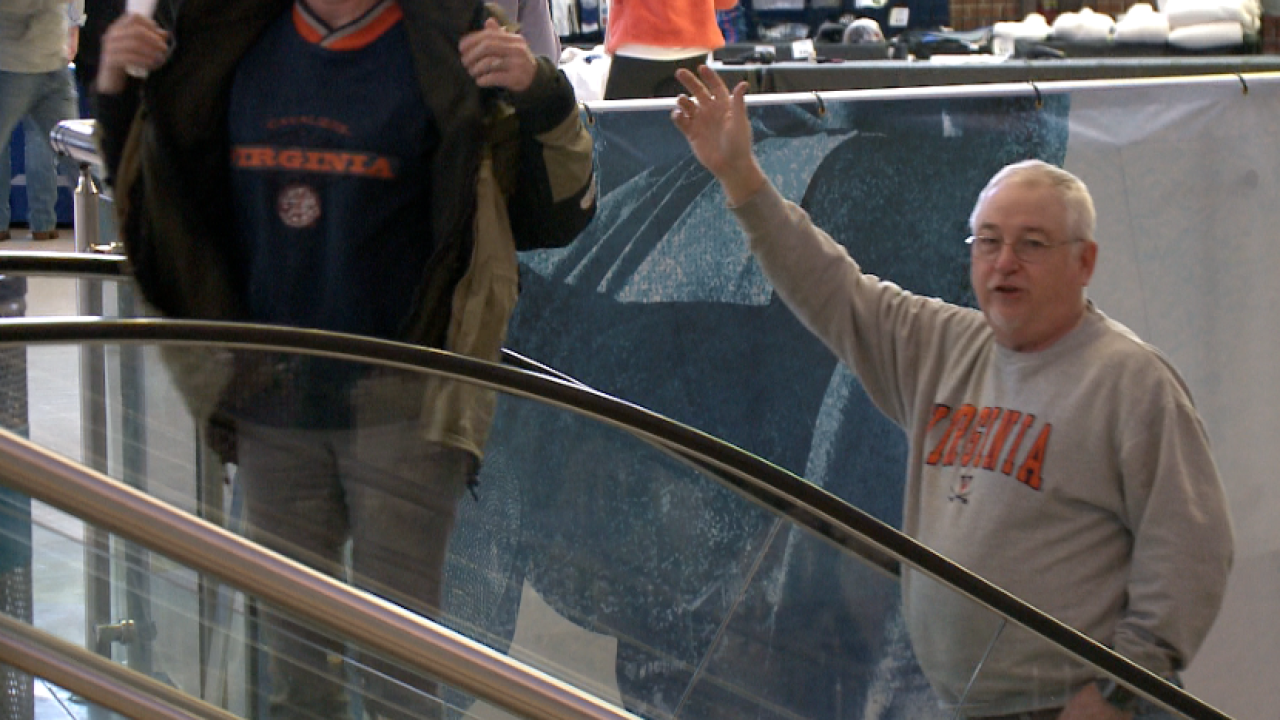 CHARLOTTE, NC - The ACC men's basketball tournament is back in Charlotte for the first time since 2008. But even though the tournament hasn't been held in the Queen City in more than a decade, one team has wounds more fresh than a plate of pulled pork at a Carolina cookout.

The last basketball game Virginia played at Charlotte's Spectrum Center, UVA ended up on the wrong side of sports history. March 16, 2018 - the day UMBC stuns No. 1 Virginia, becoming the first No. 16 seed to ever defeat at No. 1 seed in the history of the NCAA men's basketball tournament.

But, that historic upset was a different tournament in a different year - and UVA fans remind us of that fact. Wahoos backers have returned to Charlotte, the scene of the crime, for this ACC Tournament. They're loud, proud and past last year's devastating defeat.

"Not only did Tony Bennett say it, but Kyle Guy said it," explained Mark, a UVA fan from Atlanta. "I think they are determined to let it be something they're building on top of. Look it happened - it was going to happen eventually, it happened to us. Let's go out and show that we're an even better team. Last year's team was great. This year's team is phenomenal."

"You have to follow what Coach Bennett says," Linda, a Wahoos supporter from Salem, Virginia, pointed out. "You have to put it behind you and move on. It's a new game and we're here to support the team no matter what. Go Wahoos!"

Virginia, the No. 1 seed in the 2019 ACC Tournament, opens tournament play Thursday vs. No. 8 NC State. The game will be broadcast LIVE on WGNT in Hampton Roads.