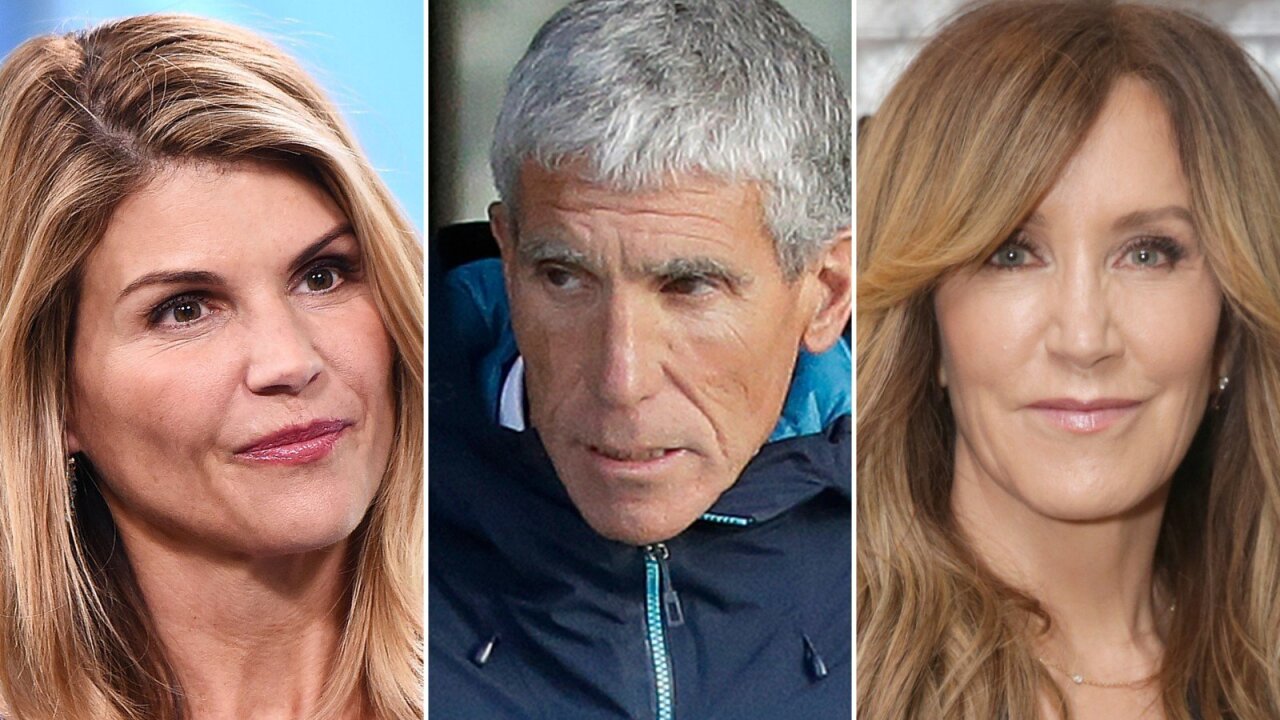 Some of the 33 parents charged with cheating to get their children into prestigious schools may have paid enough in bribes to cover the full cost of a college education and then some.

All University of Southern California applicants who are connected to the alleged admissions cheating scheme will be denied admission, university spokesman Gary Polakovic said Wednesday.

A case-by-case review will be conducted for students who are already enrolled at USC and may be connected to the scheme. USC will “make informed, appropriate decisions once those reviews have been completed. Some of these individuals may have been minors at the time of their application process,” he said.

The announcement comes a day after the nationwide scandal exposed what federal prosecutors describe as a corrupt exchange of wealth, fame and influence for student admissions to the nation’s most elite universities.

Some of the 33 parents charged with cheating to get their children into prestigious schools may have paid enough in bribes to cover the full cost of a college education and then some.

Fifty people — from Hollywood stars and top industry CEOs to college coaches and standardized test administrators — stand accused of participating in a scheme to cheat on admissions tests and admit students to leading institutions as athletes regardless of their abilities, prosecutors revealed Tuesday in a federal indictment. The scandal is being called the largest college admissions scam ever prosecuted.

As the alleged culprits, including actresses Felicity Huffman and Lori Loughlin and fashion designer Mossimo Giannulli, position their defenses, the fallout continues for players across this wide-ranging case, which spans six states and raises seminal questions about how level the postsecondary playing field really is.

Still hanging in the balance is the fate of the privileged scholars, at least some of whom may not have known about their parents’ alleged acts. It was no accident that none were immediately charged, US Attorney Andrew Lelling of Massachusetts said Tuesday.

“The prime movers of this fraud” were the parents and other defendants, Lelling said, though he noted some students may face charges down the road.

In the meantime, officials at universities including Yale, Stanford and Georgetown must now examine criminal claims made against key staffers, some of whom already have parted ways.

Perhaps most critically, they’ll also have to answer for whether qualified students were denied entry into their programs in lieu of the children of the rich and famous.

“For every student admitted through fraud,” Lelling said, “an honest, genuinely talented student was rejected.”

Loughlin, who played Aunt Becky on “Full House,” faces felony conspiracy to commit mail fraud and honest services mail fraud. Her husband, Giannulli has been charged with the same offense.

Loughlin surrendered Wednesday morning to federal authorities in Los Angeles, FBI spokeswoman Laura Eimiller said. She and Giannulli are accused of paying $500,000 in bribes to designate their two daughters as recruits to the University of Southern California crew team, even though they did not participate in crew, according to court documents released Tuesday.

The actress posted a $1 million bond after her appearance Wednesday in federal court.

Judge Steve Kim allowed Loughlin to travel within the continental US and British Columbia, where she is working. Loughlin has projects scheduled until November of this year and will be required to surrender her passport in December.

Loughlin’s next court appearance will be on March 29 in Boston.

Huffman, who is best known for her role on TV’s “Desperate Housewives,” is accused of paying $15,000 to Singer’s fake charity, the Key Worldwide Foundation, to facilitate cheating for her daughter on the SATs, the complaint says.

Her daughter received a 1420 on her test, which was 400 points higher than a PSAT taken a year earlier without the same administrator, the complaint states.

Huffman also discussed the scheme in a recorded phone call with a cooperating witness, the complaint says.

Huffman has been charged with felony conspiracy to commit mail fraud and honest services mail fraud, according to federal court documents filed Monday in Massachusetts. She was arrested without incident at her California home, the FBI said.

She appeared Tuesday in federal court in Los Angeles, where a judge set her bond at $250,000 and federal agents took her passport. Her next court appearance was set for March 29 in Boston.

Parents spent up to $6.5 million, the FBI says

The sums that authorities say the accused parents paid in bribes would, for many, finance a college education many times over.

Some spent between $200,000 and $6.5 million to guarantee admissions for their children, FBI Special Agent Joseph Bonavolonta said.

The relatives of one applicant paid $1.2 million to have the applicant falsely described as the co-captain of a well-known California soccer team, although the applicant did not play competitive soccer, prosecutors said.

By comparison, the average annual cost of tuition and fees at a private, four-year college is $29,478, the US Department of Education’s National Center for Education Statistics’ most recent report shows.

“This case is about the widening corruption of elite college admissions through the steady application of wealth combined with fraud,” Lelling said. “There can be no separate college admission system for the wealthy, and I’ll add that there will not be a separate criminal justice system either.”

The ringleader got $25 million, US attorney says

Much of the indictment revolves around William Rick Singer, the founder of a for-profit college counseling and preparation business known as The Key.

“OK, so, who we are … what we do is we help the wealthiest families in the US get their kids into school,” Singer told one parent, according to prosecutors.

There were dual avenues for carrying out the scheme, Lelling explained.

“There were essentially two kinds of fraud that Singer was selling,” Lelling said of the accusations, which run from 2011 to 2019. “One was to cheat on the SAT or ACT, and the other was to use his connections with Division I coaches and use bribes to get these parents’ kids into school with fake athletic credentials.”

For example, Singer and his co-conspirators used photo-editing technology to superimpose the face of a patron’s student onto stock photos of athletes, prosecutors said.

Singer was paid roughly $25 million by parents to help their children get in to schools, the US attorney said.

Coaches from Yale, Stanford, Wake Forest and Georgetown universities and USC, among others, are implicated in the case.

The Georgetown coach who was arrested “has not coached our tennis team since December 2017, when he was placed on leave after the Office of Undergraduate Admissions identified irregularities in his recruitment practices and the University initiated an internal investigation,” a university spokeswoman said in a statement.