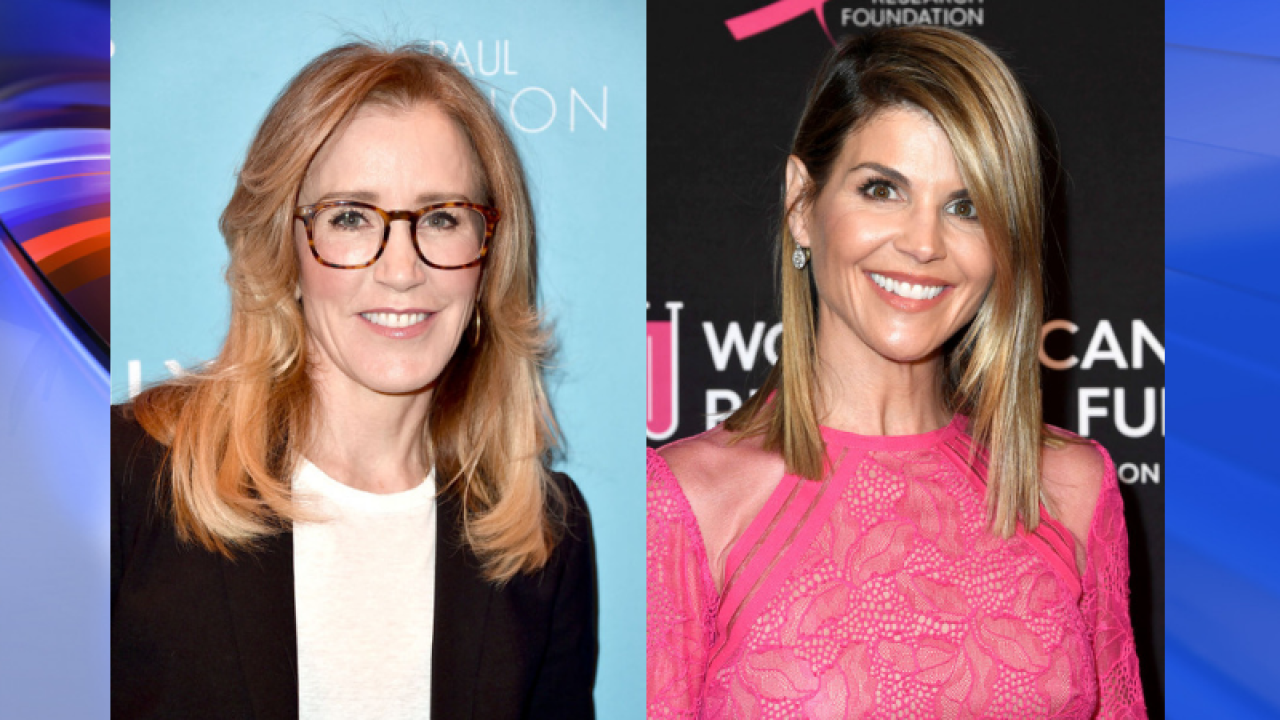 In what is being called the largest college admissions scam ever prosecuted, wealthy parents, Hollywood actresses, coaches and college prep executives have been accused of carrying out a nationwide fraud to get students into prestigious universities, according to a federal indictment.

The scheme had two major pieces. In the first part, parents allegedly paid a college prep organization to take the test on behalf of students or to correct their answers. Second, the organization allegedly bribed college coaches to help admit the students into college as recruited athletes, regardless of their abilities, prosecutors said.

Federal court documents also allege that some defendants created fake athletic profiles for students to make them appear to be successful athletes.

In all, 50 people were charged in the criminal investigation that went by the name “Operation Varsity Blues.” Those arrested include two SAT/ACT administrators, one exam proctor, nine coaches at elite schools, one college administrator and 33 parents, according to Andrew Lelling, the US attorney for Massachusetts.

The parents, Lelling said, were a “catalog of wealth and privilege,” including actors, CEOs, a fashion designer and the co-chairman of a global law firm.

“This case is about the widening corruption of elite college admissions through the steady application of wealth combined with fraud,” Lelling said. “There can be no separate college admission system for the wealthy, and I’ll add that there will not be a separate criminal justice system either.”

He added, “For every student admitted through fraud, an honest, genuinely talented student was rejected.”

The fallout was swift Tuesday as several college coaches and one administrator were either fired or placed on administrative leave. At least one school launched an internal investigation.

FBI Boston SAC Bonavolonta will join IRS-CI SAC O'Connell & MA US Attorney Lelling @11:30 am at US District Court in Boston to announce charges against dozens of individuals involved in a nationwide college admissions cheating & recruitment scheme.

Parents paid up to $6.5 million to get their kids into college

FBI Special Agent Joseph Bonavolonta said the parents spent anywhere from $200,000 to $6.5 million to guarantee admissions for their children.

Coaches from Yale, Stanford, the University of Southern California, Wake Forest and Georgetown, among others, are implicated in the case. The extensive case involved arrests in six states across the country.

Actresses Felicity Huffman and Lori Loughlin are not just the most famous names in the case; their cases represent the two major aspects of the alleged scheme.

Huffman, an Academy Award nominee, has been charged with felony conspiracy to commit mail fraud and honest services mail fraud, according to court paperwork filed Monday in federal court in Massachusetts. She was arrested without incident at her home, the FBI said.

She appeared Tuesday in a federal court in Los Angeles and a judge set bond for her at $250,000. Under the terms of her bond, Huffman also surrendered her passport.

Her next court date has been set for March 29 in Boston.

Best known for her role on TV’s “Desperate Housewives,” Huffman is accused of paying $15,000 to William Rick Singer’s fake charity, the Key Worldwide Foundation, to facilitate cheating for her daughter on the SATs, the complaint says.

A cooperating witness told authorities he traveled from Tampa to a West Hollywood test center to administer Huffman’s daughter’s exam. She received a 1420 on her test, which was 400 points higher than a PSAT taken a year earlier without the same administrator, the complaint states.

Huffman, who is married to “Shameless” star William H. Macy, also discussed the scheme in a recorded phone call with a cooperating witness, the complaint says.

Giannulli and Loughlin allegedly agreed to pay bribes totaling $500,000 in exchange for having their two daughters designated as recruits to the USC crew team, even though they did not participate in crew, the complaint said.

Giannulli was arrested without incident, and the FBI served a warrant for Loughlin, but she was not home at the time, an FBI spokesperson said. Loughlin was on a flight to Los Angeles where she was expected to surrender at the Central District Court later Tuesday, according to a law enforcement source.

Giannulli appeared in court Tuesday with a disheveled gray beard, wearing a blue hooded sweatshirt. He gave short answers as he acknowledged that he understood the charges against him.

A magistrate judge set a $1 million bond for Giannulli and ordered him to surrender his passport. Loughlin’s attorneys requested similar conditions for the actress even though she was not present in court.

Prosecutors agreed to those terms, which will allow her to travel to Vancouver for work.

CNN is also working to get comment from the actresses’ representatives.

How the alleged scheme worked

Much of the indictment revolves around Singer, the founder of a for-profit college counseling and preparation business known as The Key.

“OK, so, who we are … what we do is we help the wealthiest families in the US get their kids into school,” Singer told one parent, according to prosecutors.

Lelling explained the two main avenues for carrying out the scheme.

“I’ll speak more broadly, there were essentially two kinds of fraud that Singer was selling,” Lelling said. “One was to cheat on the SAT or ACT, and the other was to use his connections with Division I coaches and use bribes to get these parents’ kids into school with fake athletic credentials.”

For example, prosecutors said Singer and his co-conspirators used stock photos of a person playing a sport and then put the face of a student onto that image via Photoshop, prosecutors said.

Singer was paid roughly $25 million by parents to help their children get in to schools, the US attorney said.

Singer facilitated bribes to Donna Heinel, the senior associate athletic director at the University of Southern California, who then got the students in to USC as recruited athletes, according to the complaint. USC said Tuesday it had fired Heinel and Jovan Vavic, the water polo coach, also accused in the alleged scam.

Heinel and Vavic are charged with conspiracy to commit racketeering, according to prosecutors. Neither could be reached on Tuesday.

USC said it is also conducting an internal investigation into the case and said that certain individuals “went to great lengths to conceal their actions from the university.”

“The charges brought forth today are troubling and should be a concern for all of higher education,” the NCAA said. “We are looking into these allegations to determine the extent to which NCAA rules may have been violated.”

Wake Forest said it has placed head volleyball coach Bill Ferguson on administrative leave and has retained outside legal counsel to look into the matter.

The University of Texas said it placed men’s tennis coach Michael Center on administrative leave and is cooperating with the investigation.

Stanford University said Tuesday it has fired John Vandemoer, the school’s head sailing coach, who was accused in the scheme. He pleaded guilty Tuesday to racketeering conspiracy in a Boston federal court Tuesday.

Vandemoer said in court that he didn’t pocket money that he was given, but said he used it to buy new materials for the Stanford sailing team.

What happens to the students?

It was not an accident that no students were charged on Tuesday, said Lelling, the US attorney. The parents and other defendants were “the prime movers of this fraud,” he said. He said students may face charges down the road.