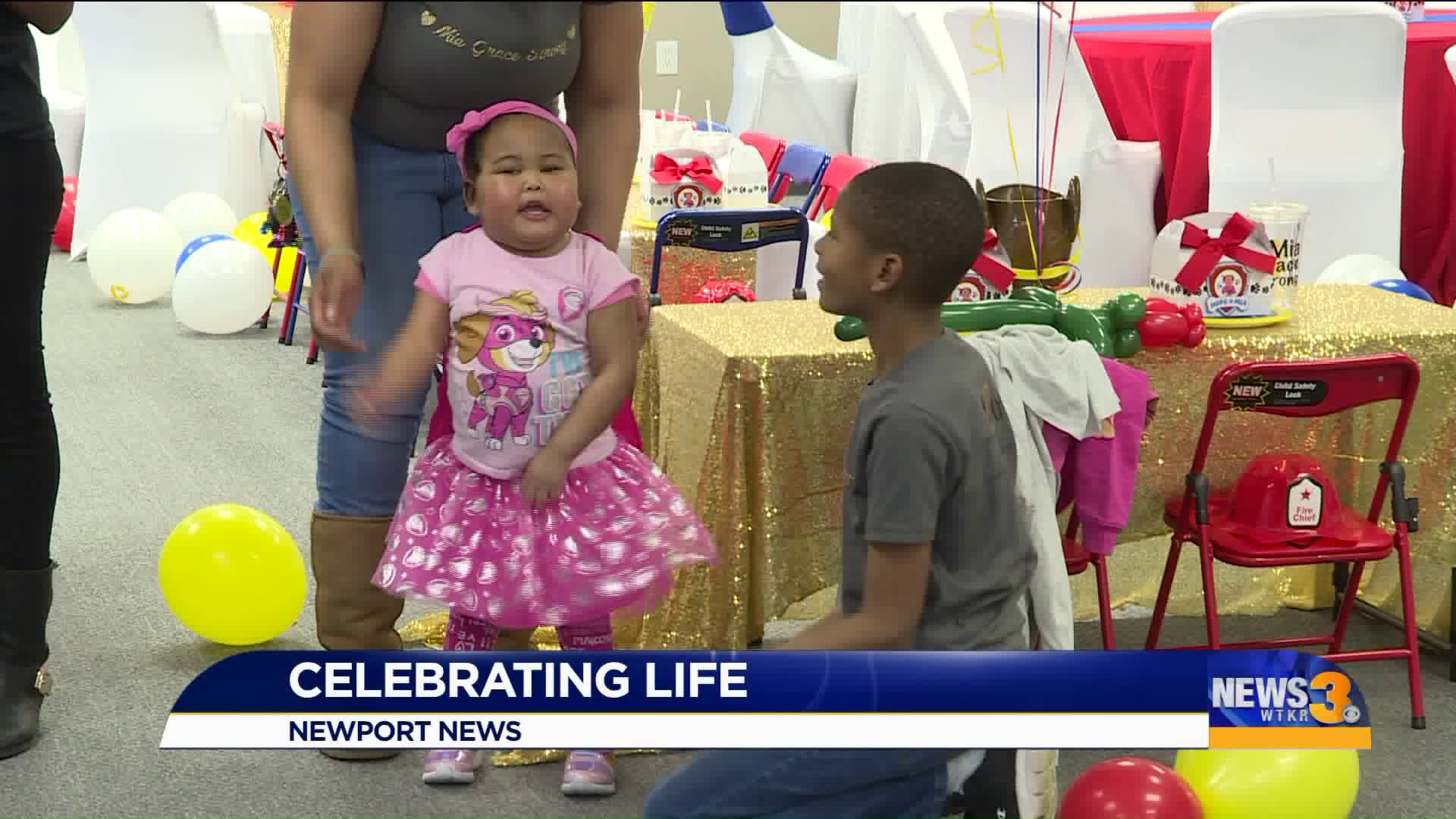 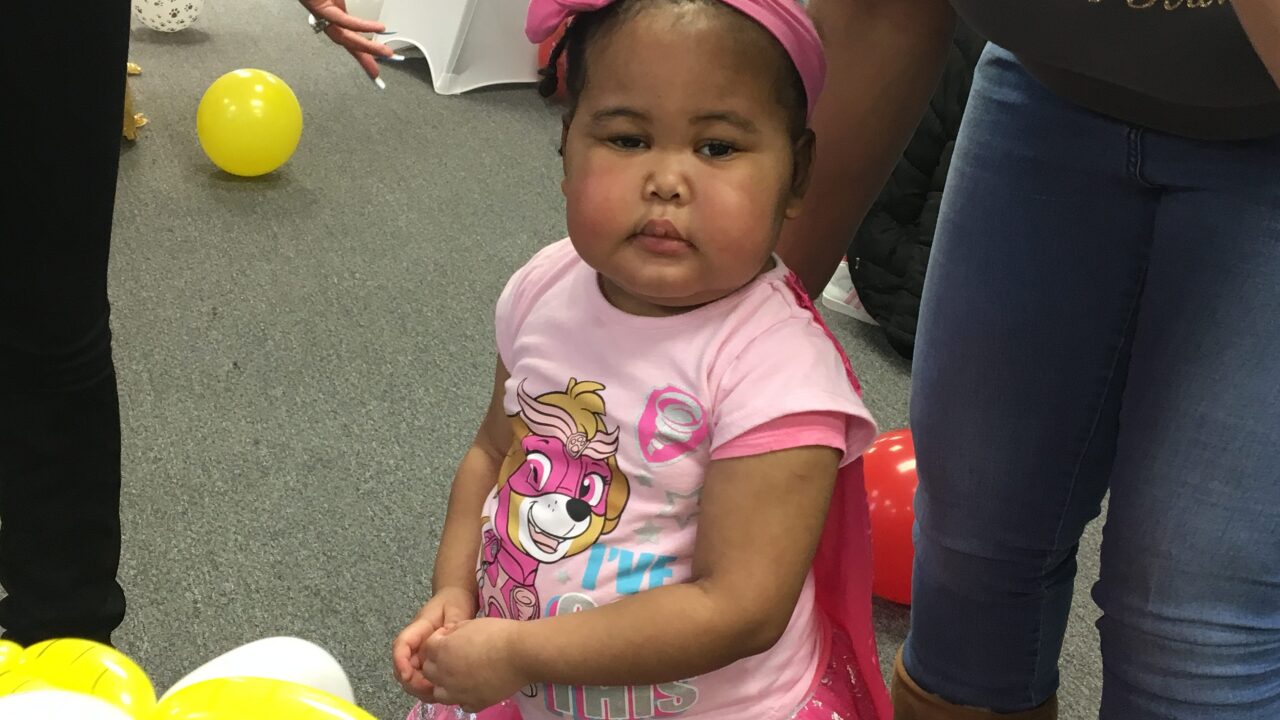 NEWPORT NEWS, Va. - It's a story eerily similar to their own.

The Richardsons, who are from Fredericksburg, lost their daughter Moriah at just four years old in 2013. Now they're spreading joy in her name to other kids with facing terminal or critical illnesses with the Forever Moriah Foundation.

On Saturday, it was Mia Moore's turn.

"She doesn`t get to see and hang out with kids her age. It`s nice for me too to see her smile and laugh because we don`t get to see as much of that now," said Michelle Moore, Mia's mom.

Mia is two-years-old and just wrapped up six weeks of radiation treatments for her DIPG.

Weeks ago, the Forever Moriah Foundation contacted the Moores and began preparations for a party in Mia's honor, celebrating the end of her radiation treatments.

Through their foundation, Mario and Sharday Richardson throw personalized parties for children and their families. Mia's was Paw Patrol themed (one of her favorite shows) and included food, balloon animals and a DJ.

The party marked the first time the Richardsons and the Moores met face-to-face.

“I tried to keep my emotions under control. I’ve been waiting to meet [Mia] for the longest time," said Sharday Richardson. "We’ve been talking by phone or text messaging for a while so it’s so nice to finally see them in person.”

Mia's battle is by no means finished. Her mom says their next step is to try and get her into a clinical trial for an experiment procedure or drug with the hopes of finding a cure.

But for now, this party was chance to set it all aside for an afternoon of smiles and laughs.

"They're family now. This has been amazing. I don't know if I would have gotten through this the way I have without them," said Moore. "[Sharday] gets it. She's let's me express it the way I need to."

For more information about the Forever Moriah Foundation, click HERE.