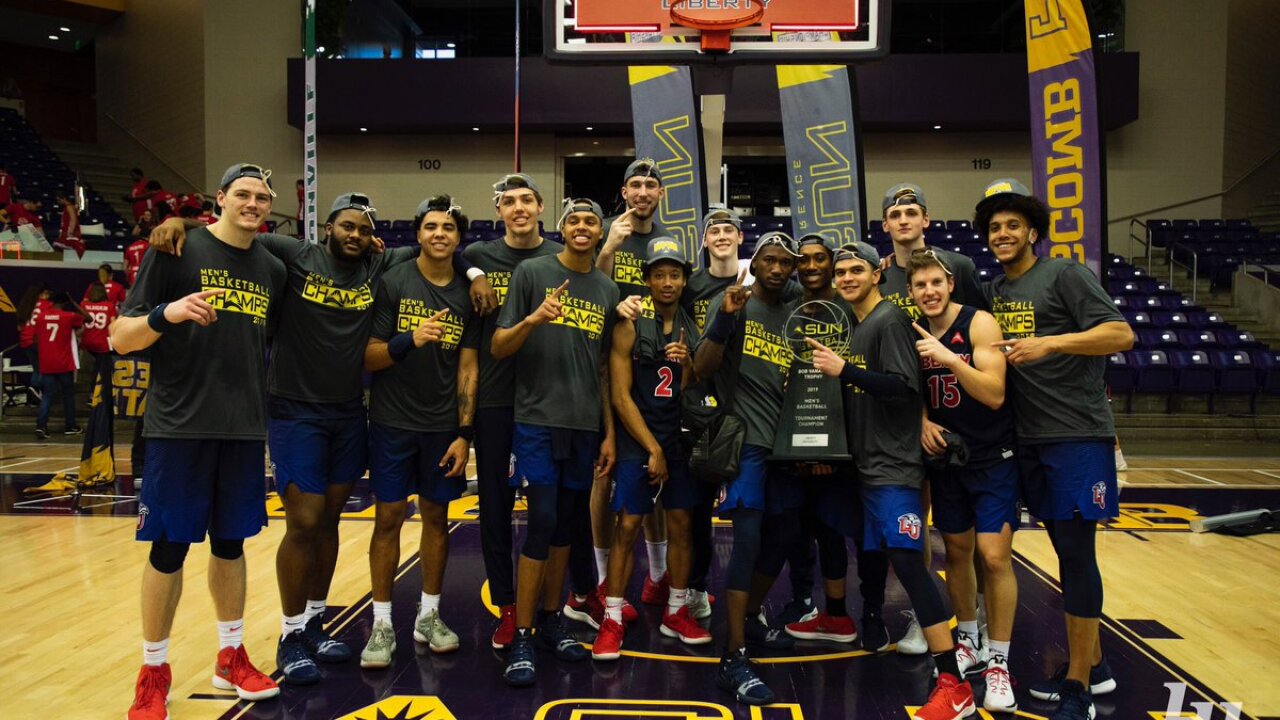 NASHVILLE, Tenn. – Liberty is headed back to the Big Dance!

The Flames defeated Lipscomb 74-68 in the Atlantic Sun Championship game Sunday afternoon. Scottie James led the Flames with 17 points and eight rebounds, including the go-ahead layup with :57 seconds remaining.

Liberty will be making its fourth tournament appearance, and its first since 2013. The Flames are the first Virginia team to secure a bid to the NCAA Tournament this postseason.