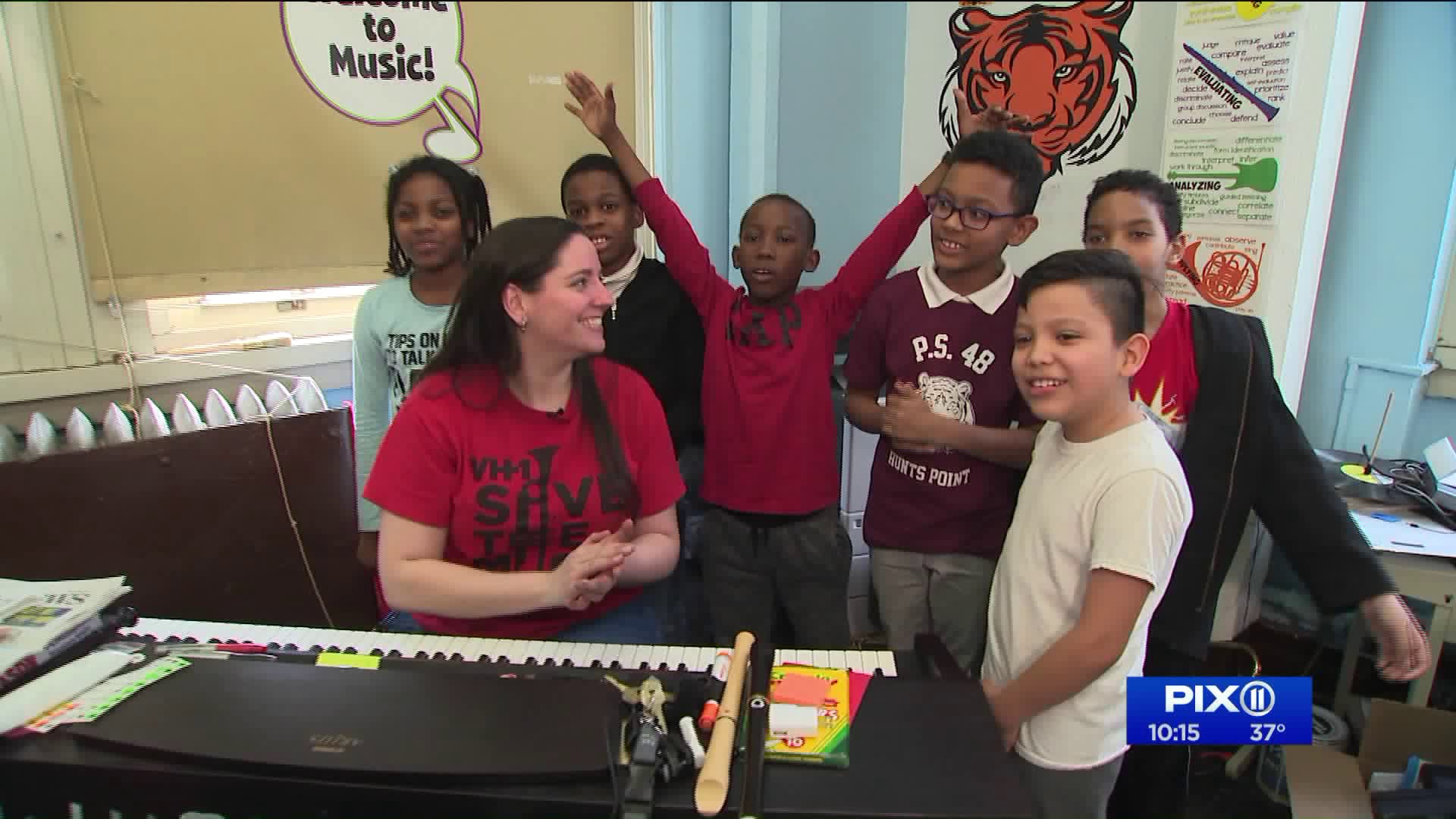 Melissa Salguero, a Bronx music teacher, is the only American nominated, and first-ever music teacher, to be named a finalist in the Global Teacher Prize.

NEW YORK - A music teacher in the Bronx is one of the top 10 finalists for the Global Teacher Prize.

Melissa Salguero is the only American nominated, and the first-ever music teacher to be named a finalist for the prestigious award.

Salguero, who is a music teacher at Joseph R. Drake Elementary School, was nominated and chosen from over 10,000 teachers from 39 countries.

The school's principal, Joseph DiCrescento, said Salguero has had a huge impact on the students and the staff. "She has taught me to shoot for the stars and to always go big."

Salguero, who has dyslexia, struggled in school herself until she found music and joined the school band.

"Music education saved my life, and I want to show the students what music can do for them," she said.

And what will Salguero do if she wins?

"The first thing I'll do is celebrate with the kids," she said. "They want a pizza party!"