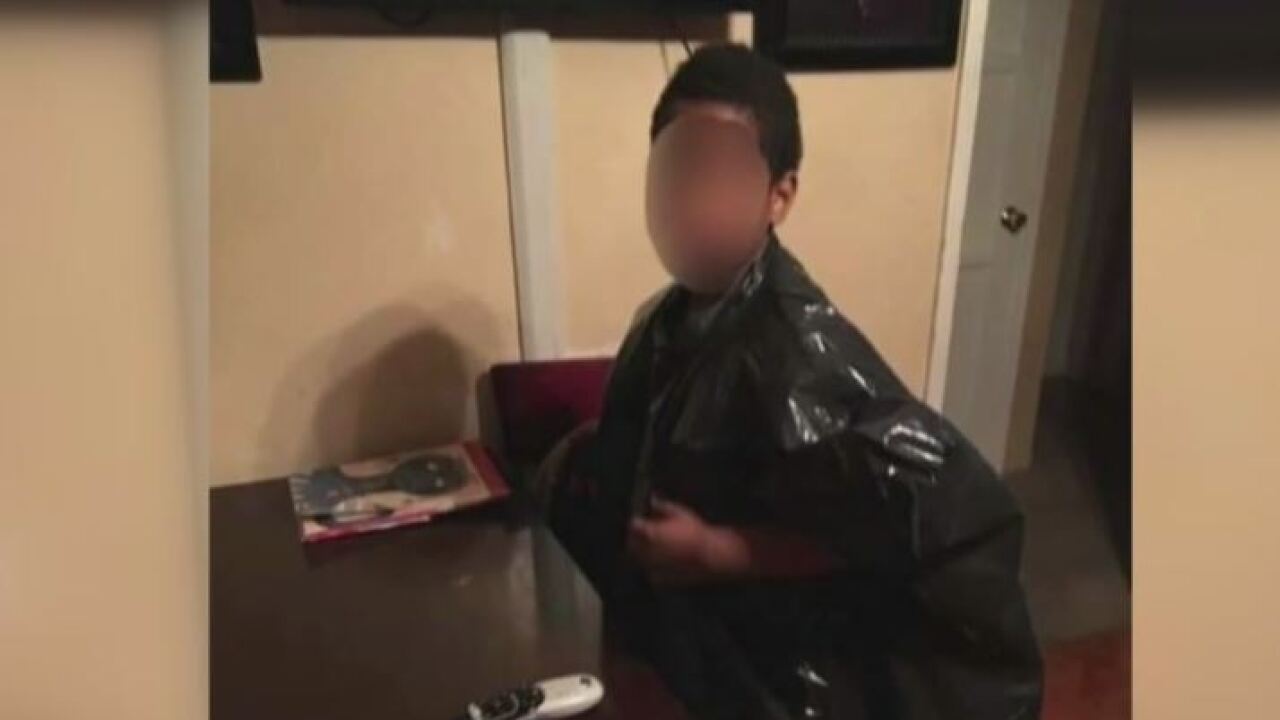 LOS ANGELES (KCAL/KCBS) — The mother of an 8-year-old boy says her son was allegedly forced to sit in his own urine-soaked clothing and wear two plastic garbage bags after a teacher at a South Los Angeles school refused to allow him to use the restroom.

Sonia Mongol was joined by a former L.A. teacher and other supporters at a news conference Thursday at Manhattan Place Elementary School, where she called on school officials to clarify an incident in November in which Mongol’s son was allegedly prohibited from using the restroom during class.

When her son could no longer wait to go, Mongol says the teacher gave him the option of urinating in a trash can at the front of the classroom and “exposing himself in front of all the other students.”

“He went to the nurse’s office, he received no help,” said Mongol.

The boy was then given trash bags to cover his clothes, according to Mongol, who says she was not alerted that her son remained at school wearing them.

She says her son is not being bullied by other students following the incident and that teachers have subsequently denied him use of the restroom.

Protesters went to the school office to demand changes, but the door to the office was not open.

Retired teacher Latricia Mitchell says while teachers can refuse a student’s request to go to the restroom – often because the privileges are abused – there are some exceptions.

“After they ask you twice, you should realize something is going on,” said Mitchell.

Officials with the Los Angeles Unified School District put out the following statement in response: “Los Angeles Unified takes all maters concerning the safety and well-being of our students very seriously. Upon learning about this allegation, law enforcement was notified immediately and the District is fully cooperating in the investigation.”

Mongol says after the school principal failed to respond to the allegations, she’s taking the matter to the school board for further review.

But for Mongol, the damage done may already be irreparable.

“Why would you make a child expose himself in front of the classroom and then put a garbage bag over him when he came to you for help? Why would you treat a child that way?” she asked. “He’s a kid.”