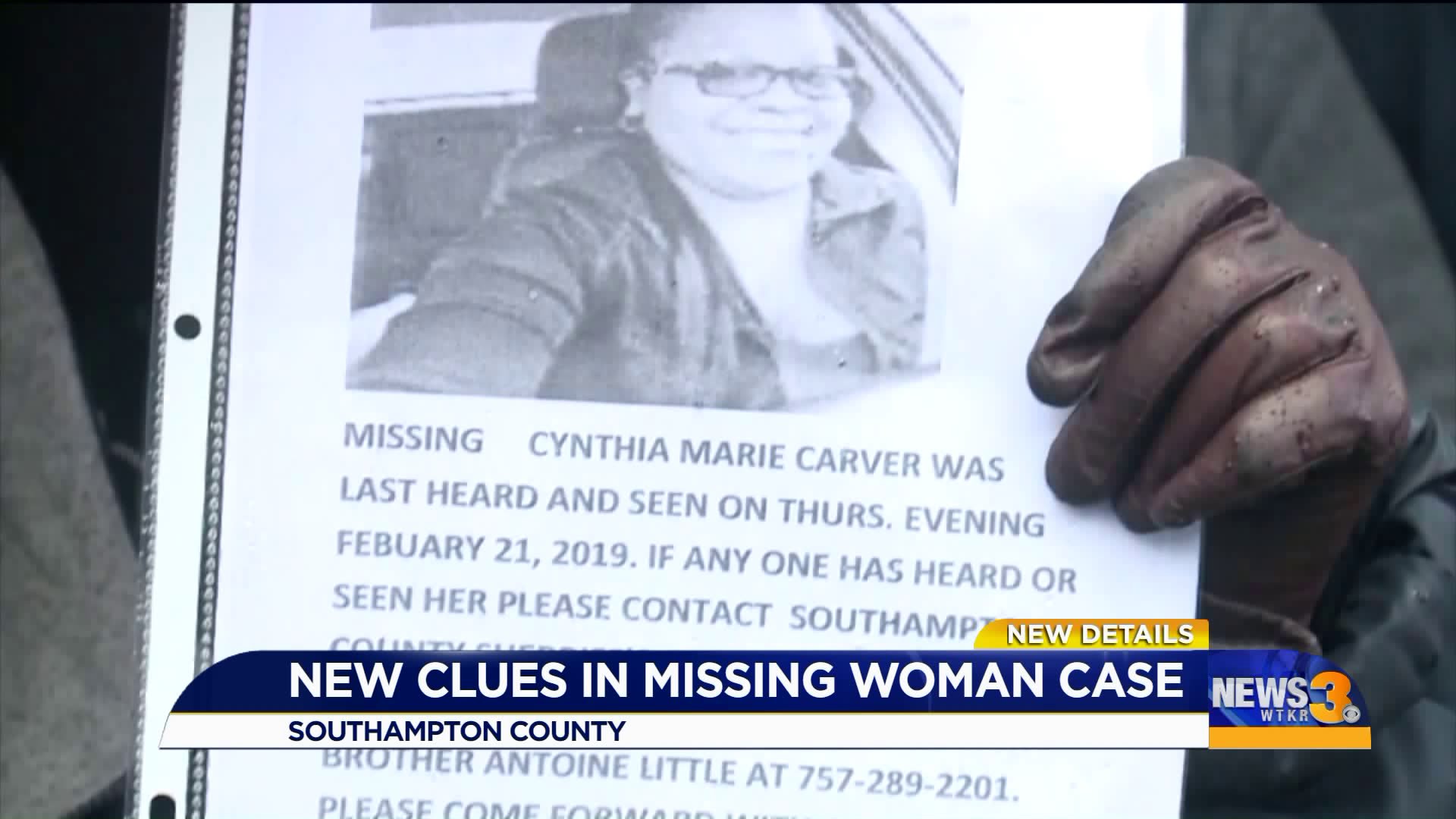 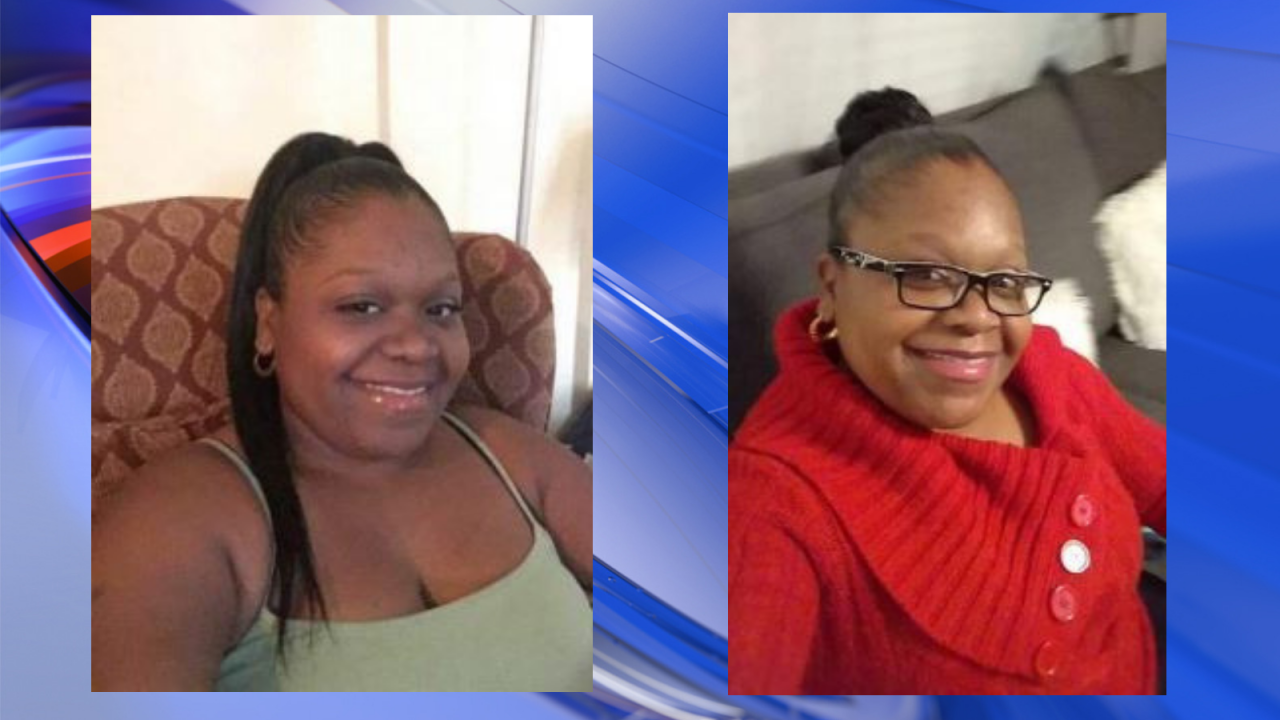 SOUTHAMPTON Co., Va. - Words out of the mouth of missing Southampton County mom Cynthia Carter could help lead investigators to where she is.

Court documents state that relatives overheard her saying to a man over the phone that she would wait up for him on the last day anyone saw her.

Records state that investigators found blood on the carpet, a bloody knife in the living room and a pool of blood near the rear door.

They also say investigators searched her home in Newsoms, located in Southampton County, and determined the amount of blood was consistent with someone who is seriously injured.

The 34-year-old mother has been seen since February 21.

Her family said she worked as a corrections officer.

The FBI is involved in the case, and officials have said it looks like there had been a struggle in her home.

Sheriff's officials say it’s believed she was meeting up with a new man in her life around the time she went missing.

News 3 spoke with the Southampton County Sheriff’s Office on the phone, and officials said they’ve been following up on the tips they've been receiving.

They're encourage anyone with information to call them. The FBI has also established a dedicated tip line for information on Carver's whereabouts: (757) 609-2482.

Click here for our full coverage on Carver’s disappearance