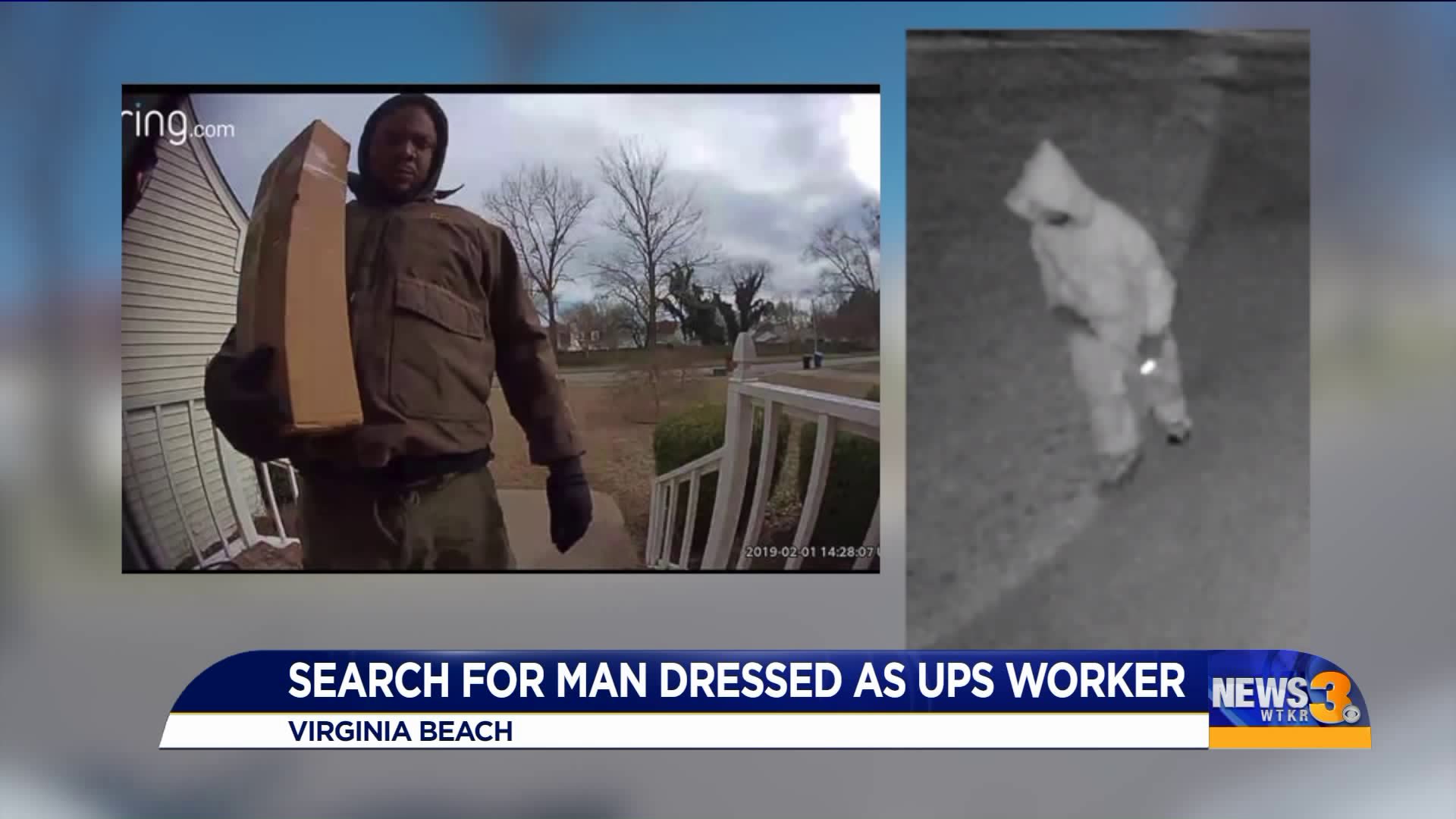 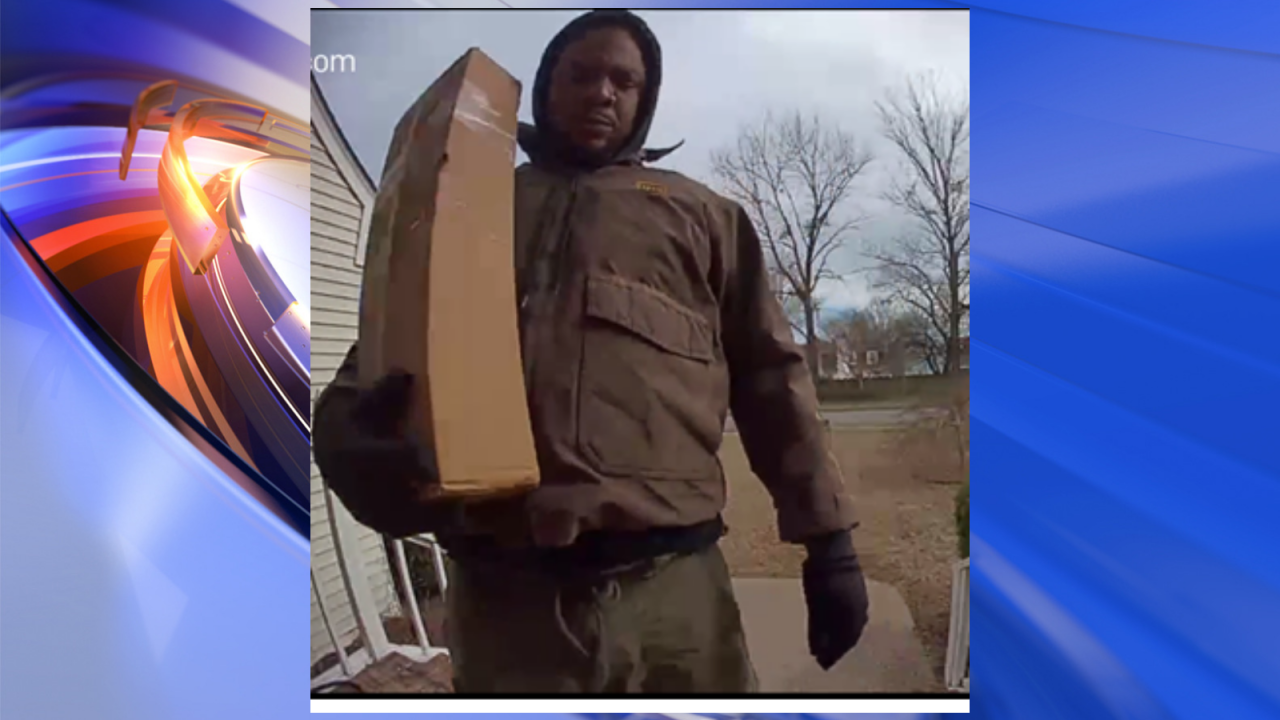 VIRGINIA BEACH, Va. – Virginia Beach Police are looking for a man caught on camera who may have been posing as a UPS delivery driver.

According to investigators, a woman’s home on Lake James Drive was burglarized while she was out of the country.

Her cameras captured two men outside the home on February 1 and February 2.

One was seen wearing a UPS uniform.

The other had on a light-colored outfit. 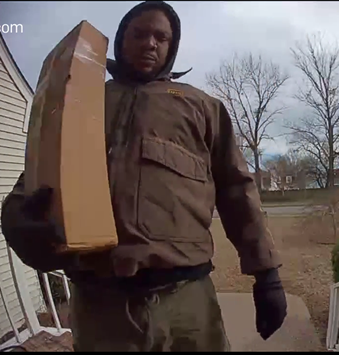 Police said UPS “confirmed that no delivery attempts occurred at the victim’s address on the dates in question.”

VBPD told News 3 "that the person dressed in the UPS uniform is a person of interest in the case and we are looking to identify him.  UPS did confirm that there were no deliveries scheduled that day, and we strongly believe that the individual is not an employee of UPS."

We spoke with the homeowner, who said she still has questions about who was involved in the break-in.

According to an incident report, the burglars got away with a safe and $100,000.

If you know anything about this incident, you are asked to call the Crime Line at 1-888-LOCK-U-UP.