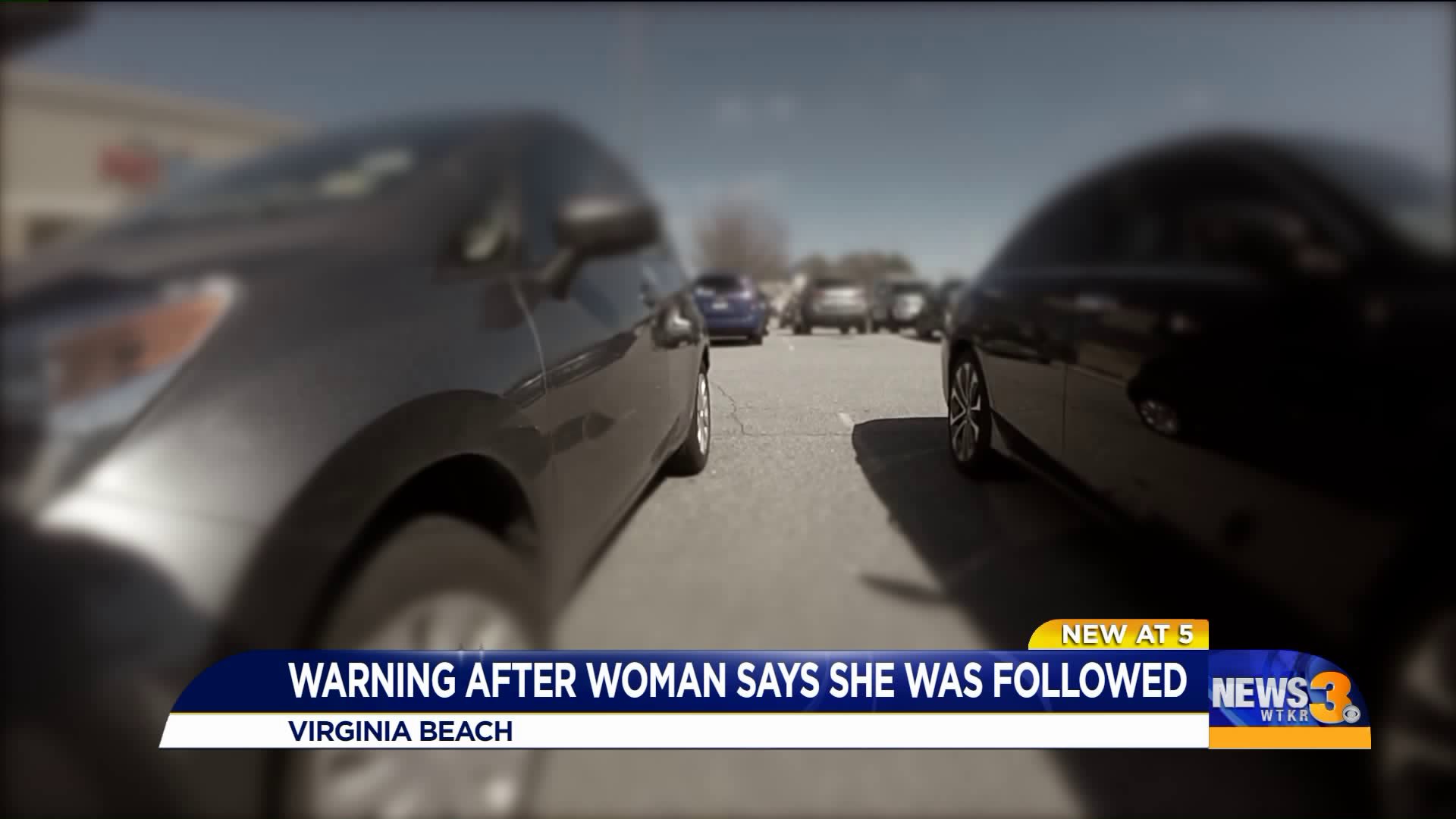 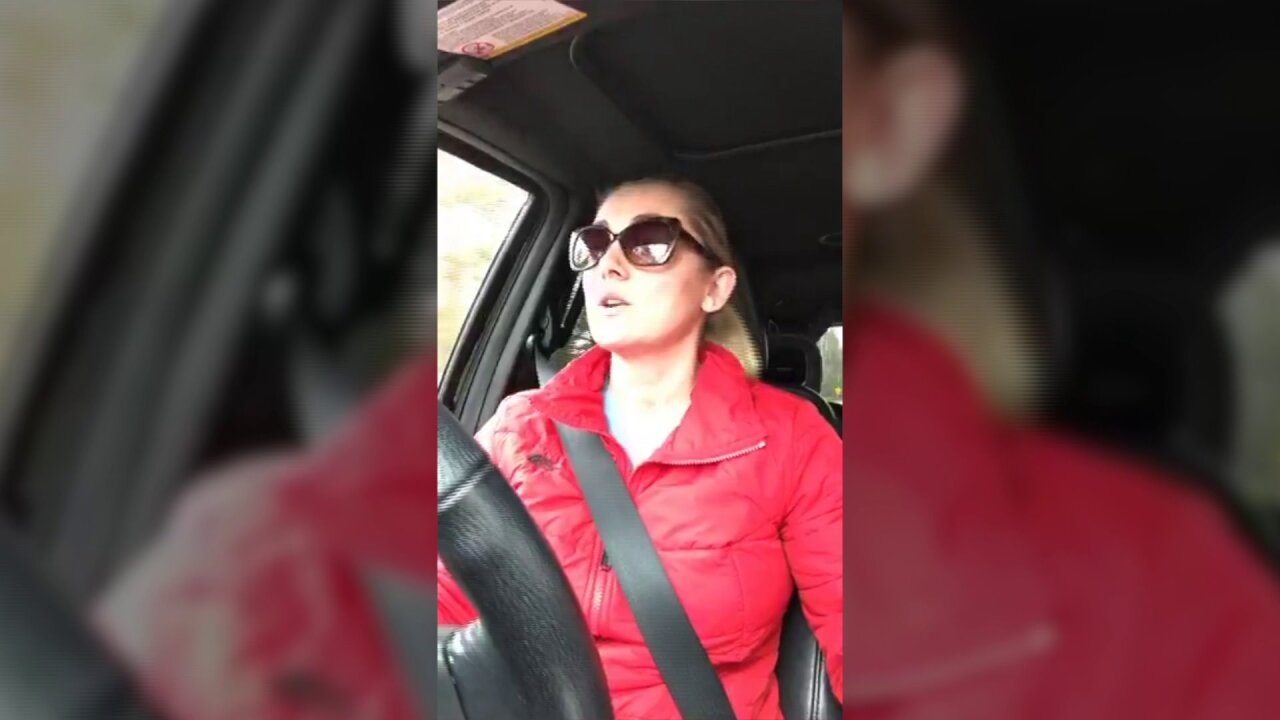 VIRGINIA BEACH, Va. - A video on Facebook urging people to be aware of their surroundings is making its rounds on the internet.

The video, made by Virginia Beach mother Angie Polk, recaps what she considers the scariest moment of her life.

Polk says she was at the PetSmart in the Landstown Shopping Center in Virginia Beach when she noticed a man inside the store. She didn't think much more about the man until she was in the parking lot.

On the video, Polk says she dropped her phone while walking to her car. As she was picking the phone up she saw the man from inside the store was behind her.

Startled, Polk says she said aloud that she forgot something and went back into the store. There she and another employee watched the man walk in the other direction and get into the passenger side of a car on the other side of the parking lot.

After some time passed, Polk says an employee walked her to her car. Once she began driving, she says the car the man was in began following her and continued to make every turn she did. She was eventually able to lose the man by turning into an area 7-Eleven.

While Polk was not hurt, she reported the situation to police and took to social media to spread the warning even further.

Polk's video has more than 42,000 views and more than 1,000 shares. She hopes by talking about what she experienced, people will be more aware of the people around them.

Virginia Beach Police say they took a report of the situation from Polk and from the store. They say if you ever find yourself in a similar situation, the best thing to do is get help.

"If you really feel in danger, call police and then stay around for when the police officer gets there so they can speak to you," explained MPO Tonya Pierce with Virginia Beach Police.

It's also helpful to take note of any description details or car details possible so that police can further investigate.