Leave something behind on a Hampton Roads Transit bus? This is where it goes 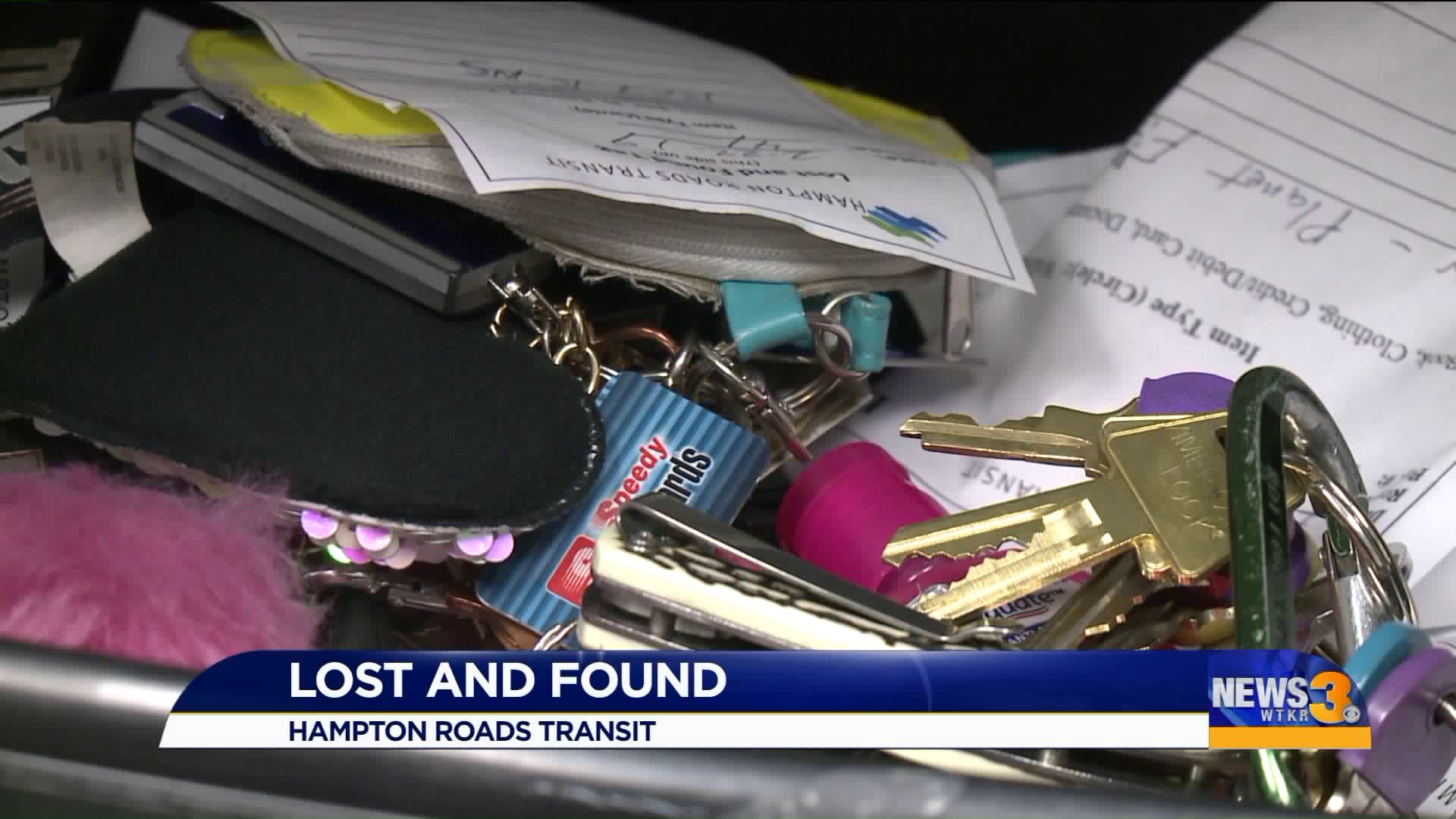 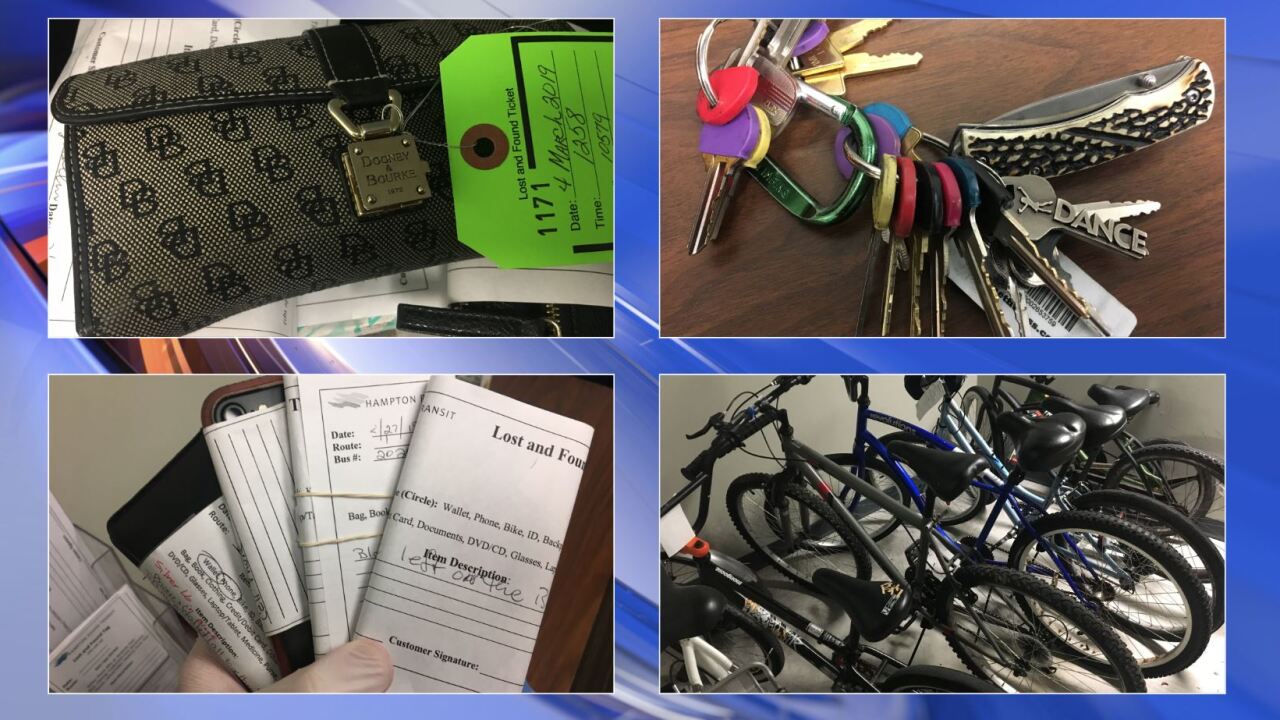 When you walk into the Lost and Found room at the Hampton Roads Transit building on 18th Street in Norfolk, you'll find shelves of...stuff.

It's the landing spot for everything that's left behind on Southside HRT buses, trains and ferries. Well...except for bikes. Those go into a stairwell.

"(We get) usually 10 to 20 items a day," said Matthew Sutherland, Customer Service Lead for HRT. "We've had dentures, a prosthetic leg once..."

Cell phones are left behind more than anything else, Sutherland says. About 50 so far this year and that's not including the lost and found at HRT's Hampton location.

Right now, about a dozen sit in a basket labeled "Touch Screen Phone." Other categories include "Glasses", "Wallets" and "Credit/Debit/Gift Cards."

"At the end of every shift, the operator will search the vehicle for any items, they'll tag it and it'll be collected over here for processing and checking against our list of reports from the customers," he said. "We average around 20 percent return."

Only 20 percent. Amazing when you see what could be considered vital, like medicines and key rings full of keys.

"You would expect people would want them, but unfortunately, it doesn't happen as much as we'd want," said Sutherland.

HRT says the best thing for people to do if they think they've lost something on an HRT vehicle is to call them at (757) 222-6100 and follow prompts for Lost and Found.

"Not only so we can get the report, but if it’s still on the vehicle we can generally give people a heads up on where they can go to try and meet the bus," said Sutherland.

Just do it quickly.

"Every seven to ten business days, we will clear out older items that will be donated," Sutherland said. "Any personal information would be securely shredded and destroyed."

Medicines are disposed of even quicker.