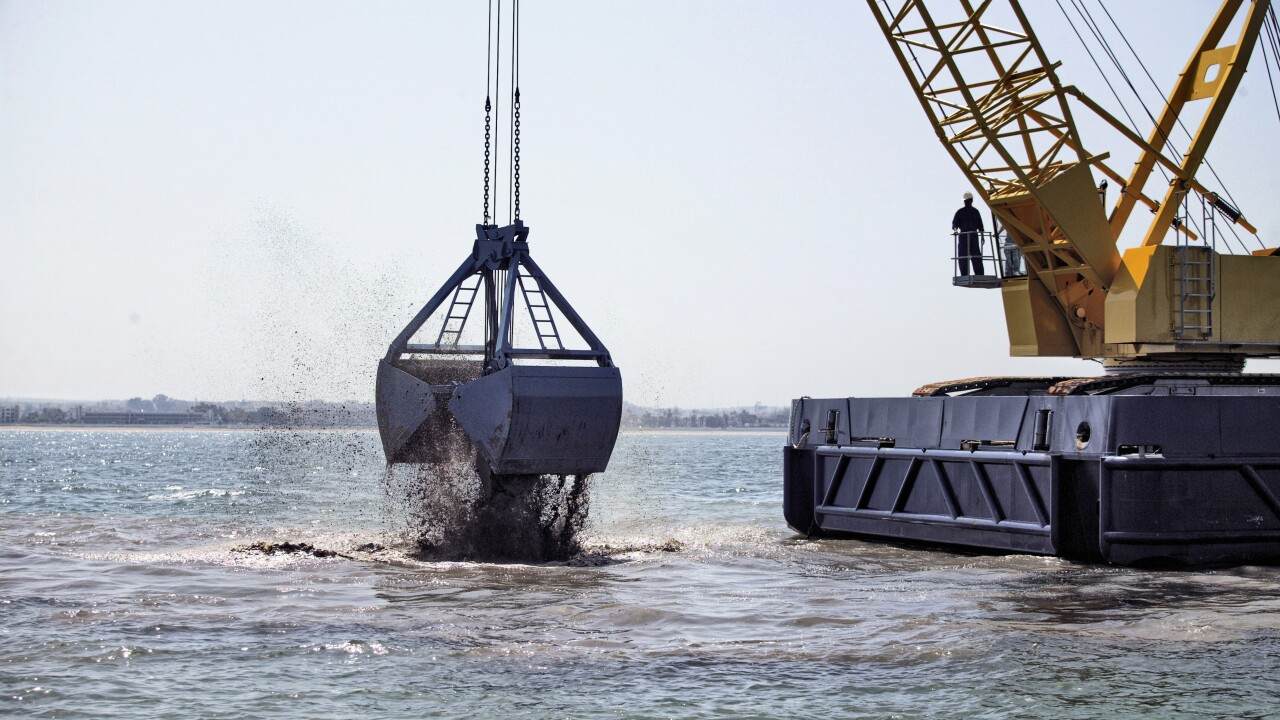 Dredging boat in a Industrial Harbor near Casablanca in Morocco

The dredging is slated to maintain 11 miles of the channel to a depth of 52 feet for the average height of the lowest tide, with one foot of allowable over-depth.

The federal navigation channel project is scheduled begin within the next 30 days and finish by the end of August.

Norfolk District project manager Steve Powell says that the removal of the maintenance material will assist deepening projects in the near future for the Virginia Port Authority – the project’s local sponsor.

The reports say that around 1.73 million cubic yards of dredged material are scheduled for a placement area at the Dam Neck Ocean Disposal Site.

The fine-grain material is said to be unsuitable for beach nourishment and is instead slated for ocean disposal.

Powell also said the district’s next step is issuing a notice to proceed, anticipating that the contractor will commence shortly after.

A hopper dredge will be used, causing no impact to navigation, due to its full sailing capability.