Teen defied his mom and got vaccinated. Now he will testify to Congress about need for vaccines 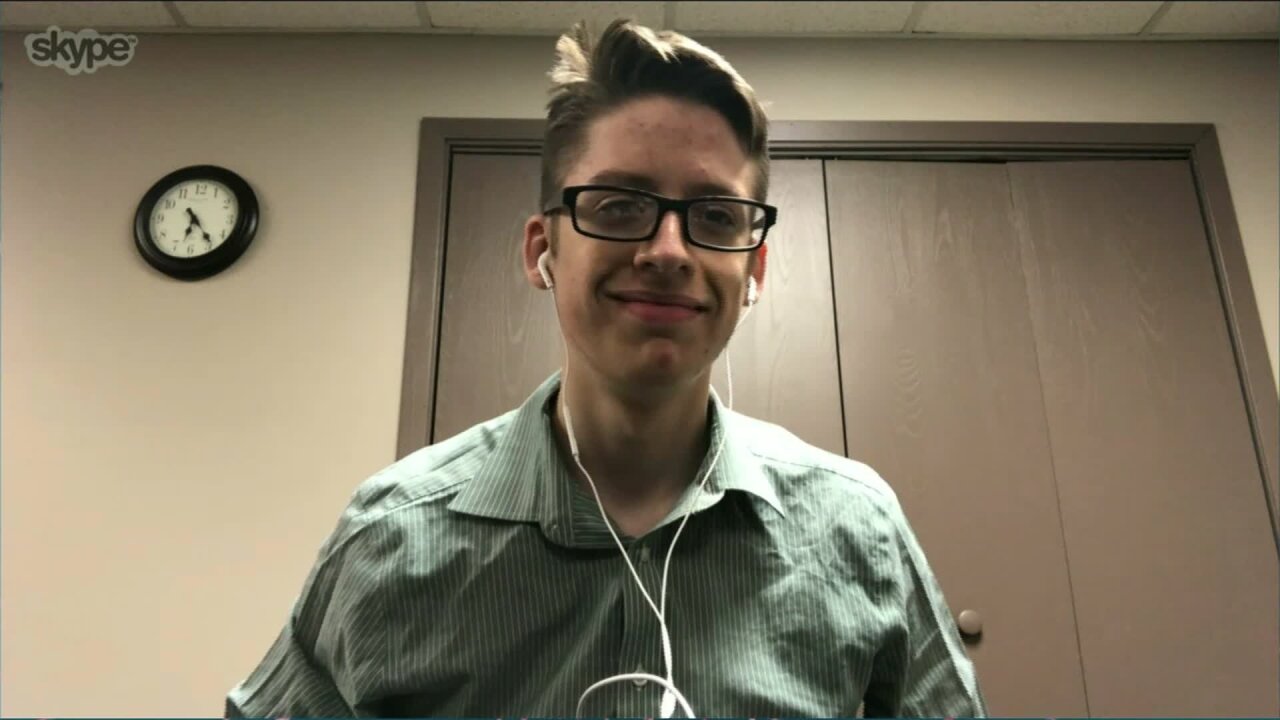 This week, Ethan Lindenberger will stand in front of the US Senate Committee on Health, Education, Labor and Pensions, in a hearing, titled “Vaccines Save Lives: What is Driving Preventable Disease Outbreaks?”

Ethan Lindenberger will testify Tuesday in front of a Senate committee on preventable disease outbreaks and the misinformation that causes them.

But it was just a couple months ago that he hadn’t had a single vaccination. His mother wouldn’t allow it.

“I grew up in an [anti-vaccination] household. My mom didn’t believe that vaccines were beneficial to the health and safety of society and believes that they cause autism, brain damage and other complications. This has been largely debunked by the scientific community,” Lindenberger said in a YouTube video on Saturday.

So, when he turned 18 a few months ago, Lindenberger began getting vaccinated, and he is finally caught up on all his shots.

In a Reddit post in November, the Ohio teen shared his story hoping for advice and information on where he could get vaccinated.

“My parents think vaccines are some kind of government scheme. … I’ve never been vaccinated for anything, god knows how I’m still alive,” Lindenberger wrote in the post.

He later posted an update that he had made an appointment.

“My mom was especially angry but my dad said because I’m 18 he doesn’t care that much. Although my moms (sic) trying to convince me to not do it and saying I don’t care about her, I know that this is something I need to do regardless.”

“I was doing it for my safety and the safety of others,” he said in early February. “My parents are very happy that I’m continuing to express that the importance of a vaccine is beyond just me and other people, and I’m glad to share that story.”

This week, Lindenberger will stand in front of the US Senate Committee on Health, Education, Labor and Pensions, in a hearing called “Vaccines Save Lives: What is Driving Preventable Disease Outbreaks?”

He will speak alongside two professors of pediatrics and epidemiology, the Washington state secretary of health and the president and CEO of the Immune Deficiency Foundation.

Linderberger said he was excited to share the news and is “looking forward to speaking in Washington, D.C.”

Measles cases on the rise nationwide

At least 206 cases of measles have been reported since January 1 in the United States, according to the Centers for Disease Control and Prevention.

That’s 47 more cases than reported last week by the agency.

This is the first time this year the CDC is reporting cases of the vaccine-preventable illness in New Jersey; the other 10 states have reported some cases this year.

The latest update on measles cases nationwide includes illnesses reported by state health departments to the CDC through February 28.

As of Sunday, the number of cases linked to the ongoing Washington state outbreak is 75, including individuals in Oregon, Hawaii and Georgia who became infected in Washington. (Hawaii is not included in the CDC list of states reporting cases because the cases there were reported by Washington.)

Oregon is also reporting two cases not linked to the Washington outbreak.

An outbreak in New York, which began in October when an unvaccinated resident became infected while visiting Israel and returned with the disease, has reported 30 new cases in two Brooklyn communities as of February 26. That outbreak, in observant Jewish neighborhoods, is also affecting communities in Rockland and Orange counties. Since the outbreak began, more than 200 cases have been reported, the largest outbreak the state has faced in decades.

Five cases have been reported in Illinois this year, one of them in the last week; Texas has seen at least eight cases of measles this year, none reported since February 14.

Measles is a highly contagious, vaccine-preventable respiratory illness characterizes by a rash of flat, red spots. Symptoms may include fever, cough, runny nose and watery eyes. The disease was eliminated in the United States in 2000 but is endemic in many other countries, which is how the current outbreaks started.