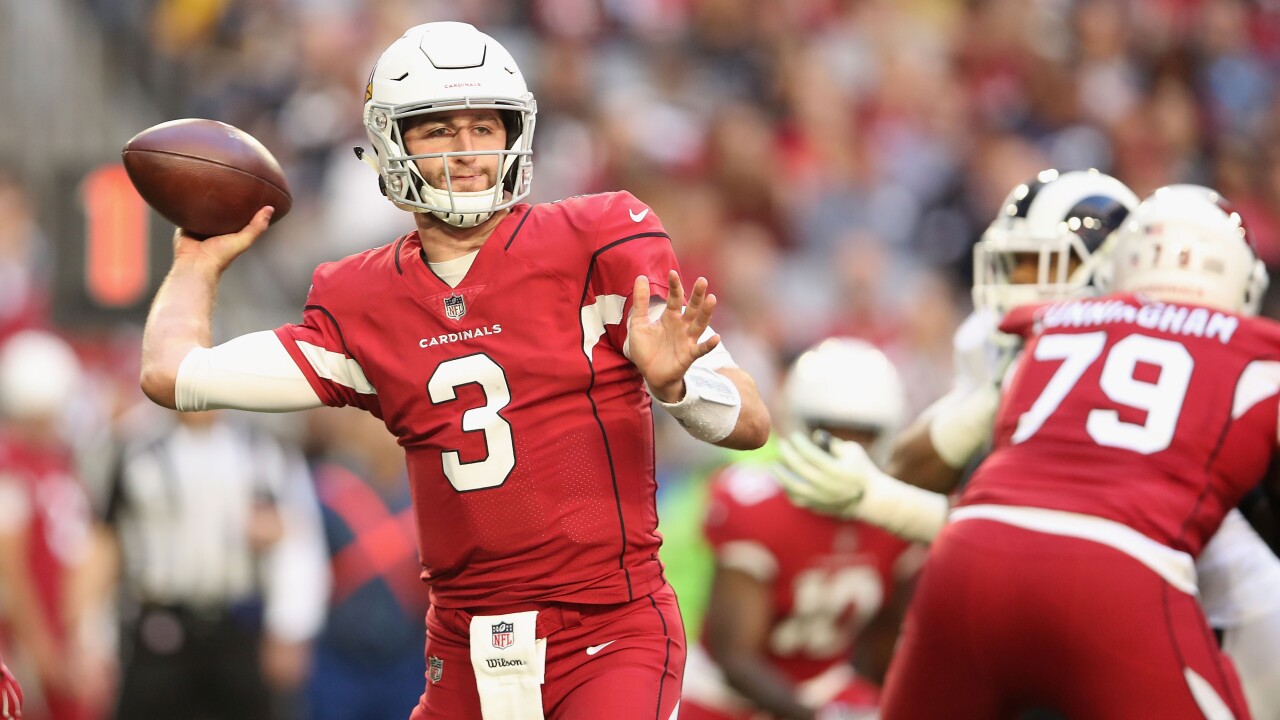 INDIANAPOLIS, Ind. – With uncertainty surrounding the quarterback position at Redskins Park, the NFL Combine served as an opportunity to take a closer look at this year’s crop of signal-callers.

Alex Smith is highly unlikely to put on a jersey for Washington in 2019 despite the teams optimism. Factor that in with the team  holding the No. 15 pick in next month’s NFL Draft, Washington is in prime position to secure a young talent on a cheap contract.

According to DraftAnalyst.com’s Tony Pauline, the Redskins have been taking a closer look at Cardinals starting quarterback Josh Rosen.

Here in Indianapolis sources tell me the Washington Redskins have openly spoken about trading for Josh Rosen, IF the quarterback becomes available.

The 10th overall pick in the 2018 draft is owed a total of $1.98 million in base salary over the next three seasons. A team-friendly contract is a priority, especially for a team carrying Alex Smith’s $20 million cap hit in 2019. Colt McCoy is due a little over $3 million next season as well.

Rosen, a UCLA product, threw for 2,278 yards and 11 touchdowns, and 14 interceptions in 13 starts last season.

The Cardinals are reportedly interested in Oklahoma quarterback and 2018 Heisman winner Kyler Murray with the No. 1 overall draft pick in April.

Kyler Murray will be the No. 1 overall pick and Josh Rosen will likely be traded before free agency starts. The streets is talking and Washington is the likely landing spot for Rosen.