US women’s soccer team honors Cardi B, Malala and Beyoncé on jerseys 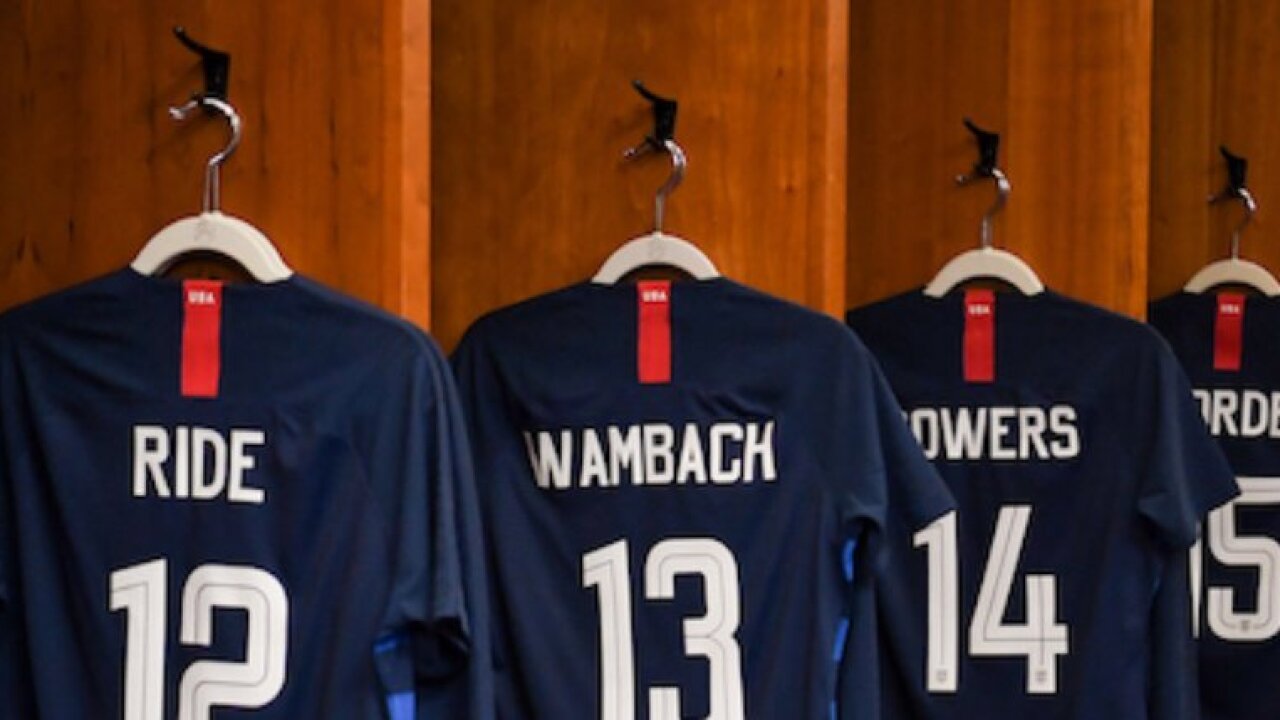 It looked like Cardi B, Beyoncé and Malala Yousafzai were ready to dribble, pass and shoot a soccer ball.

The US Women’s national soccer team (USWNT) left their usual jerseys in the locker room on Saturday to celebrate women who inspire them.

Each player took the field at the Nissan Stadium in Nashville with a different name on the back of their jerseys during their SheBelieves Cup match against England.

Goalkeeper Ashlyn Harris said she picked rapper Cardi B because she is not what people expect her to be.

“She’s just her and doesn’t care being normal and fitting in and being ordinary. I can appreciate that. She owns her story, all of her story. I think a lot of us can learn something from that,” Harris said.

Forward Mallory Pugh had a chance to wear Beyoncé’s name during the match.

“She’s confident and is just a good role model for women in general because she represents something that is so much bigger than herself,” she said of her choice. “She’s inspiring in her industry and all over the world. She is a person who allows and shows women that they can be who they are and flaunt it.”

The team paid tribute to a wide range of women across disciplines and time.

“Malala is someone who stood up for what she believed in even though she knew she could be killed for it. Even after being shot and almost dying she has continued to fight for and inspire women around the world,” said forward Carli Lloyd.

Other iconic women on the uniforms were Maya Angelou and the late Sally Ride — the first American woman to fly in space.

Defender Crystal Dunn said it was Serena Williams who inspired her to become an athlete. Midfielder Andi Sullivan said she learned to believe in herself after hearing former softball player Jessica Mendoza speak at her school.

They also wore the names of Doris Burke, the first female full-time analyst on national NBA broadcasts, and San Francisco 49ers assistant coach Katie Sowers, who became the second woman to get a full-time coaching job in the NFL in 2017.