A Louisiana student applied to the ‘wrong’ SLCC, but people in Salt Lake City are trying to convince her it was fate 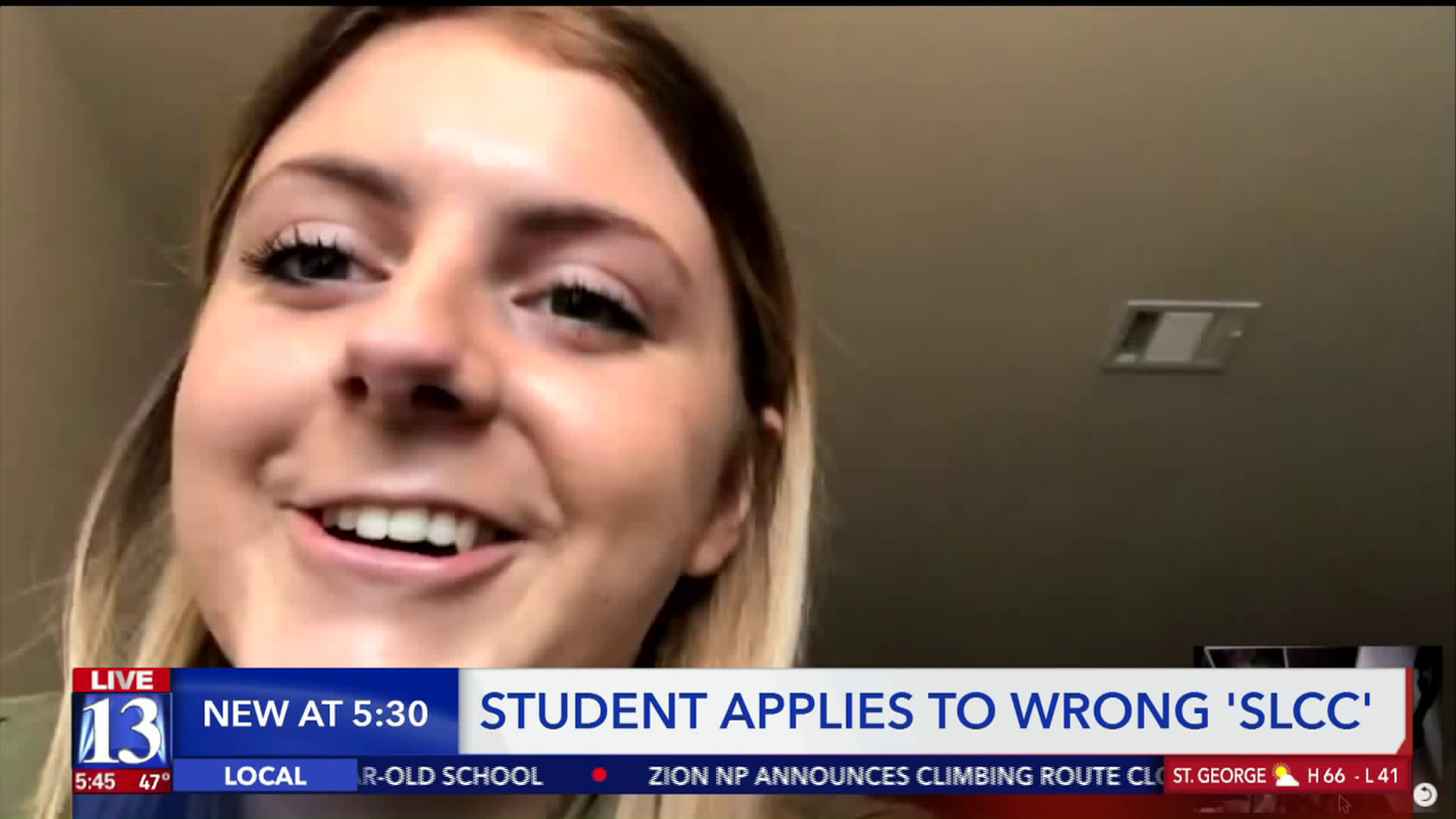 SALT LAKE CITY - A Louisiana student’s college application mixup could be the best mistake she’s ever made.

That’s according to hundreds of Twitter users in Utah luring her to the Beehive State.

University of Louisiana at Lafayette student Kaitlynn Lovelady told KSTU she needed a change of pace when she applied for community college.

While online, she typed in "SLCC," submitted an application, and paid a fee to what she thought was South Louisiana Community College.

“I was just like oblivious,” Lovelady said. “I go and I fill out everything and it was like, oh, okay, I didn’t realize until the very end of the application process that it was Salt Lake City.”

She had no idea Utah would take notice.

“When you look at a tweet you can see how many have seen it. I had over 30,000 interactions with that tweet,” Lovelady said.

Responses from most people urged her to come to Utah, arguing the mistake might be fate or divine intervention.

Lieutenant Governor Spencer Cox retweeted, “Kaitlynn, we don’t know each other but trust me when I tell you that might be the best $40 you’ve ever spent.”

“I was surprised. I was like, the Lieutenant Governor, that’s kind of a big deal,” Loveland said.

“The thing that was all said throughout was how much people love Utah and they all wanted her to have an experience to come here and see this beautiful place,” Salt Lake Community College Spokesperson Sarah Reale said.

Reale admits the mistake is not uncommon between the two schools. They are regularly mistagged on social media.

Salt Lake Community College offered to reimburse Lovelady the $40 application fee, but Lovelady may still have a decision to make. A Utah businessperson who wished to remain anonymous offered to pay for the flight to Salt Lake City so Lovelady could take a campus tour.

Lovelady said she’ll take up the offer and visit Salt Lake City in April. She admits it will be her first time ever leaving Louisiana.