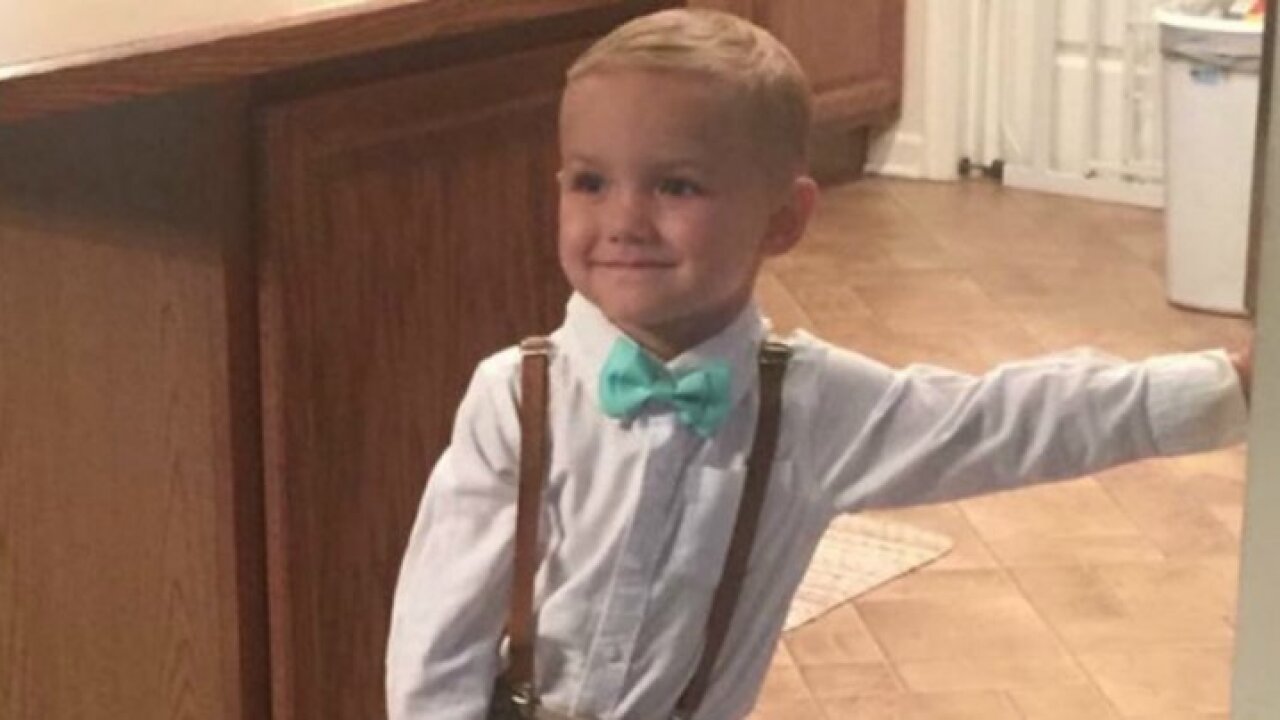 NOTTOWAY COUNTY, Va. (WTVR) – A Virginia mother was acquitted of felony murder Friday afternoon in the death of her five-year-old son.

According to WTVR, Cyndi Gaulding walked away from the courthouse a free woman, for now.

A Nottoway County jury delivered a not guilty verdict on felony murder, but were dead-locked on a felony child abuse charge. A mistrial was declared on that charge.

Tyson Tharpe was killed in March 2017. His cause of death was blunt force trauma to the head, according to the medical examiner. The boy also suffered a laceration to the liver and a crushed testicle.

A year after his death, his mother Gaulding was indicted for felony murder and felony child abuse.

During the trial, prosecutors presented a letter addressed to Nottoway Social Services prior to Tharpe’s death. The letter was written by a VCU doctor and child abuse expert, five months before 5-year-old Tharpe died.

The doctor warned NSS that if the boy was left in the custody of the defendant, his mother, he would most certainly suffer severe injury or death.

That prediction came true in March 2017.

Family and friends showed unwavering support for Tharpe all week and after the verdicts were read Friday. Supporters prayed on the front steps of the courthouse. Some even wore shirts to show their support.

“I am just elated along with all her family and friends, loved ones, nieces. We just appreciate her lawyers,” said Gaulding’s mom Patricia. “God is good.”

“The Commonwealth has to make some decisions about whether they feel its necessary to go forward,” said defense attorney Peter Baruch. “They may do that, they may not. It’s been a tough case for everyone. We are going to regroup and celebrate is not the right word because this is a tragedy, everything has been sad about this.”

The verdicts came Friday after 12 hours of jury deliberation. The judge thanked the jury for performing their civic duty during a tough case. One jury member was visibly upset and trembling, according to reporter Jon Burkett.

“I thank God every day. I get up every morning and I thank God. He does answer prayer,” she said.

Defense lawyers and the prosecution will come back to this courthouse on May 7, 2019, for a status conference to find out if the Commonwealth will retry the felony child abuse case.