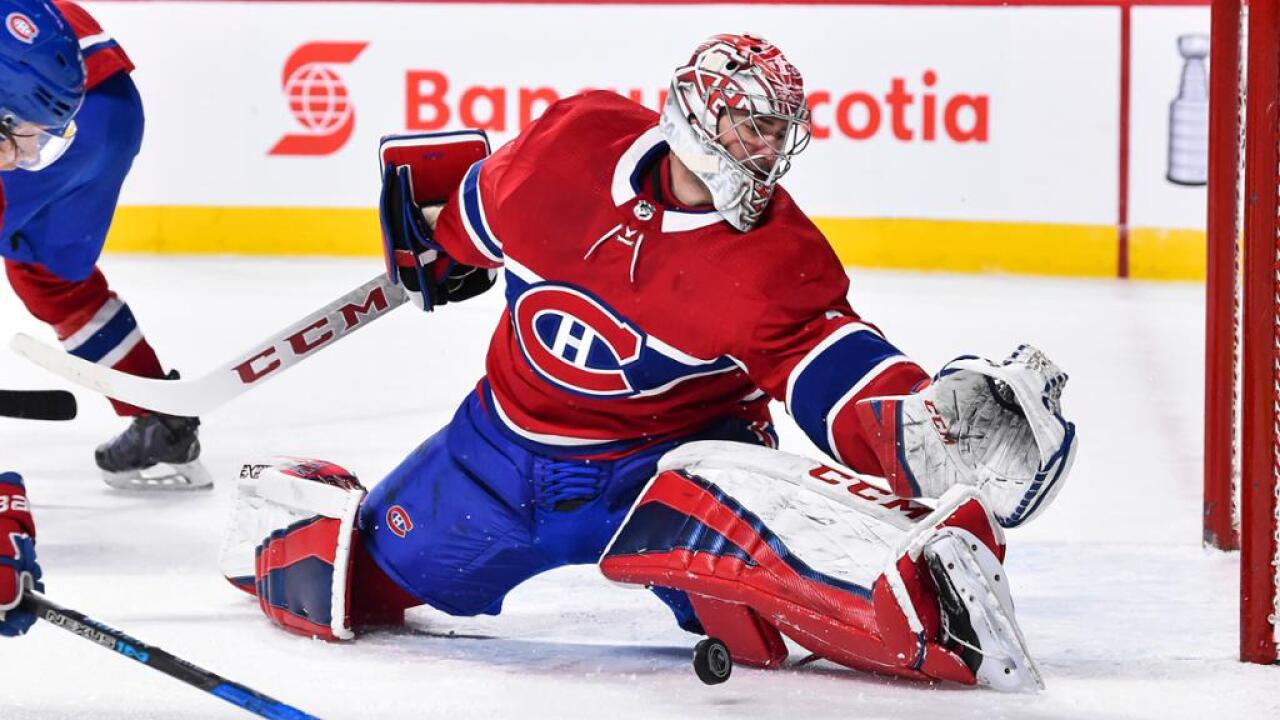 TORONTO, Canada – A woman named Tammy Whitehead on Facebook, posted a very touching post about her nephew Anderson that has gone viral. In the post, Whitehead explains that Anderson’s mother was dying of cancer and only wanted one thing for him, to have his dream of meeting his idol come true. Anderson is a huge fan of the National Hockey League team Montreal Canadiens and his favorite player is the goalie, Casey Price.

The post states that Anderson’s mother “promised she would do everything she could to make his dream come true”. This past Saturday, it did. Anderson got to meet his idol during a morning practice at Scotiabank Arena in Toronto.  The touching moment was captured on video and attached to the viral Facebook post.

The Canadiens would go on Tuesday night to play one of their best games of the season when they defeated the Detroit Red Wings, 8 to 1.

Unfortunately, Anderson’s mother had past before he could meet his Price but we all know she is looking down from heaven with a huge smile.