Father says he wants estranged wife, daughter jailed for life if they killed his son, 4 other family members 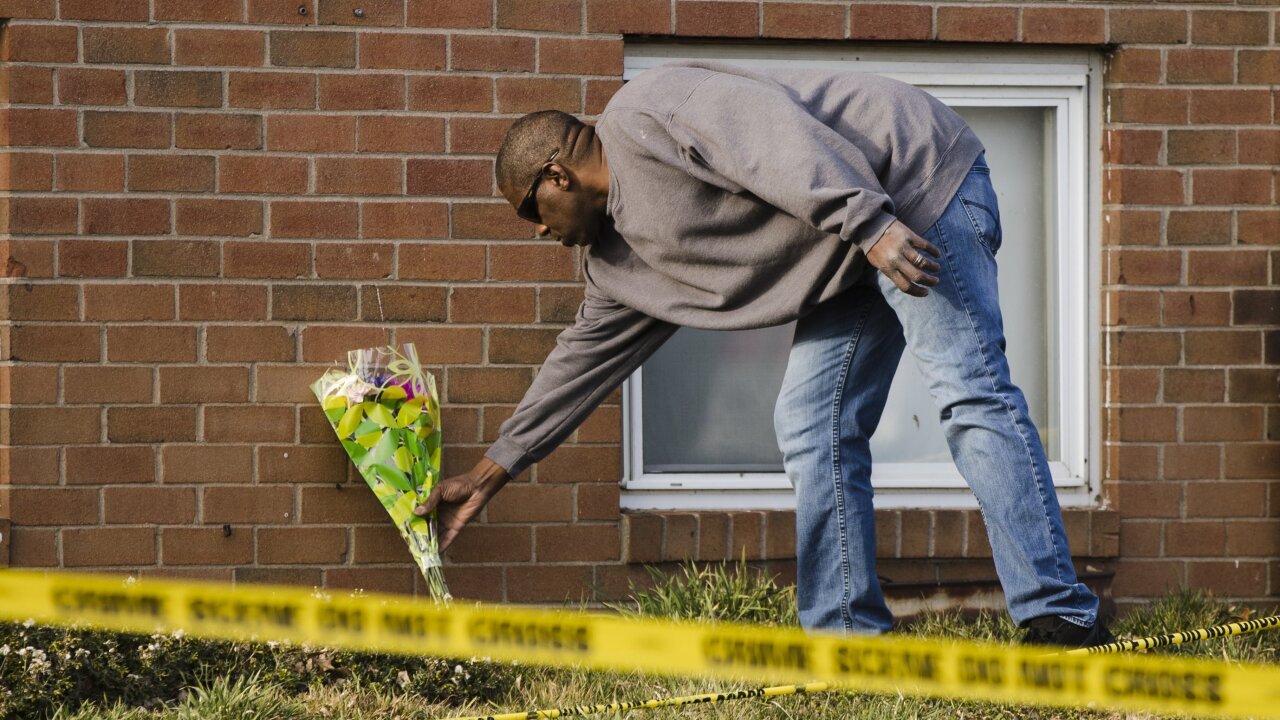 A man places flowers outside the family’s apartment.

Damon Decree Sr. said while he was shocked to learn his estranged wife and daughter were charged with killing his son and four other family members, he wasn’t surprised that something strange was going on in their home.

Decree Sr. spoke to CNN affiliate WTVD about the loss of his son, Damon Decree Jr., whose mother and sister are charged in his death.

Decree Sr. said he believes his estranged wife and daughter were involved in a cult.

“From my niece, apparently they had dissected into some type of cult that they materialized online,” he told the news station. “I don’t know how, what kind of cult. And they were talking about demons being all around them.”

Shana S. Decree, 45, and her 19-year-old daughter Dominique K. Decree are accused in Bucks County of killing their relatives, including three children, at their apartment in Morrisville, Pennsylvania north of Philadelphia.

Shana Decree told detectives the whole family “wanted to die,” according to a probable cause affidavit. But authorities said they are “no closer to understanding” the motive or the chain of events that led to the killings.

The women both have been charged with five counts of homicide and one count of conspiracy, the Bucks County District Attorney’s Office said.

There was broken glass and clutter throughout the apartment when police arrived.

“This been going on for the past month,” Decree Sr. told WTVD. “I mean we been calling children’s services, calling the police.”

A social worker was conducting a surprise visit on Monday when the family was found, according to the affidavit. No one answered the door, so the social worker asked the building’s maintenance crew to check the apartment. Less than 20 minutes later, a maintenance worker called 911. The apartment was in disarray, with the five bodies discovered in one bedroom, the affidavit states. Shana and Dominique Decree were found “disoriented” and taken to a hospital, the document states.

A caseworker with the Bucks County Children and Youth Social Services Agency had visited the family’s apartment at least one previous time, according to the affidavit.

“We’ve been calling and checking and doing everything we needed to do,” Decree Sr. told WTVD. “Every time they went, from my perspective at least, they said the kids were safe and it’s nothing we could do.”

Mother and daughter admit to killings

Initially, Shana and Dominique Decree told investigators that three men carried out the killings, according to the affidavit.

But their story changed, and later both women said that they and Shana’s sister, Campbell, had killed their family members.

“Shana advised that all, including the children, were talking about suicide,” the affidavit says.

In separate interviews with police, the women said they choked the others to death, the affidavit says. Dominique Decree’s neck had visible injuries, police observed.

The cause and manner of the victims’ deaths won’t be available for several weeks as the coroner waits for toxicology results, authorities said.

Decree Sr. is now grieving the loss of his son, allegedly at the hands of his wife and daughter.

“I don’t want them in no insane asylum,” he told WTVD. “I want to see them in jail for the rest of their life.”

Speaking to reporters on Tuesday, Bucks County District Attorney Matthew Weintraub said Shana and Dominique Decree would “be made to pay for their crimes.”

“We’ll do our best to bring justice to those girls and the other three victims,” he said.

It was not immediately clear whether the Decrees have been assigned an attorney.