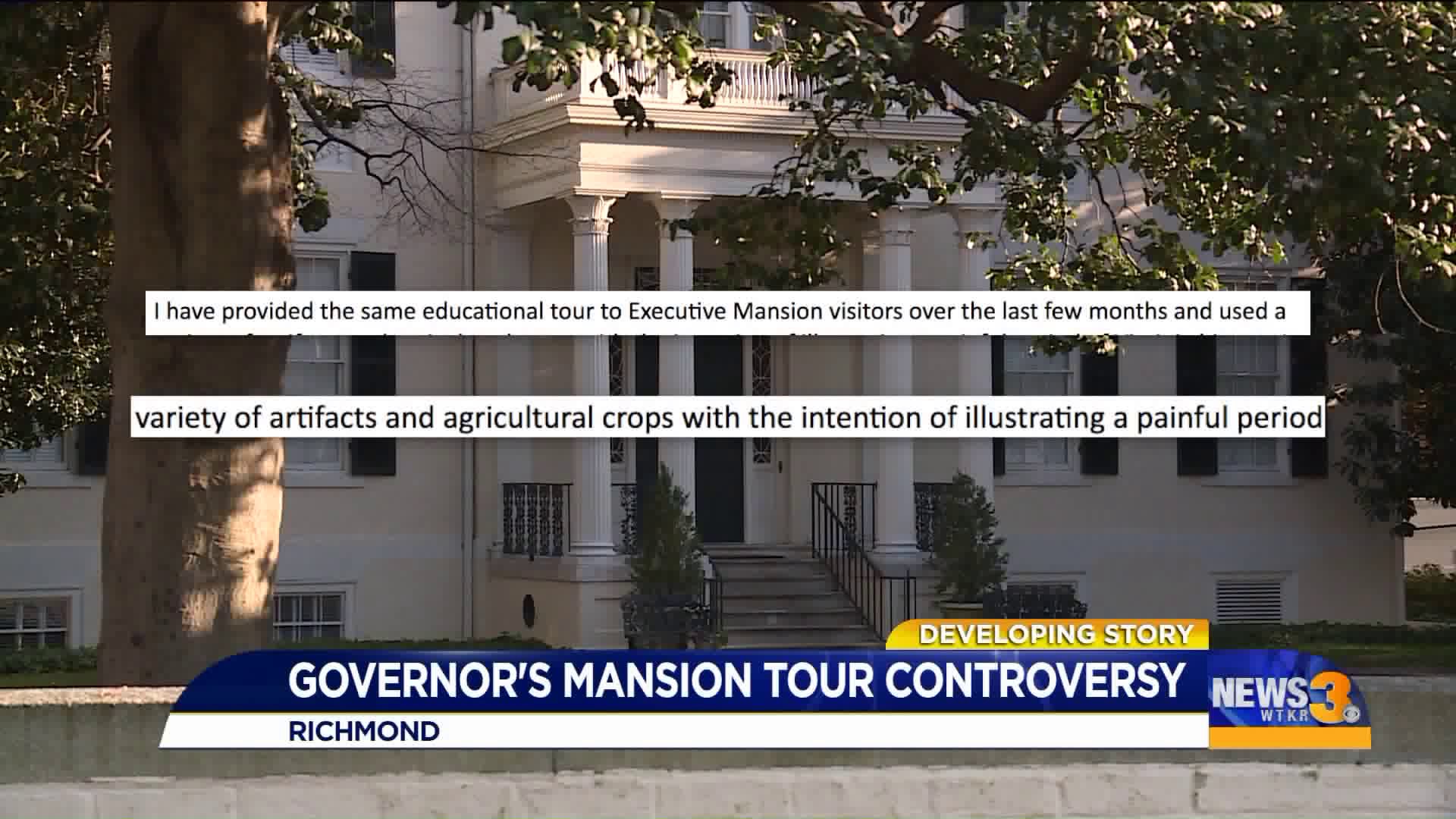 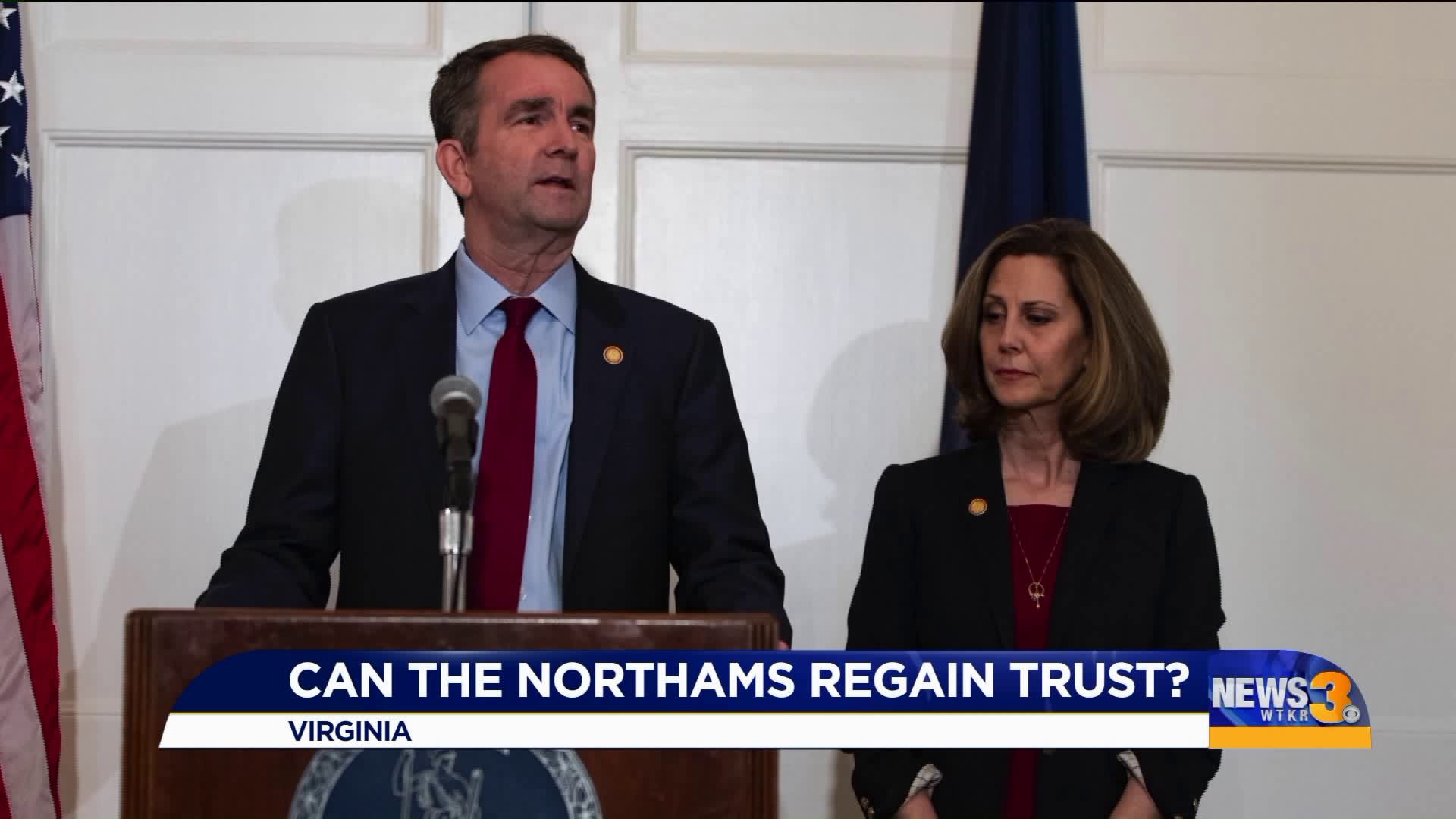 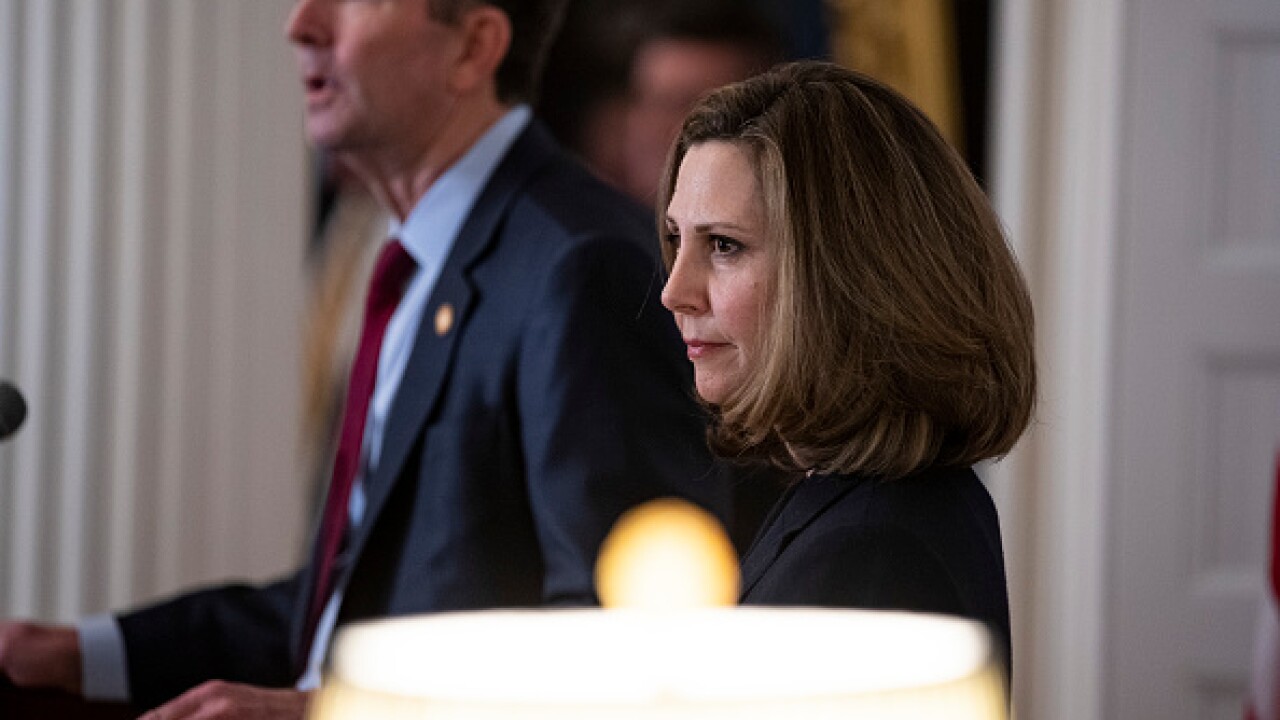 RICHMOND, Va. - Virginia First Lady Pam Northam issued a statement Wednesday in response to accusations of handing out cotton to African American pages during a meeting at the Executive Mansion last week.

According to CBS News reporter Ed O'Keefe, a young participant wrote to the first lady to tell her the interaction was "beyond inappropriate."

RICHMOND, VA - FEBRUARY 02: Pam Northam, wife of Virginia Governor Ralph Northam, listens as he speaks with reporters at a press conference at the Governor's mansion on February 2, 2019 in Richmond, Virginia. Governor Northam denies allegations that he is pictured in a yearbook photo wearing racist attire. (Photo by Alex Edelman/Getty Images)

On February 21, CBS News says the pages briefly met with Northam and her husband, Virginia Gov. Ralph Northam, and posed for photos before being led out to the mansion's gardens. From there, they entered a cottage next to the garden that used to operate as a kitchen, workspace and home for slaves who worked at the mansion.

The letter was obtained by CBS News and News 3 Wednesday night.

"When in the cottage house you were speaking about cotton, and how the slaves had to pick it," the letter says. "There are only three Black pages in the page class of 2019. When you went to hand out the cotton you handed it straight to another African American page, then you proceeded to hand it to me, I did not take it. The other page took the cotton, but it made her very uncomfortable. I will give you the benefit of the doubt, because you gave it to some other pages. But you followed this up by asking: 'Can you imagine being an enslaved person, and having to pick this all day?'"

Multiple sources confirmed to CBS News that three of the 39 Virginia Senate Pages in this year's class are black, which the page mentioned in the letter.

"The comments and just the way you carried yourself during this time was beyond inappropriate, especially considering recent events with the Governor," wrote the young page, whose name is being withheld due to being a minor. "From the time we walked into the mansion to the time in the cottage house, I did not receive a welcoming vibe."

The writer ended the letter saying, "I hope this was a learning experience for everyone involved, and that no one else is subjected to this. I hope to hear back from you soon!"

Northam's office sent News 3 the following statement on her behalf:

As First Lady, I have worked over the course of the last year to begin telling the full story of the Executive Mansion, which has mainly centered on Virginia's governors. The Historic Kitchen should be a feature of Executive Mansion tours, and I believe it does a disservice to Virginians to omit the stories of the enslaved people who lived and worked there--that's why I have been engaged in an effort to thoughtfully and honestly share this important story since I arrived in Richmond.

I have provided the same educational tour to Executive Mansion visitors over the last few months and used a variety of artifacts and agricultural crops with the intention of illustrating a painful period of Virginia history. I regret that I have upset anyone.

I am still committed to chronicling the important history of the Historic Kitchen, and will continue to engage historians and experts on the best way to do so in the future.

CBS says the page's parent is a state Education Department employee, who has said she believes her child.

Ofirah Yheskel, communications director for the governor, strongly denied that Northam singled out black pages during the tours. Yheskel said she has talked with the first lady about the alleged incident since her office learned about the accusation.

This alleged incident comes nearly a month after the governor became embroiled in controversy of his own after a racist photo was found on his 1984 Eastern Virginia Medical School yearbook page.

On Thursday, the First Lady's team tried to clarify what happened, saying Mrs. Northam was not singling out any student. They say she's reached out to the student and the student's mom, but Northam hasn't heard back.