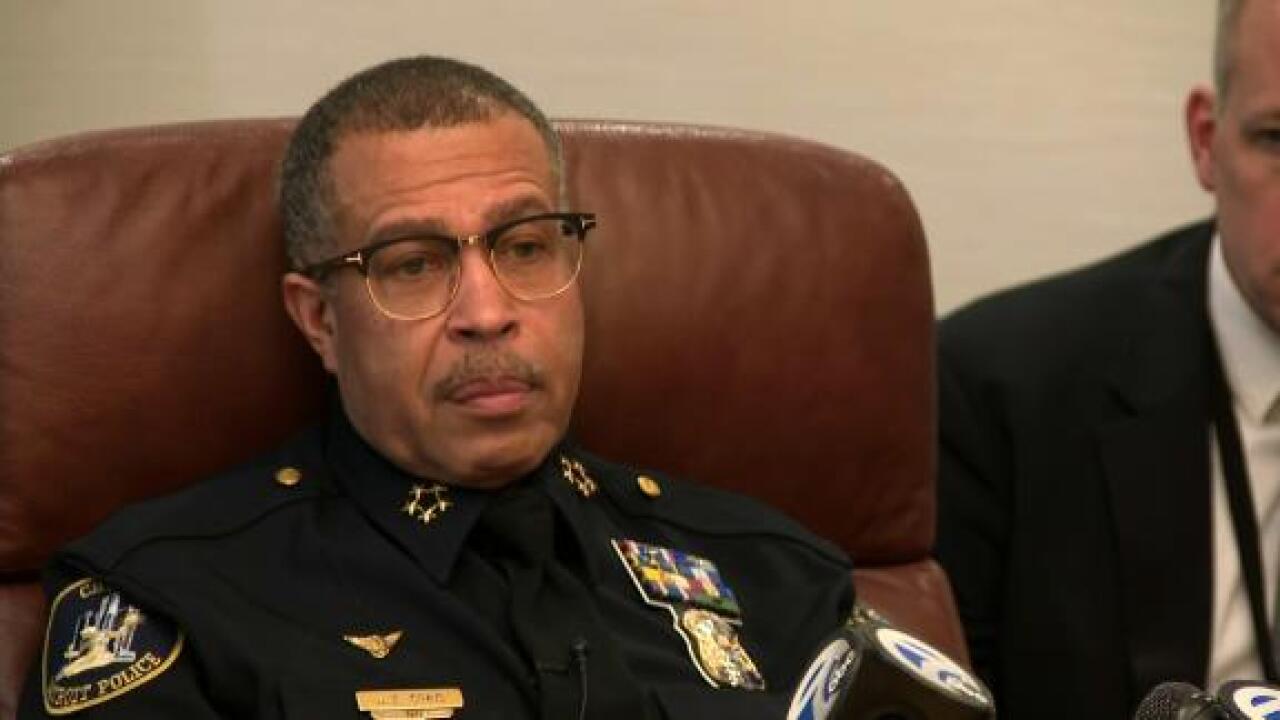 A Detroit police officer who officials say posted racially insensitive comments on Snapchat about a woman whose vehicle was being impounded has been fired, according to the city’s police chief.

Chief James Craig said Wednesday that 24 allegations were brought against Officer Gary Steele, 11 of which were sustained.

“Former police officer Steele has lost the trust of those he served,” the chief said.

The allegations that were sustained fell into three areas: the social media post incident, the improper characterization of a community member, and Steele knowingly making false statements during investigation interviews, Craig said.

CNN has reached out to Steele without success. He had been serving a paid suspension.

The former officer, who was with his partner on the night of January 30, is accused of posting to Snapchat remarks mocking a female motorist who was walking home after she was stopped for an expired registration and her vehicle was being impounded.

The partner was also suspended and faces a disciplinary hearing next week, the chief said.

CNN also reached out to the Detroit Police Officers Association after hours and didn’t get an immediate response.

The woman’s vehicle was towed, and as she walked home in the cold, the former officer — then a corporal — posted a video on Snapchat saying “Bye, Felicia.”

Steele, who was an 18-year veteran, did offer her a ride, Craig said earlier this month, but she declined.

The video also included a “Celebrate Black History Month” filter, with the caption “What black girl magic looks like,” CNN affiliate WXYZ has reported. Craig said the former officer used those terms and others on several occasions.

Craig said the results of the internal investigation will be turned over to county prosecutors for review. He added that the department is looking at other personnel in the precinct where Steele worked to see what systemic issues need to be dealt with.

The chief said several weeks ago that the city paid for the woman’s towing fees.

“The family certainly had some concerns about what they would have to pay to get their vehicle out. The city paid for those fees because we believe the way that young lady was treated was inappropriate,” he said. “I spoke directly to the mother, apologized and advised her that we would be releasing that vehicle.”