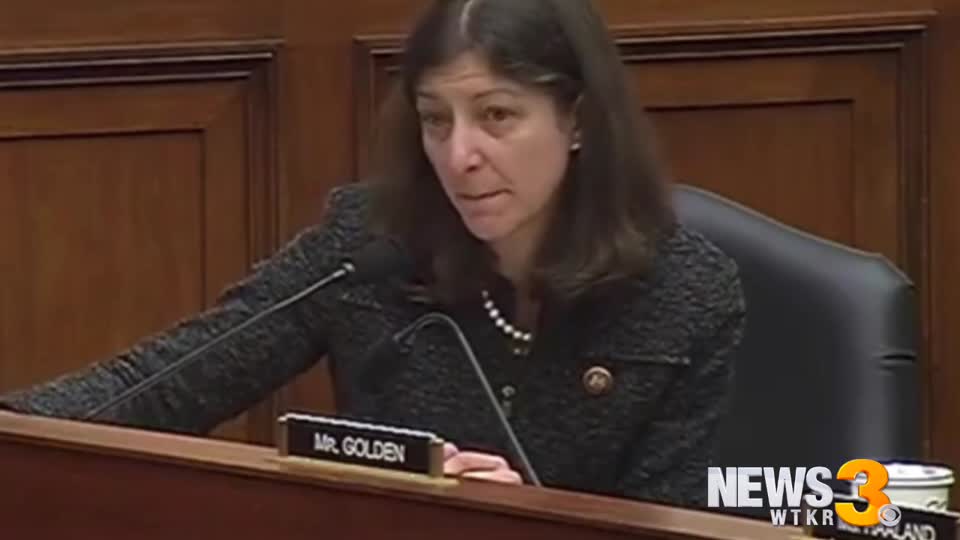 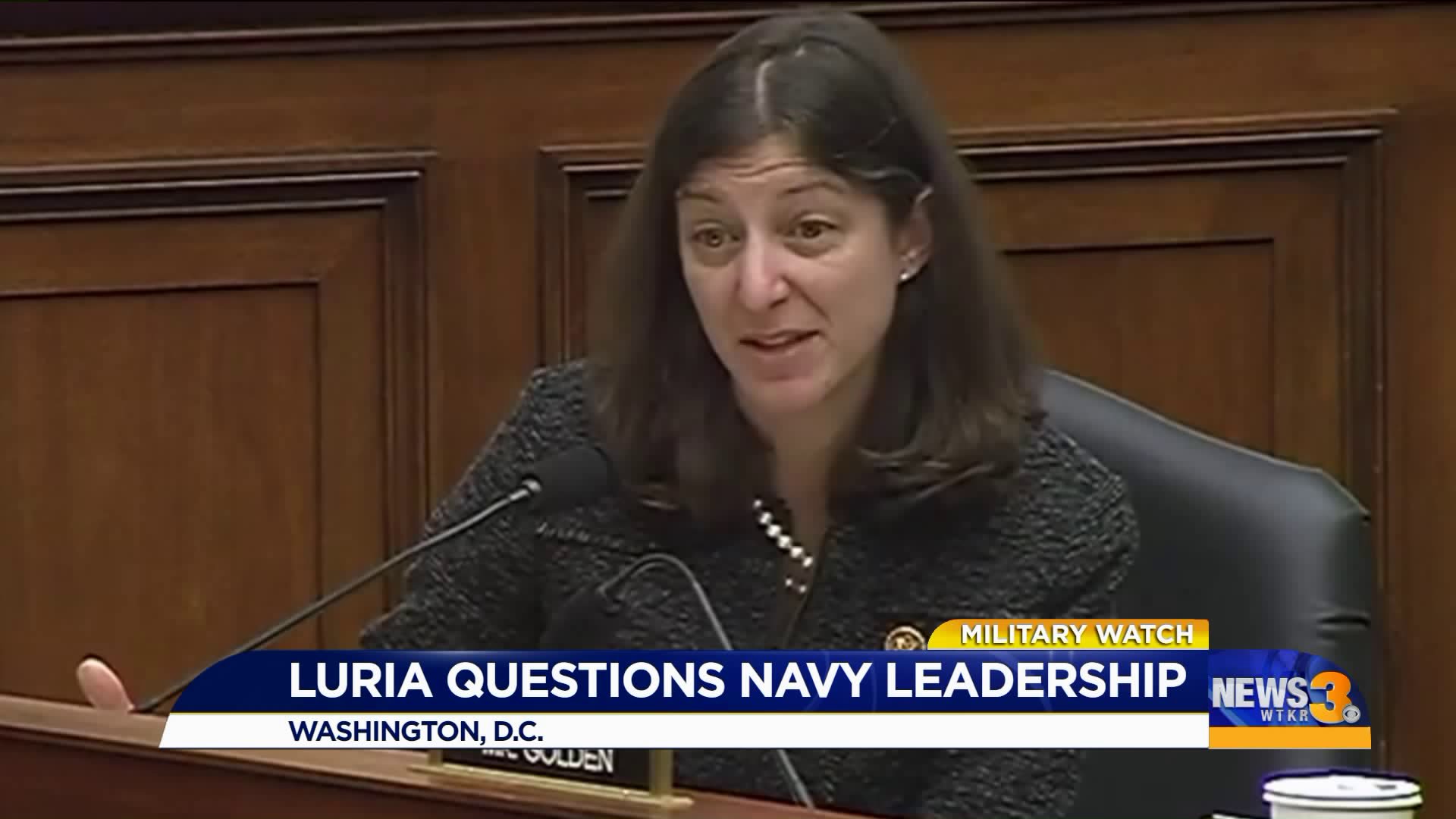 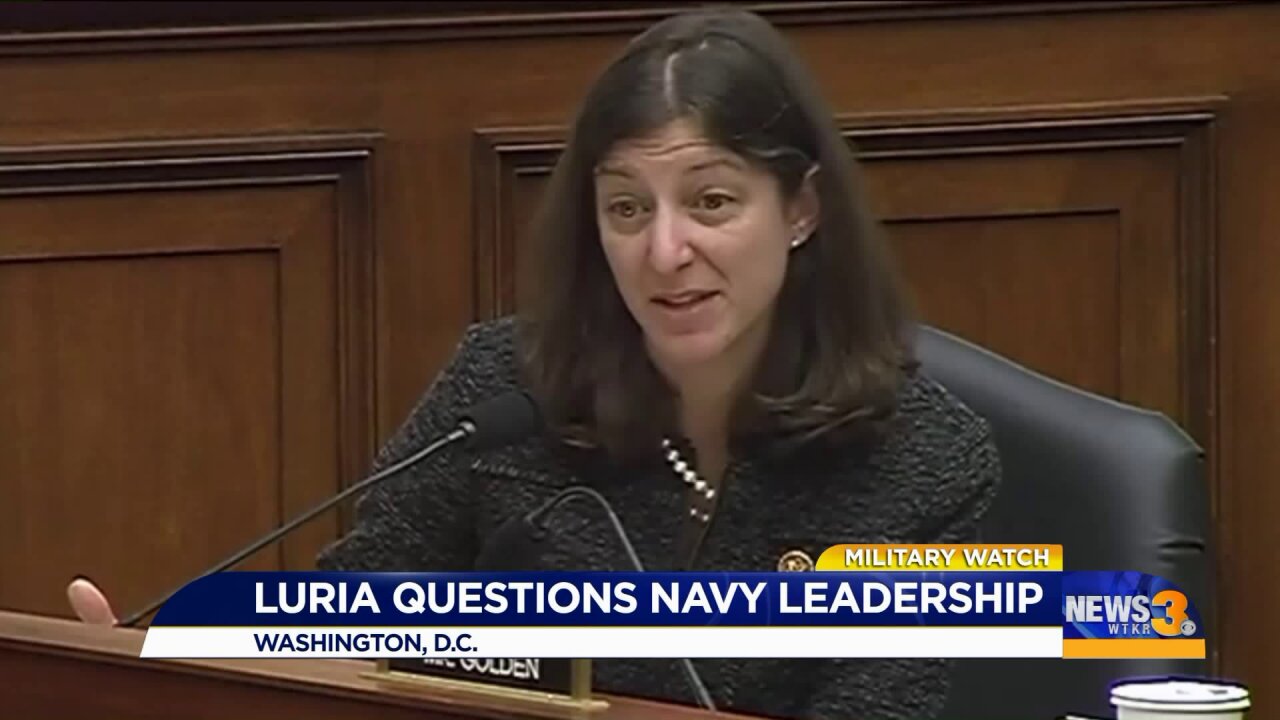 WASHINGTON, D.C. - Two of the Navy's top leaders were questioned by 2nd District Congresswoman and Navy veteran Elaine Luria during a hearing on Tuesday.

The "Naval Surface Forces Readiness: Are Navy Reforms Adequate?" hearing was a joint session of the readiness and seapower subcommittees of the House Armed Services Committee.

The hearing centered around reforms and corrective actions the Navy was taking following two fatal warship collisions in the summer of 2017.

A total of 17 Sailors died during the two collisions.

Luria, a freshman Democrat who represents Virginia's 2nd District in Hampton Roads, is vice chairwoman of the Subcommittee on Seapower and Projection Forces. She served 20 years in the Navy, retiring on June 1, 2017 at the rank of Commander just weeks before the first collision.

During the hearing, Luria asked Navy brass if there was a sense of urgency to make the needed fixes, adding that the 17 Sailors died "because we continue to be incapable of properly manning, training, and equipping our surface forces in my mind to perform the most basic functions of seamanship and navigation."

"Say you had a plane crash. You had 17 people die in this plane crash, and you did an investigation and found out that the pilot didn’t know how to fly his plane. And then we did another report and we found out that most of our pilots didn’t know how to fly planes – do you feel that we’re really putting that same sense of urgency into the corrective actions in our surface force?"

In response, Admiral Aquilino said. "The differences are – I don’t know if it’s very easy to make that similar analogy, but your point is absolutely valid. I think we did focus on efficiency back in a time when there was clearly very extreme pressures on funding."

Luria also questioned whether the Navy has gotten too far away from the basics of navigation.

"We’ve moved away from training to fundamentals. We learned relative motion with a popsicle stick and a grease pencil SPA-25 radar repeater," Luria said. "I feel that we have advances in technology that are very important and are very critical tools but just from my personal experience my observation is that we’ve moved away from the absolute fundamentals behind the technology that we use."

The Navy has revamped some surface training for junior officers following the 2017 deadly collisions.