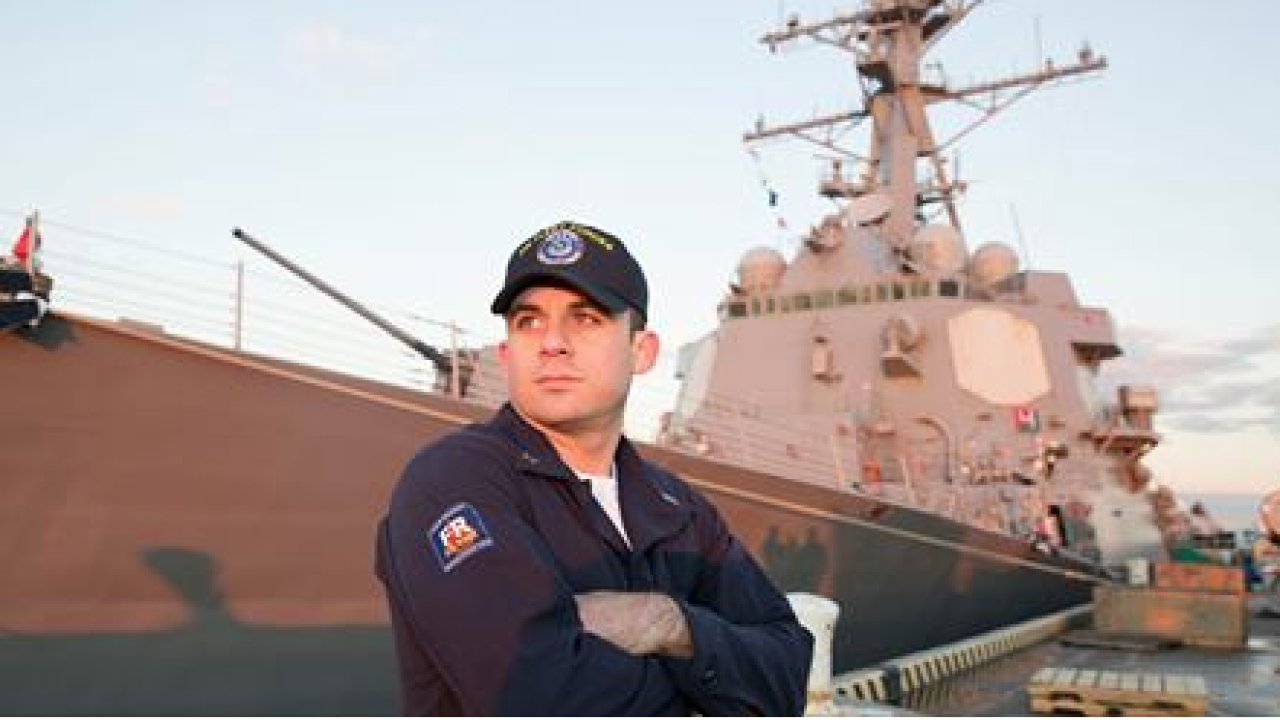 U.S. Fleet Forces Command will begin a second round of testing later this year on a two-piece organizational clothing variant that offers flame resistance.

This moves the Navy one step closer to delivering a safe, comfortable, no-cost alternative to the Improved Flame Resistant Variant coveralls, with the same travel flexibility as the Type III working uniform.

USFF began initial wear tests on the two-piece variants from May through September of last year and collected feedback from about 200 wear-test participants across surface, aviation and submarine communities from colors and design, to comfort and options like buttons and hook-and-loop fasteners.

Fleet survey response data showed that Sailors liked the functionality of the Type III but would like to see the design in traditional Navy uniform colors.

More than 70 percent of E-6 and junior Sailors surveyed liked the navy blue blouse and trouser while a khaki version was the preference for chiefs and officers.

“Leaders are listening to the fleet when it comes to this design,” said USFF Fleet Master Chief Rick O’Rawe, a wear-test participant. “We have an obligation to keep our Sailors safe in inherently dangerous environments, but we also want to be mindful of their time. This is going to be something that’s safe, easy to maintain, and doesn’t require half-masting of coveralls when it’s hot or having to change clothes every time you leave the ship. Never again should we have to pass the words ‘all hands shift into the uniform for entering port or getting underway.’”

The new and updated design will be tested by 100 officers and enlisted Sailors to see how well it performs from wash-to-wear without ironing, and how it holds up to laundering.

The two-piece variant allows for de-blousing in extreme climates and challenging work environments. An undershirt will continue to be tested with a flame-resistant, moisture-wicking fabric in black.

Once the design is approved, the prototype will serve as an alternative to the IFRV coverall for operational commands.