Independent could shake up 2020 race 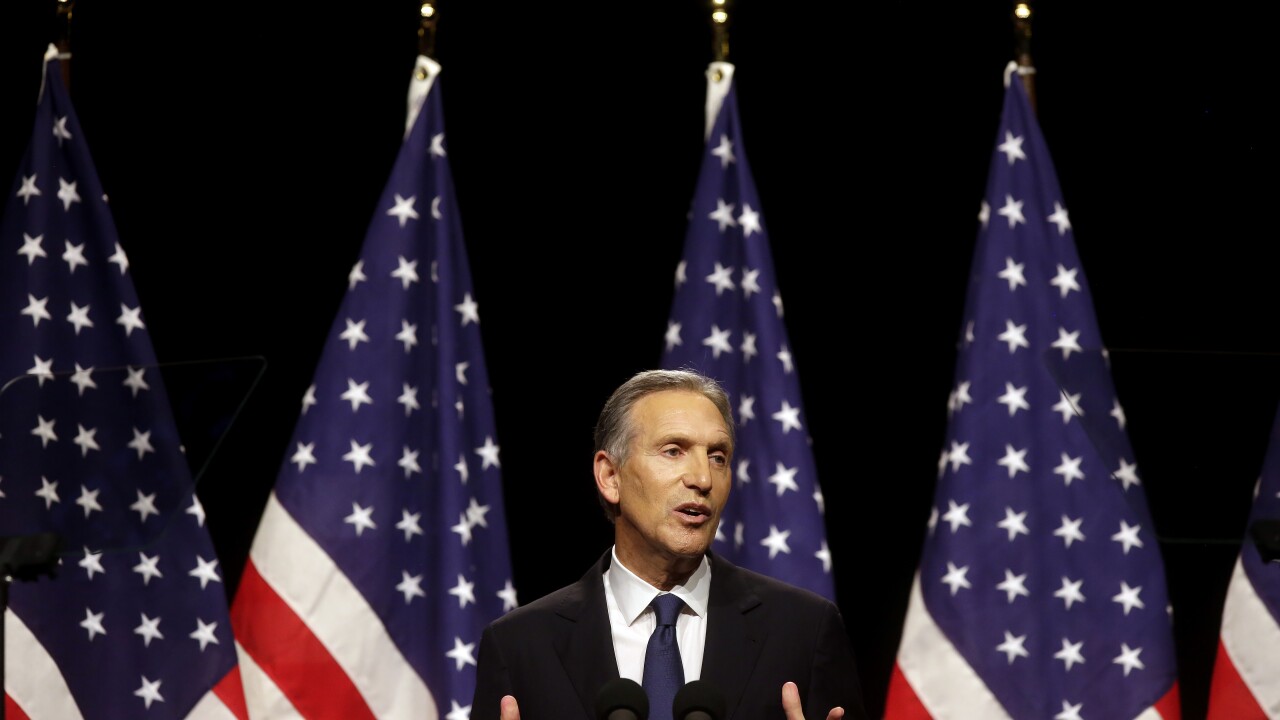 A new poll conducted by a local university shows an Independent candidate could have a big impact on the 2020 Presidential Race. The survey by Christopher Newport University’s Wason Center for Public Policy shows the entrance of an Independent candidate would change the race from one in which President Trump trails a “generic Democratic party nominee” by eleven points to a race that is a dead heat.

Former Starbucks CEO Howard Shultz has said he is considering an independent bid, even though he is a lifelong Democrat. He says he would be a “centrist” candidate. The Wason Center poll shows that with an Independent in the race Democrats lose five voters to every one that Mr. Trump loses, increasing President Trump’s chances to win another term.

Many Democrats have expressed concern that an Independent would cost Democrats votes. As recently as Monday billionaire Warren Buffett expressed that concern when asked about a possible Shultz run. Buffett does like one person considering a run: fellow billionaire and former New York City Mayor Michael Bloomberg. Bloomberg is considering running but has not yet made an announcement.