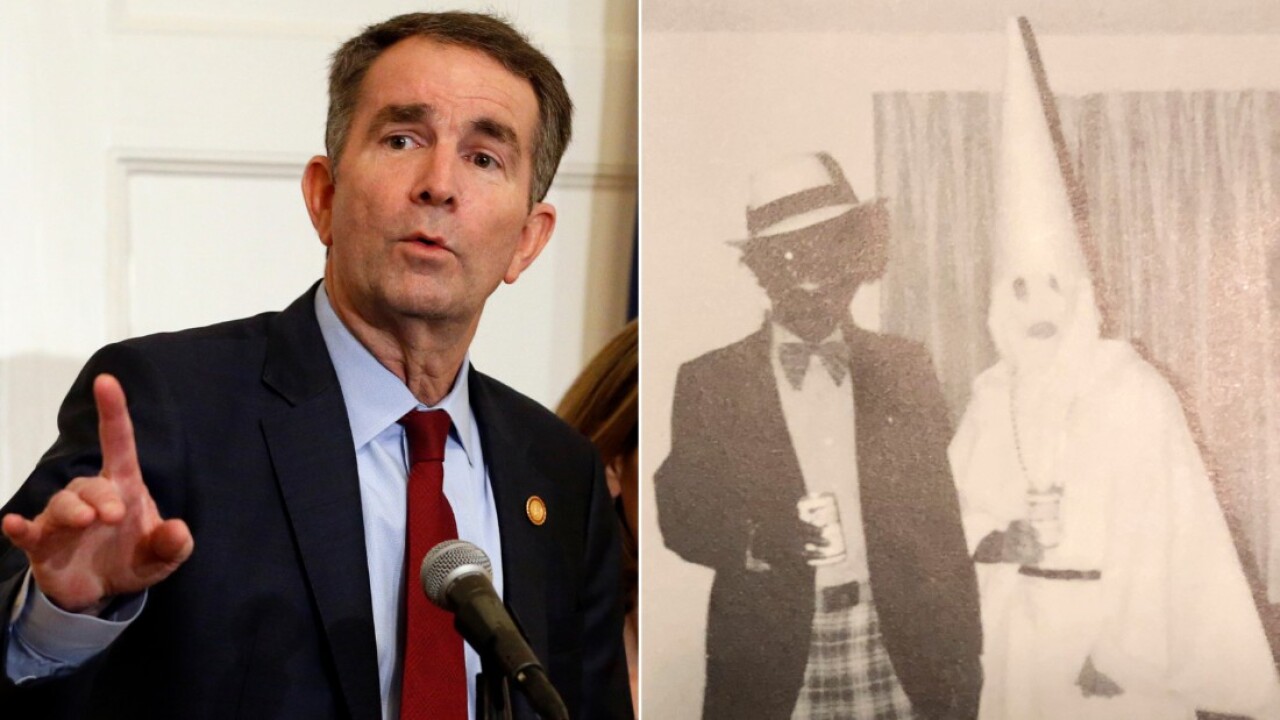 RICHMOND, Va. – The General Assembly ended Sunday, but the scandals facing top state officials still linger at the Capitol, and groups are calling for action.

A group working to end racism called for Gov. Ralph Northam, Attorney General Mark Herring and Senate Majority Leader Thomas Norment — who all have been linked to racially offensive behavior — to attend workshops on dismantling racism, allow localities to remove Confederate monuments and “make amends” for their past.

Earlier in the month, it was brought to light that Northam, Herring and Norment were all associated with separate and unrelated instances of blackface years before they were elected into office.

In a press release, the organization called for officials to:

“Simply asserting that the past is the past will not dispel our sense of betrayal and alarm,” said Del McWhorter, the group’s chairperson. “We need to see concrete evidence of genuine commitment to racial justice, to confronting and righting the wrongs of the past.”

McWhorter called for the removal of 223 Confederate monuments scattered throughout the state. For that to happen, the suspension of the “Dillon Rule” would be necessary. The Dillon Rule was established by the Virginia Supreme Court 31 years after the Civil War and limits local governments’ authority to pass ordinances only when the General Assembly allows; localities need state permission to erect and remove statues.

Whether to remove Confederate monuments in Virginia has been a long-standing debate, with Richmond’s Monument Avenue often at the center of it. Monument Avenue was specifically designed to commemorate Confederate leaders Robert E. Lee, J.E.B. Stuart, Jefferson Davis, Stonewall Jackson and Matthew Fontaine Maury.

Arguing beyond blackface, the organization demanded that Northam stop what the organization considers racist policies. Many groups want Northam to halt the controversial plan to build a $7 million natural gas compressor in Union Hill, a predominantly black neighborhood. Virginia Organizing said that needs to be the first step to address environmental racism.

In January, the Virginia Air Pollution Control Board approved a permit that would allow the construction of the compressor. Opponents of the bill are worried that the exhaust from the compressor could lead to environmental consequences to those who live there. Northam received criticism for removing two board members, who opposed the compressor, before the vote.  The board members terms had expired but were allowed to participate in the vote prior to their removal.

The state leaders have also been invited to attend a “Dismantling Racism” workshop held by Virginia Organizing. The workshops, according to the group, use exercises based on “personal experiences, shared learning and critical thinking on societal institutions,” to provide a better understanding of race relations.

“If these past racist actions express these men’s current commitments, attitudes, or unconscious affiliations in any way, we believe they have no place in public office,” McWhorter said. “There is no room in democratic government for white supremacy.”