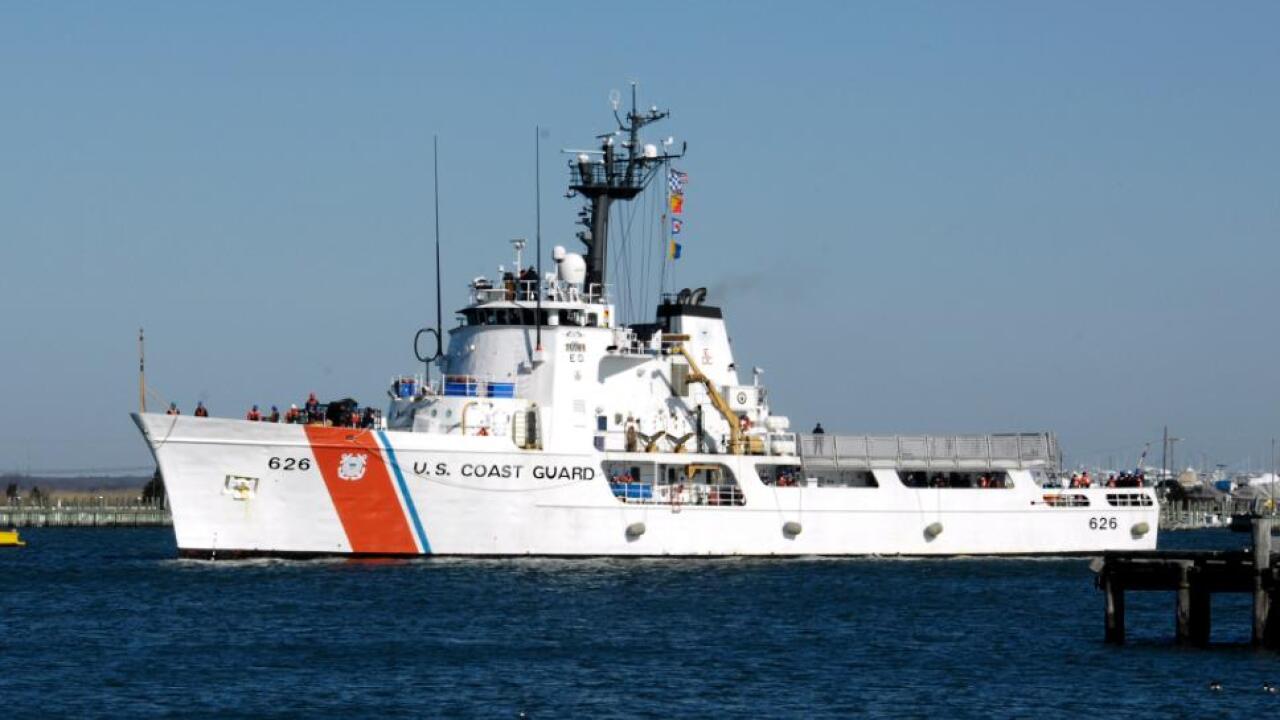 VIRGINIA BEACH, Va. — The Coast Guard Cutter Dependable crew returned to Virginia Beach on Monday after a 59-day patrol in the Eastern Pacific Ocean where they seized $44 million in cocaine.

The Dependable’s boarding team intercepted a go-fast vessel that was off the coast of Mexico that was made fit to smuggle contraband. The boarding team confirmed that the ship was carrying illicit narcotics as well as three suspected drug smugglers.

Around 1,235 pounds of cocaine worth an estimated street value of $18 million was seized as a result of the interdiction.

Additionally, the Dependable crew worked with four partner assets to patrol an operational area roughly the size of the U.S. The cutter’s crew worked with the U.S. Navy and Customs and Border Protection Maritime Patrol Aircraft to conduct aerial surveillance alongside other Coast Guard cutters patrolling the region.

The Dependable crew was able to assist Coast Guard Cutter Alert’s crew with a transfer of drugs and suspected smugglers apprehended in previous interdictions as a result of the collaborations.

The Dependable crew leveraged the cutter’s embarked Helicopter Interdiction Tactical Squadron, the members of which launched in an MH-65 Dolphin helicopter and disrupted a drug smuggling operation.

The squadron seized an estimated 1,653 pounds of cocaine worth an approximate street value of $25 million intended to be delivered to Mexico.

The Dependable crew sailed 12,904 miles and traveled as far south as the Galapagos Islands and as far west as Acapulco, Mexico.

Teams from Tactical Law Enforcement Team South, that are based in Miami, Florida and HITRON, based in Jacksonville, Florida were aboard for the patrol in addition to the permanent crew members.

The Virginia Beach-based Cutter Dependable is a 210-foot, Reliance Class, Medium Endurance Cutter with a 77 permanent crew members. They conduct homeland security missions in the offshore waters of the Western Hemisphere, from New England to the Caribbean Sea and Eastern Pacific.