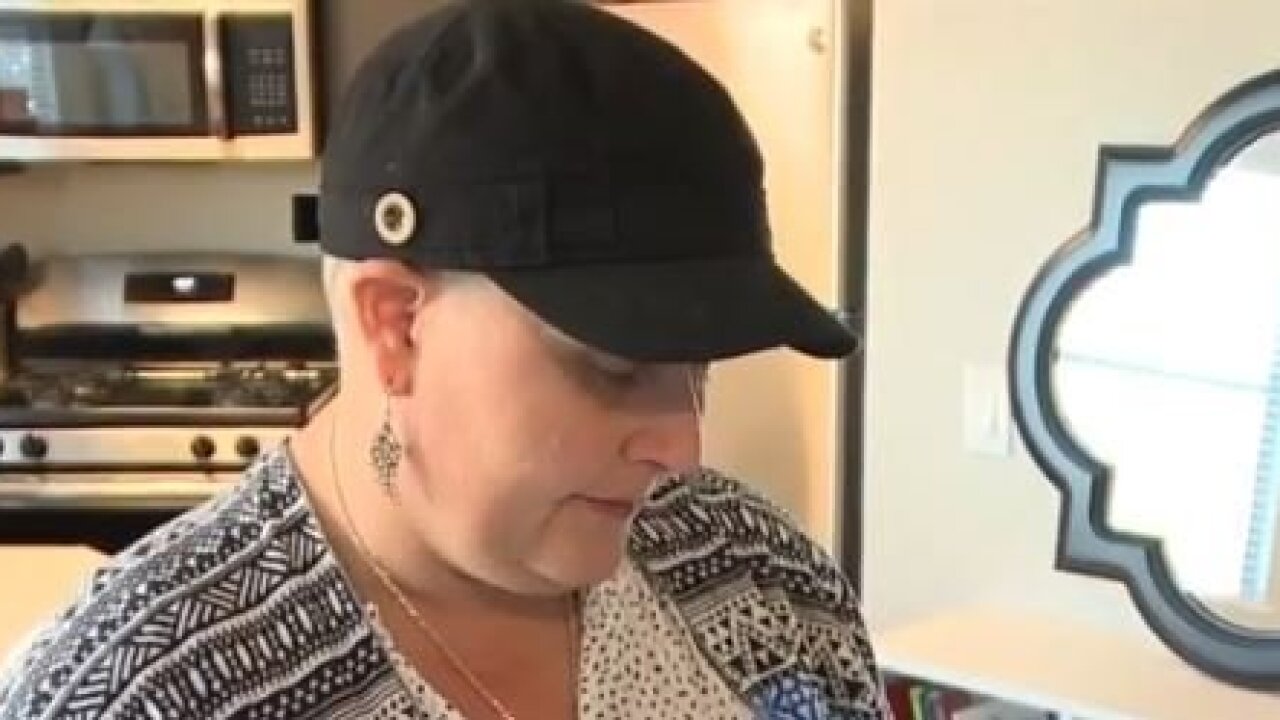 **Embargo: Las Vegas, NV** A Las Vegas mother and stage 2 breast cancer patient says she was heart broken and humiliated after skate rink staff denied her entry because she was wearing a hat that violated their ‘no hat’ policy.

**Embargo: Las Vegas, NV**
A Las Vegas mother and stage 2 breast cancer patient says she was heart broken and humiliated after skate rink staff denied her entry because she was wearing a hat that violated their ‘no hat’ policy.

Las Vegas, NV (KTNV) — A Las Vegas mother and stage 2 breast cancer patient says she was heartbroken and humiliated after skate rink staff denied her entry because she was wearing a hat that violated their “no hat” policy.

“This is the last thing I ever expected to happen,” said Christie Batson.

Batson said on Sunday, she went to the Crystal Palace Skating Center on Boulder Highway near Flamingo Road to drop her 8-year-old daughter off for a best friend’s birthday.

Batson said she did not make it past the front doors before staff stopped her.

“I walked her into the lobby at the skating rink, and I was immediately asked to remove my hat,” explained Batson.

For the past six months, Batson said she has been battling breast cancer with chemotherapy, radiation, and a mastectomy.

The cancer treatment has caused her to lose her hair and she wears a black hat in public.

After explaining the situation, Batson claims the staff would not make an exception for her to make sure her daughter met up with the birthday party.

“That was the most heartbreaking part of this because it’s been a tough six months for my family and me,” added Batson.

Eventually, another parent escorted Batson’s daughter to the party.

“It was a scary and humiliating moment for me in front of my daughter,” said Batson.

Moreover, Batson said the indifference shown by staff left her with a bad feeling, and she posted about her experience on social media.

Soon after, people began calling another Crystal Palace location to express their support for Batson.

“We got put in, because of the name share,” said Micah Sanford, co-owner and rink manager of Crystal Palace Skating Center on Rancho Drive.

The Rancho location shares the name but is under different ownership and management.

“It’s not fair to our business, we just want to get it out there that we do not treat our customers like that,” said Sanford.

“We have some common sense and decency, we treat people with respect,” said Sanford.

Sanford said his location had prohibited hats in the past for skaters due to a potential tripping hazard.

13 Investigates contacted Crystal Palace on Boulder Highway by phone and a manager confirms the “no hat” policy but explains an exception can be made with proper medical documentation.

Batson said that was not mentioned to her at any point on Sunday and hopes others who wear hats for medical or religious reasons won’t be denied entry in the future.