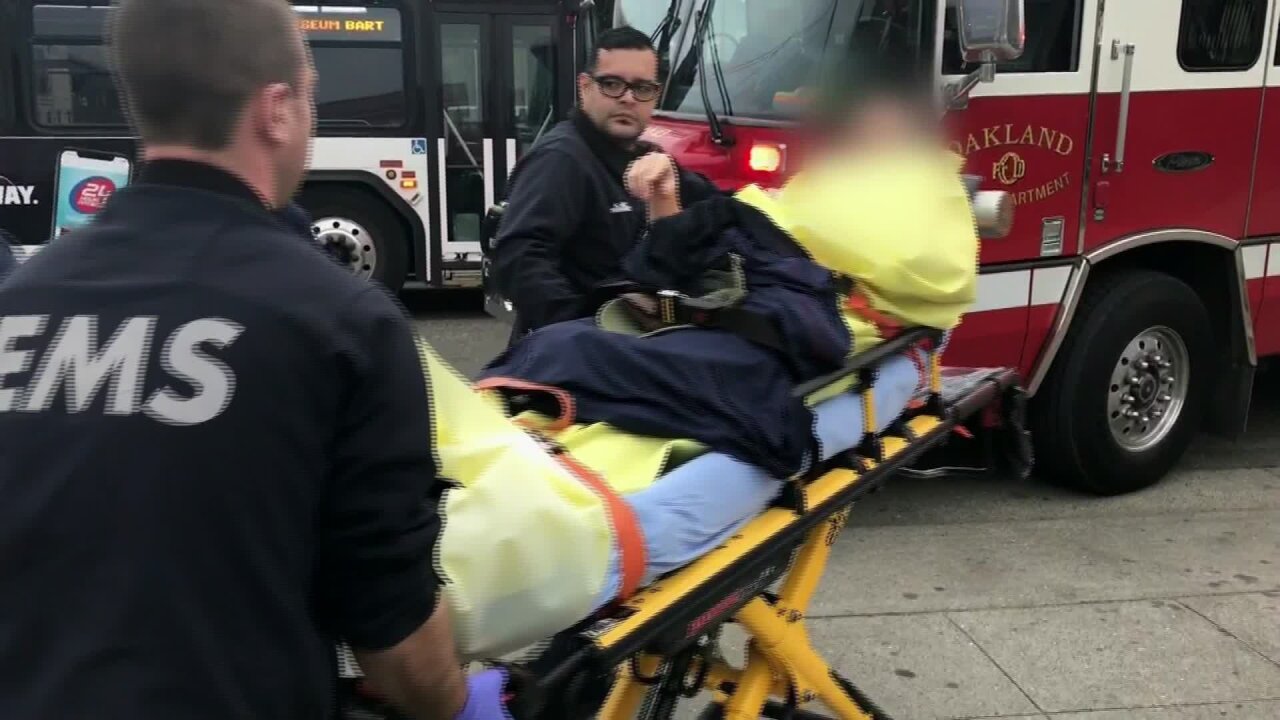 **Embargo: San Francisco-Oakland-San Jose, CA** Emergency responders at the scene of the robbery and shooting.

Emergency responders at the scene of the robbery and shooting.

A television news crew was robbed at gunpoint and their security guard shot as they covered the Oakland teachers’ strike Sunday, according to police and the news station, KPIX 5.

The Oakland Police Department said officers responding to a report of a shooting just before 5 p.m. local time were told by the Bay Area news crew that they had been robbed.

KPIX said that its reporter Joe Vazquez and photographer John Anglin were conducting interviews at an Oakland Public Library branch when they were approached.

“The KPIX 5 crew was outside their news van when a car pulled up. Two suspects got out of the car and one pulled a gun on the crew, demanding their camera. The crew surrendered the equipment and then began walking back to the van,” the news station reported. “The suspect and the security guard exchanged fire. The guard was shot in the upper leg, transported to Highland Hospital and listed in stable condition.”

On Twitter, Vazquez described hearing a “flurry of loud gunshots” after taking cover in the crew’s news van.

Police said the suspects fled the scene. Officers later pursued the suspect vehicle, detaining its driver after it crashed.

Several other people also have been detained in connection with the robbery and shooting and some of the stolen items have been recovered, police said.

Officers also are investigating an incident involving a male who walked into a local hospital with gunshot wounds shortly after the robbery and shooting to determine if the two incidents are connected, the Oakland Police Department said.

The police department tweeted Monday that “at least” two arrests had been made in connection with the robbery and that the guard was released from a hospital after being treated for a gunshot wound. The TV crew’s camera was recovered, police said.

Oakland teachers hit the picket lines Thursday, saying they are unable to afford the soaring cost of living near Silicon Valley.

Meantime, the Oakland Unified School District says it barely has enough money to take care of its low-income students — 75% qualify for free or reduced lunch — and already plans to lay off 112 staff.

The Oakland Education Association says the strike is scheduled to continue Monday and Tuesday.