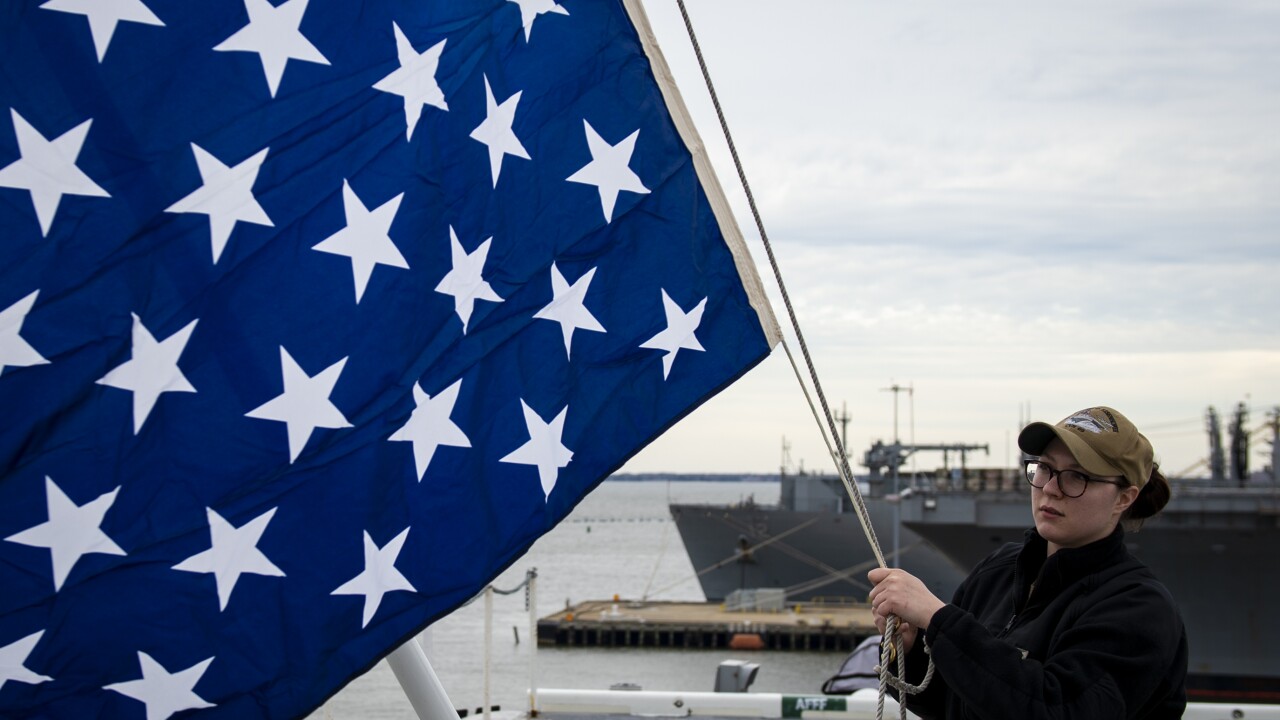 NORFOLK, Va. – The Navy released a statement directing the display of the union jack instead of the First Navy Jack aboard Navy ships and craft.

Starting June 4, the release directs all U.S. Navy ships and craft to return to flying the union jack. The date that reintroduces the union jack commemorates the Battle of Midway, which began June 4, 1942.

“Make no mistake: we have entered a new era of competition. We must recommit to the core attributes that made us successful at Midway: integrity, accountability, initiative and toughness,” said Chief of Naval Operations Adm. John Richardson. “For more than 240 years, the union jack, flying proudly from jackstaffs aboard U.S. Navy warships, has symbolized these strengths.”

The Union Jack will replace the First Navy Jack, which is the service’s current maritime flag that features red and white stripes with a rattlesnake and the words “Don’t Tread on Me.”

While fighting the Global War on Terror, the Navy ships started flying the First Navy Jack flag in place of the Union Jack on Sept. 11, 2002.

According to the administrative message, the new policy will not affect members who wear the First Navy Jack patch as an optional component on certain Navy working uniforms.