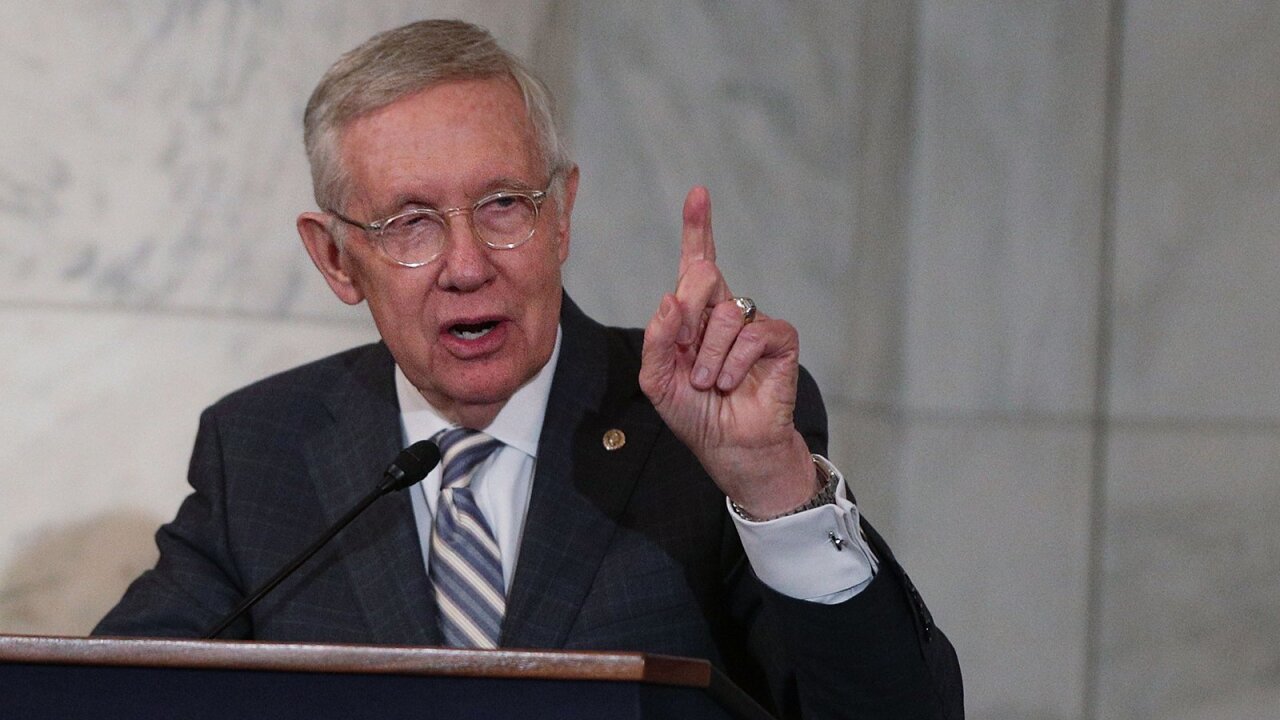 Former Senate Democratic Leader Harry Reid has news he is eager to spread: He is feeling “very good.”The former US Senator from Nevada was diagnosed with pancreatic cancer last year, and New York Times Magazine writer Mark Leibovich wrote last month after an interview with Reid that he “does not have long to live.”

Former Senate Democratic Leader Harry Reid has news he is eager to spread: He is feeling “very good.”

The former US Senator from Nevada was diagnosed with pancreatic cancer last year, and New York Times Magazine writer Mark Leibovich wrote last month after an interview with Reid that he “does not have long to live.”

But make no mistake: this Harry Reid is still the same former boxer and political street fighter I covered for decades in the US Senate.

A searing critic of President George W. Bush and his administration, Reid now says in the age of Trump, he wishes for Bush again “every day,” saying Bush would be “Babe Ruth” compared to the current president.

In an apparent reaction to the interview Monday morning, Trump returned the spars, tweeting that Reid got “thrown out” (he retired) and was working to “put a good swing on his failed career.”

At 79, and after a cancer diagnosis, Reid is in an unusually reflective place. Late last week, Reid welcomed us to an office he keeps inside the Bellagio Hotel in the heart of the Las Vegas strip, where we spoke for over an hour about his health, his party, his legacy and of course, President Donald Trump.

Reid says he is now in remission, lucky that doctors caught his pancreatic cancer early and noting that it is almost always a death sentence because it is usually too late to treat when finally detected. But the chemotherapy treatment was especially brutal, compromising several vertebrae to the point where he needed two back surgeries and leaving him unable to walk much without assistance.

Since the 2016 presidential election, Reid has been colorful in criticizing Trump. He called the now-President everything from a “con man” to a “human leech” to a “big fat guy.” He is especially proud of using the word “amoral” in his New York Times Magazine interview because he says it resulted in a boost of googling the dictionary definition of the word.

I asked him if he has anything nice to say about the President. He pondered that question hard, took time to look for an answer and after a pregnant pause, finally replied, “I just have trouble accepting him as a person, so frankly I don’t see anything he’s doing right.”

First elected to the House in 1982 and then to the Senate in 1986, Reid became Senate Democratic leader in 2005 and served one of the longest tenures as floor leader in the chamber’s history.

He retired from the Senate just a few weeks before the Trump inauguration. When I asked if he was sad to miss the chance to go head to head with this president, he demurred.

“My time has come and gone as being a Senator. I of course watch the news, read papers very closely. I miss the battle, but I understand that, that’s not for me now,” he said.

During President George W. Bush’s administration, Reid was the Republican president’s chief antagonist in the Senate. He famously called the 43rd president a “loser,” and a “liar,” and even the worst president the country ever had.

Having covered all of that in real time, I almost fell off my chair when Reid told me that he now wishes for Bush again “every day.”

“He and I had our differences, but no one ever questioned his patriotism. Our battles were strictly political battles,” Reid said.

“There’s no question in my mind that George Bush would be Babe Ruth in this league that he’s in with Donald Trump in the league. Donald Trump wouldn’t make the team,” Reid added.

Reid dismissed calls for Trump’s impeachment as a “waste of time” because Republicans who have the majority in the Senate “are so afraid of Trump that they’re not going to get involved in this.”

But he doesn’t think Democrats need to worry about the backlash if they decide to move forward.

“I don’t think there would be a backlash,” he said. “Because the vast majority of the people know something’s wrong with Trump.”

That’s also the basis of advice for Democrats running for the White House in 2020.

“The candidates running need not talk about how bad President Trump is, they just need to talk about what’s good for the country. Everyone knows, even those people supporting knows what problems he has,” Reid said.

His wry sense of humor still very much intact, Reid proudly displays a framed letter on his office wall that Trump wrote him in 2010 congratulating the Nevada senator for winning his tough re-election bid that year.

Several months ago, Trump brought Reid back into the fold — tweeting about a speech Reid gave in 1993 criticizing birthright citizenship. Reid has long called that a mistake (one he says his Jewish born wife and daughter of immigrants lashed out at him for).

Still, he was unbothered by Trump using it as a political weapon.

“I guess everything’s fair, he found it, let him use it,” Reid said with a shoulder shrug.

Reid’s criticism isn’t reserved just for Trump. He also has harsh words for former FBI Director James Comey for not doing enough to combat Russian interference during the 2016 election. He said Comey did not respond to two letters that Reid, then the Senate Democratic leader, wrote to him asking for more information about intelligence reports that Russia was meddling in the election.

“I watch [Comey] in the halls of, I think it was in Russell Office Building being so self-righteous I almost wanted to shout, ‘Where were you when we needed you?'” Reid said.