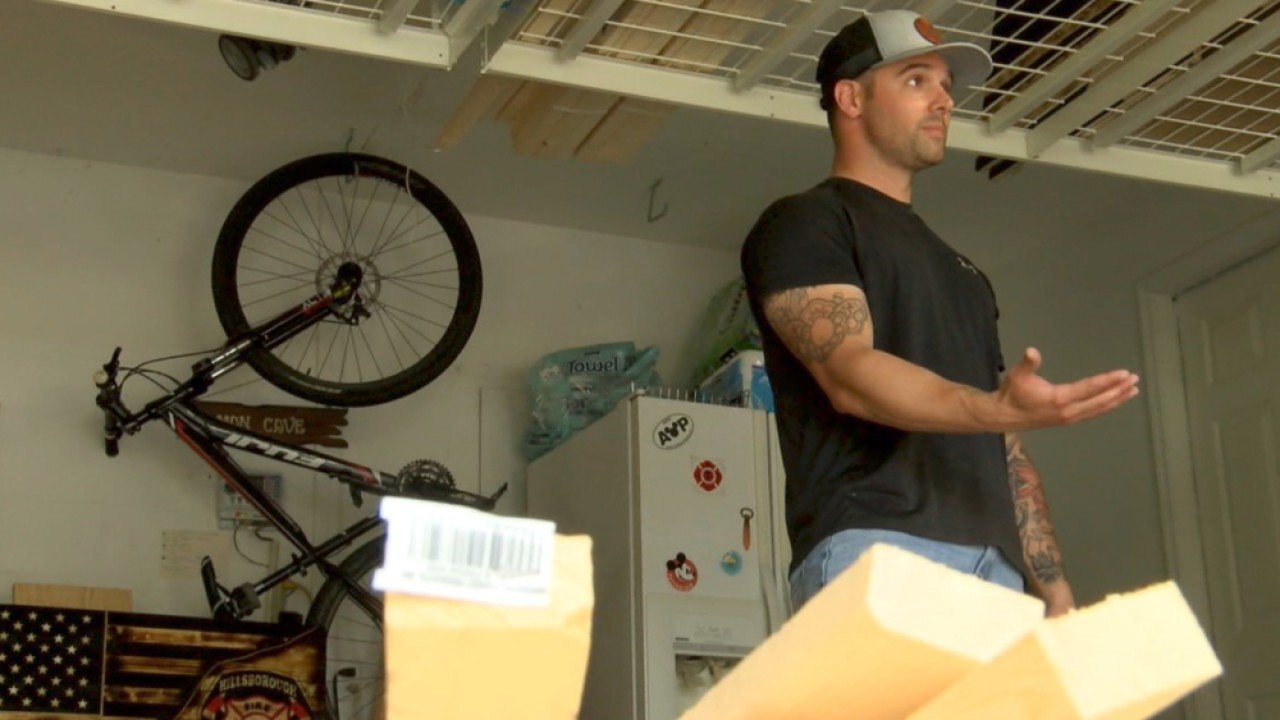 **Embargo: West Palm Beach-Ft. Pierce, FL** A Tampa firefighter is back to work after being electrocuted and then brought back to life in December.

TAMPA, Fla. (WPTV) – A Tampa firefighter is back to work after being electrocuted and then brought back to life in December.

Wesley Stevens enjoys woodworking as a hobby. He got into a process called fractal burning, which is a technique that electrically burns unique branch-like designs into wood.

Stevens says he built a machine with his father, and had done the process a few times before, but this time something went wrong. A 2,000-volt electric shock was sent through his body.

“I was pulseless in the driveway, and the friend that was with me began CPR after calling 911,” he said.

Hillsborough County Sheriff’s Deputy Ernie Foster was on another call down the street, and was able to get to his house within one minute. Because of his quick response, he was able to start CPR on Stevens right away, which most likely saved Stevens’ life. Studies show the typical response time is around three to four minutes.

According to paramedics, Stevens’ heart stopped beating for 17 minutes. He was technically dead.

“Dead is no pulse, not breathing, and he was there. Without intervention, he was not going to survive whatsoever,” said Lt. Ryan Anusbigian with Hillsborough County Fire Rescue.

The CPR kept the blood flowing, which also kept his brain going.

Stevens woke up in the hospital two days later. Just a few days after that, he and his wife welcomed their baby boy Morgan into the world.

“That was a big reason I was fighting to come back,” said Stevens.

Nearly 10 weeks old now, Morgan is happy and healthy — and so is his father. He says fractal burning is a process he will never do again.

“It’s just not worth it, especially with Morgan here now. I just don’t need it,” he said.

Stevens is now back to work full-time. As a ‘thank you’ for saving his life, Stevens designed special firefighter wooden flags for the crew that responded.