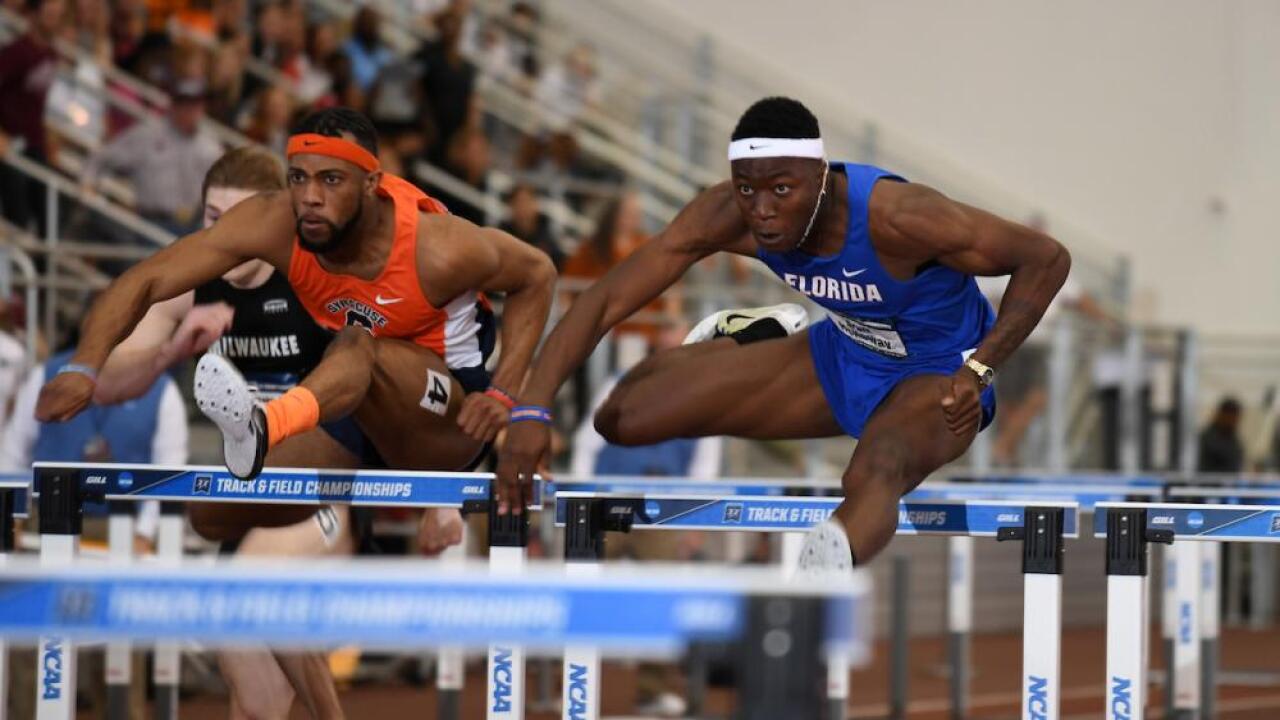 The junior sprinter & hurdler won titles in both the 60-meter sprint as well as the 60-meter hurdle. Holloway, a Grassfield High alum, is only the second runner in conference history to sweep both events.

Holloway also won a silver medal in the long jump.

“You say Terrence Trammel, and he’s one of the greatest combination sprinter-hurdlers in American history,” Florida head coach Mike Holloway said. “To do that, I think he ran a little faster than Terrence ran in those events, so that bodes well for his future if he continues along those lines. It speaks to Grant’s focus, and his determination to be great.”

“This is why I came back. This is the feeling I always love, when everybody is winning and not just me doing my own thing,” Holloway said. “To have everybody contribute to the team … everybody did what they had to do.”

The indoor national championships are March 8th and 9th in Birmingham, Alabama.

🏆 #SECTF Champs – "This is why I came back." –@Flaamingoo_ pic.twitter.com/LaPNqoqfMM