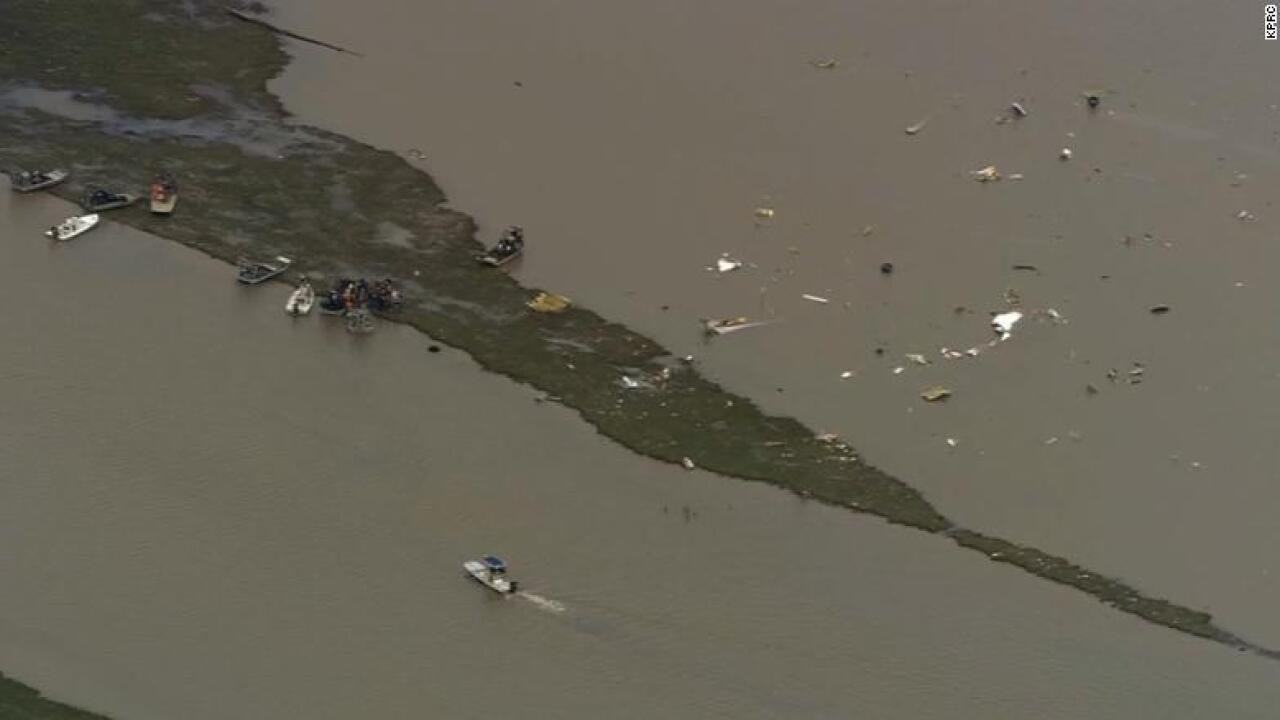 This aerial image shows a swath of debris after a 767 cargo jet crashed near Houston on Saturday. Photo credit: CNN.

He said some human remains have been recovered but didn’t specify whether three bodies had been found.

Hawthorne said the crash site in Trinity Bay near Anahuac, Texas, is in water just 5 feet deep and is reachable by airboats and other flat-bottom craft. The scene extends over 3 miles, he said.

Multiple dive teams from the Texas Department of Public Safety, Houston Police, and the Baytown Police are at the crash site, he added.

The sheriff described seeing the contents of packages and cardboard boxes as he traveled across the water, then seeing parts of the twin-engine Boeing 767. The flight was operated by Atlas Air Inc.

“There was nothing intact of the airplane,” he said. “Knowing what I saw, I don’t think anyone could survive it.”

He said about six people saw the plane go into the water. Some said it sounded like the engines were “surging,” the sheriff said.

“There’s no doubt he was having some kind of problem with the airplane, according to the eyewitnesses,” the sheriff said. “Then it turned and went into a nosedive.”

The 767 was in a normal descent as it approached George Bush Intercontinental Airport, then went into a “very, very rapid descent” at 6,300 feet, National Transportation Safety Board Chairman Robert Sumwalt told reporters in Washington before his team left for Texas.

Atlas Air said three people on the plane “and their family members are our top priority at this time.” The operator said it was cooperating with federal investigators.

Atlas Air operated the plane on behalf of Amazon, Atlas said. It was traveling from Miami to Houston when it went down about 40 miles southeast of the airport.

Aerial images from CNN affiliate KPRC showed emergency responders on airboats near the site of a significant amount of debris.

The plane was located in Jack’s Pocket at the north end of Trinity Bay, the Chambers County Sheriff’s Office said on Facebook.

According to the FAA website, the plane was built in 1992 and the flight number was 3591.

Boeing said it was saddened to hear about the crash.

“We are concerned about the safety of the three people reported to be on board the airplane,” it said. “We are prepared to provide technical assistance to the National Transportation Safety Board as it investigates the accident.” 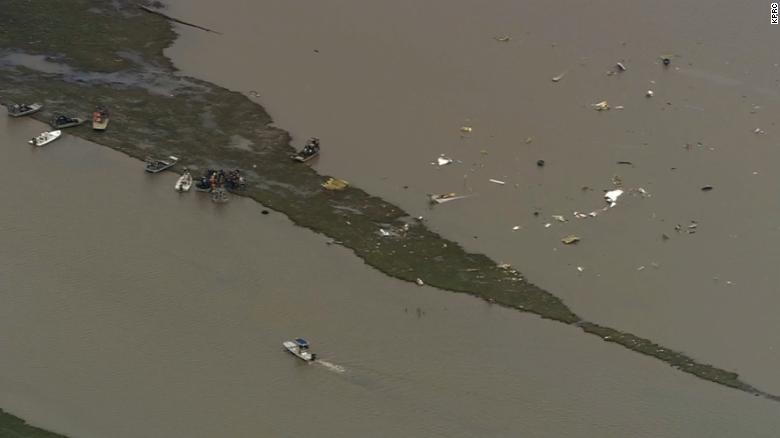 Boeing is aware of media reports of a 767 freighter accident in Texas and is gathering more information.