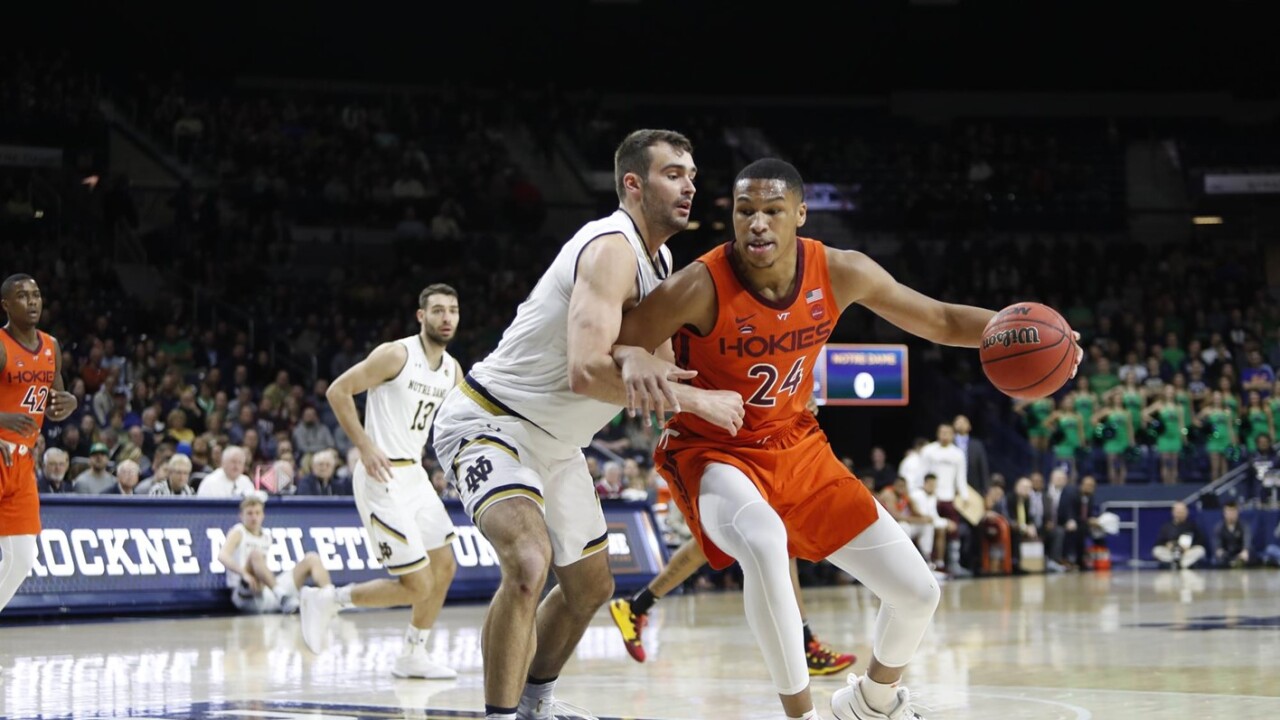 The redshirt junior recorded a game-high 22 points on 7-of-12 shooting with a game-best 14 rebounds and three assists, racking up his sixth double-double of the season. The Hokies (21-6, 10-5 ACC) were also paced by sophomore Nickeil Alexander-Walker, who joined Blackshear in double figures with 12 points, three rebounds and two assists.

Blackshear kicked it off with the game’s first bucket, hitting a stepback jumper, and then nailing a 3-pointer a few possessions later to give Tech an 11-2 lead. The nine-point lead would get cut to six points, following a layup by the Irish’s John Mooney, who leads the ACC in double-doubles and had one tonight (12 points, 10 rebounds).

But the Hokies would stay steady, not allowing it to get less than a two-possession game thanks to freshman Isaiah Wilkins scoring five points in the final minute, giving Tech a 30-23 advantage at half.

Tech would get up by as many as 13 points after a free-throw by sophomore Wabissa Bede with 6:45 remaining. Then Notre Dame began chipping away at the deficit, cutting it to a six-point game with 1:27 left. But the Hokies would hit their free throws, making 11 of 14 (78.6 percent) from the charity stripe the final minute 1/2 to seal it.