Woman who crashed school bus and was revived was actually a bus aide, may have had medical issue 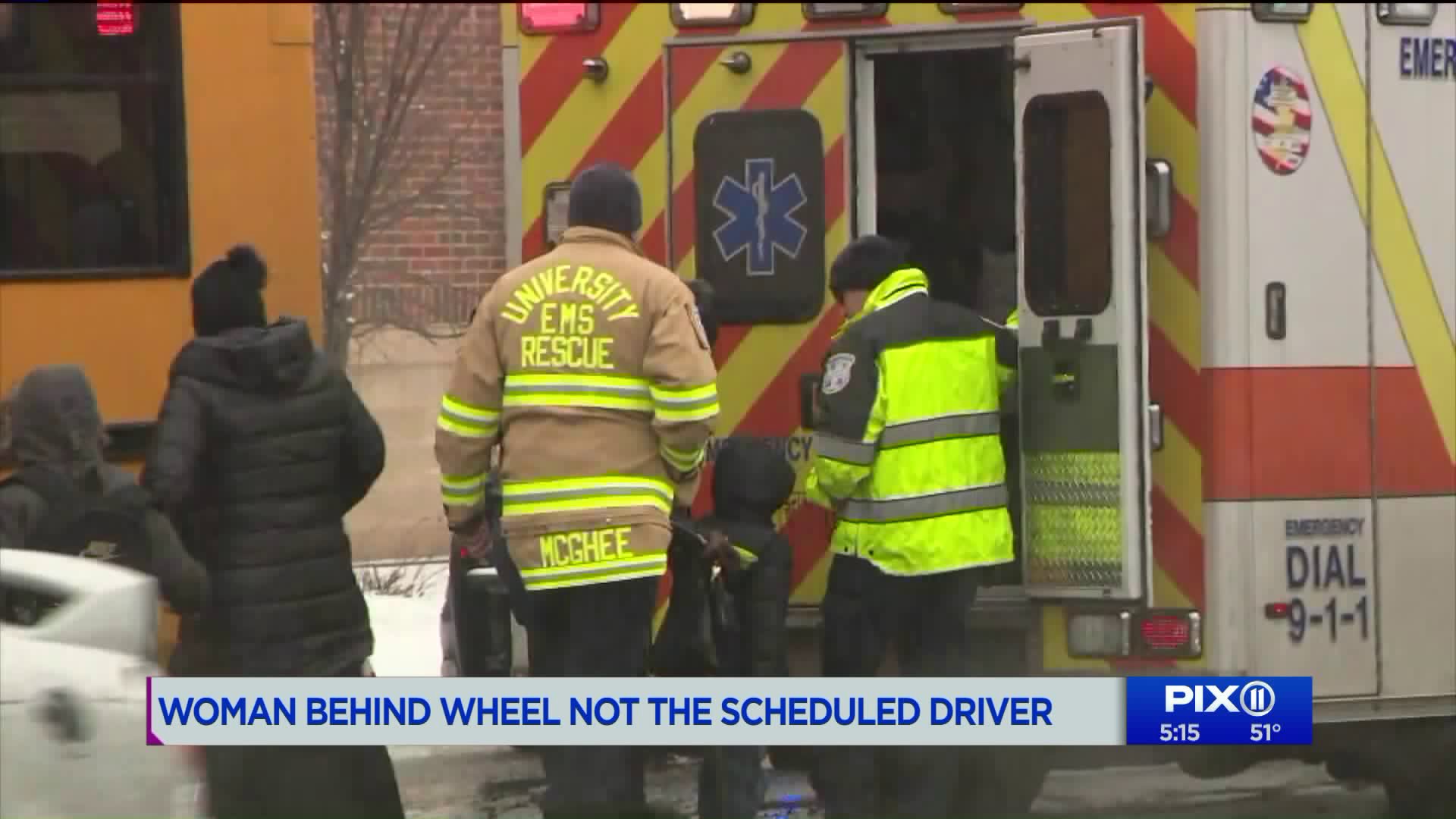 There were 12 children on the bus at the time. They'd been let out of school early because of the snow.

NEWARK, N.J. — The story of a woman arrested for driving a school bus full of special needs children while under the influence has new developments, including a question of whether she’d been using illegal drugs, or just had a reaction to a medical condition.

Another major development is that the woman who was behind the wheel, 57-year-old Lisa Byrd, is a school bus aide, not a bus driver, according to WPIX.

Nonetheless, "she drove the bus," said the owner of the school bus company, Ahmed Mahgoub, of F&A Transportation. "She made her own decision," he added.

Mahgoub said that with Wednesday's snow emergency, the driver on the route on which Byrd works was running late. So, according to Mahgoub, Byrd decided to drive the bus instead.

Mahgoub said that he's not been made aware of any evidence that Byrd was using illegal drugs, even though it's what Newark Police investigators claim.

Instead, said Mahgoub, Byrd had told him about a medical issue related to a diabetic condition. He said that she’d mentioned more than once in the past that her diabetes medication was not working properly.

"The sugar dropped on her," Mahgoub theorized, "and she went into a coma."

First responders at the scene on Wednesday had to use Narcan to revive Byrd. It's a measure that's consistent with counteracting narcotics, but it can also be used to revive a hypoglycemic patient, which Mahgoub speculates that Byrd was.

Some eyewitnesses at the scene insisted that Byrd was not under the influence of potent narcotics.

"She wasn't moving, talking, nothing, but she was up breathing" said Sharod Jones, one of the first people on the scene around 1:00 p.m. Wednesday, at the intersection of 14th Avenue and Jones Street. "She was not high," he insisted.

"I don't think it was [an] overdose," said another witness.

Still, state inspectors were on scene at the bus company headquarters on Thursday, trying to glean as much information as they could. Police investigators still work the case, as well.

Law enforcement sources have told WPIX that they believe Byrd had overdosed on heroin. Police also said that they'd found drug paraphernalia aboard the bus.

The situation had parents and families at 14th Avenue School, the location from which Byrd had picked up the 12 special needs children on Wednesday, worried.

"Who hired you? That's my question," said Taheeda Rogers, after picking up her son from the school on Thursday afternoon.

"I don't know why the company didn't do random drug tests," said James Footman, who'd also been at the elementary school for pick up.

However, Maghoub, the bus company owner, said that his company does random drug tests on school aides, as well as a scheduled test at the beginning of the school year. On Byrd's latest test, she had negative results for all narcotic substances.

Still, the final word will come from the crime lab.

Meanwhile, Byrd is scheduled to make her first appearance before a judge via video from the Essex County Jail on Friday.

Pending the conclusion of the investigation, F&A has been suspended by Newark Public Schools from driving buses along the route on which Byrd is usually an aide.