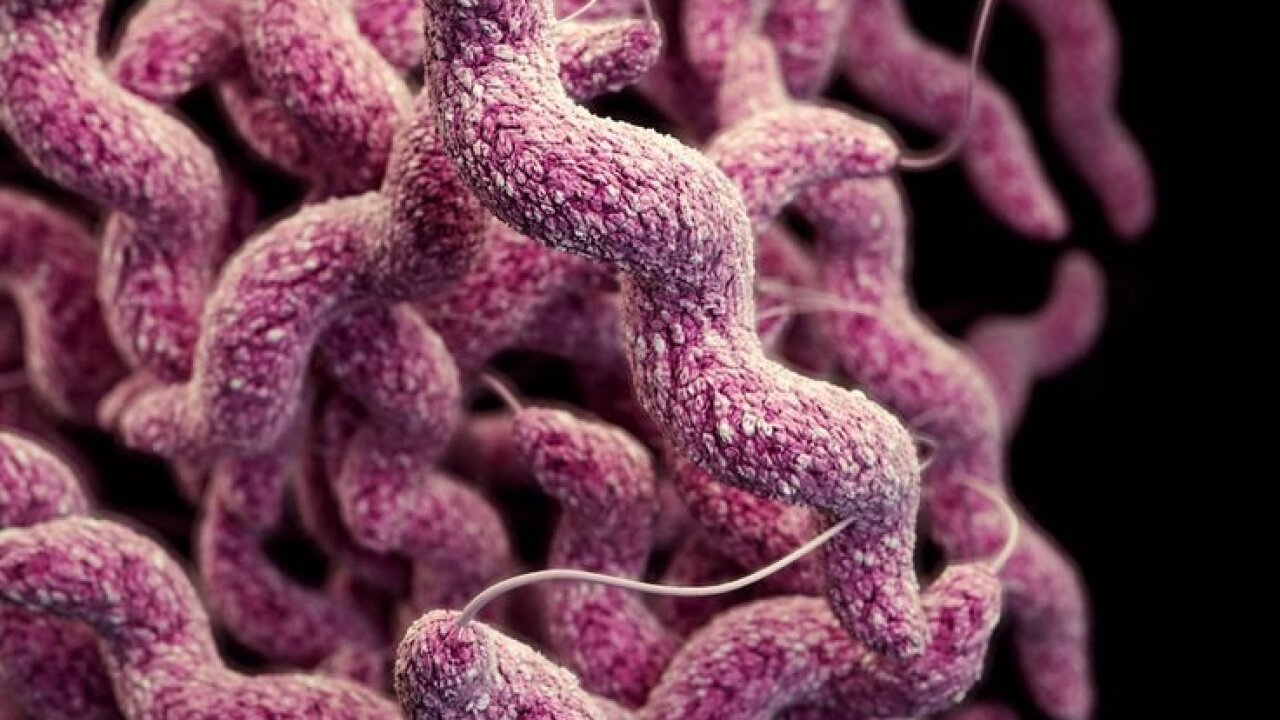 A Michelin-starred restaurant in the Spanish city of Valencia is at the center of a food poisoning outbreak that has killed one woman and affected 28 further diners. Campylobacter are among the most common cause of food poisoning and diarrhea.

A Michelin-starred restaurant in the Spanish city of Valencia is at the center of a food poisoning outbreak that has killed one woman and affected 29 further diners.

The 46-year-old victim died after eating a meal at Riff in the Mediterranean coast city. Regional health authorities have also identified 29 more people that became ill after visiting the restaurant, according to a statement.

The woman, who has not been identified, died in her home early Sunday morning. Her husband and 12-year-old son also suffered food poisoning but are now in recovery, said authorities.

All of the 29 victims of the outbreak had eaten at Riff between February 13 and 16.

Food inspectors visited the restaurant on February 18 but did not find any explanation for what could have contributed to the outbreak, reads the statement from the public health department.

The inspectors took samples of food used in the tasting menu, which have been sent to Spain’s National Toxicology Institute for analysis.

Bernd H. Knöller, Riff’s head chef and owner, released a statement expressing deep regret over the incident and saying that he is collaborating with authorities to determine what happened.

“I have taken the decision to permanently close the restaurant until the cause of what happened has been established and we can reopen with the necessary guarantees for the safety of staff and customers.”

Riff holds one Michelin star, a prestigious award in the restaurant business.

The Menu Grande tasting menu includes snacks and tapas, six or seven plates and three desserts, according to the Riff website.

“The owner-chef, who despite being German considers himself Valencian, conjures up innovative cuisine,” reads the Michelin Guide entry for the restaurant.

“This is based around the highest quality, seasonal, local products to create successful culinary combinations and interesting set menus.”

It is not clear what caused the diners to become ill, but food contamination could be to blame.

Globally, almost 1 in 10 people are estimated to fall ill every year from eating contaminated food and 420,000 die as a result, according to the World Health Organization.

Foodborne illness hits one in six Americans every year, the US Centers for Disease Control and Prevention say, estimating that 48 million people get sick due to one or other of 31 pathogens. About 128,000 people end up in the hospital while 3,000 die annually.

“The idea that all natural things are good for you is rubbish. … We are eating (fruits and) vegetables that potentially contain bad things,” Peter Spencer, professor of neurology and occupational health sciences at Oregon Health and Science University, told CNN in 2017.

“(Many) plants were not put here for our benefit but to protect themselves from predators,” he said.