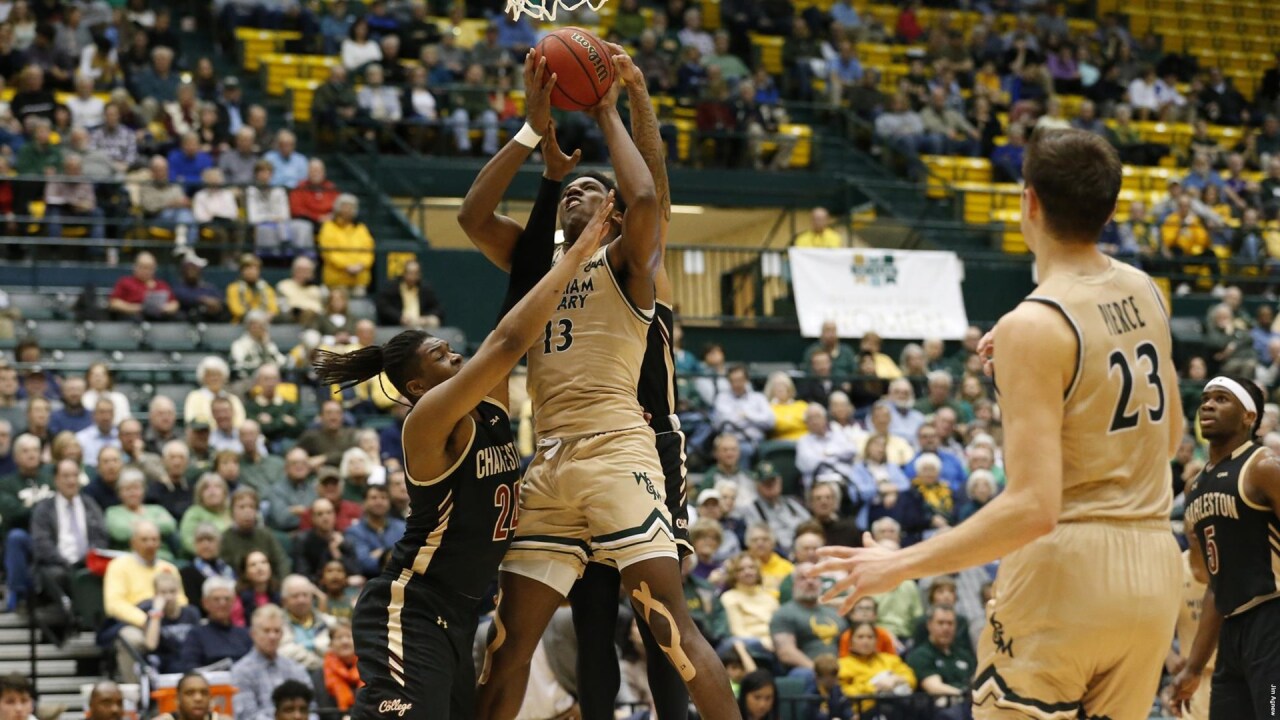 WILLIAMSBURG, Va. (TribeAthletics.com) – Highlighted by a third-consecutive 30-point night from junior Nathan Knight and a 10-2 overtime run, William & Mary rallied past third-place Charleston, 86-84, at Kaplan Arena on Thursday night. The Tribe (11-16, 7-8 CAA) trailed by as many as 15 points in the opening 20 minutes but erased the deficit for its 30th double-digit comeback under head coach Tony Shaver.

Knight became the first player in school history to record three consecutive 30-point games. The junior scored 21 of his game-high 30 in the final 25 minutes, including seven in the overtime period. He added six rebounds, four assists and a career-high eight blocks in the victory. Junior Matt Milon turned in a CAA career-high performance with 27 points on 9-of-14 shooting, including 6-of-11 from 3-point range, to go along with six rebounds.

After Jaylen McManus hit a lay-up on the opening possession of overtime for the Cougars (21-8, 10-6 CAA), Knight sandwiched two baskets around a Luke Loewe bucket to put the Tribe up 78-74 with 2:23 remaining. After a CofC basket, Milon buried a right-wing 3-pointer and classmate Justin Pierce hit a free throw to give the Tribe an 82-76 lead it would not relinquish.

Behind a hot-shooting first half, Charleston opened up as much as a 15-point advantage, 42-27, with just over two minutes left on a McManus lay-up. The Tribe closed to within 42-34 at the intermission, scoring the final seven points of the frame, including five from freshman Chase Audige. The Cougars connected at 58.6-percent (17-of-29) clip from the floor in the opening 20 minutes, including 6-of-12 from 3-point land.

Pierce and Milon hit back-to-back 3-pointers less than three minutes into the second half to cut the margin to 46-42. W&M finally took the lead with a 12-4 run, including eight from Knight. He scored four straight to give W&M a 63-60 lead with 5:57 remaining.

Charleston answered with seven in a row to retake the lead, but Milon stemmed the tide with a 3-pointer at the 4:16 mark. The teams traded free throws over the final minute as the game headed to overtime. Brevin Galloway knocked down a pair of 37 seconds remaining to briefly put the visitors in front before Milon answered with two just 25 ticks later.

The Tribe closes out the home portion of the schedule on Saturday, Feb. 23, when it welcomes UNCW to Kaplan Arena for a 4 p.m. contest.