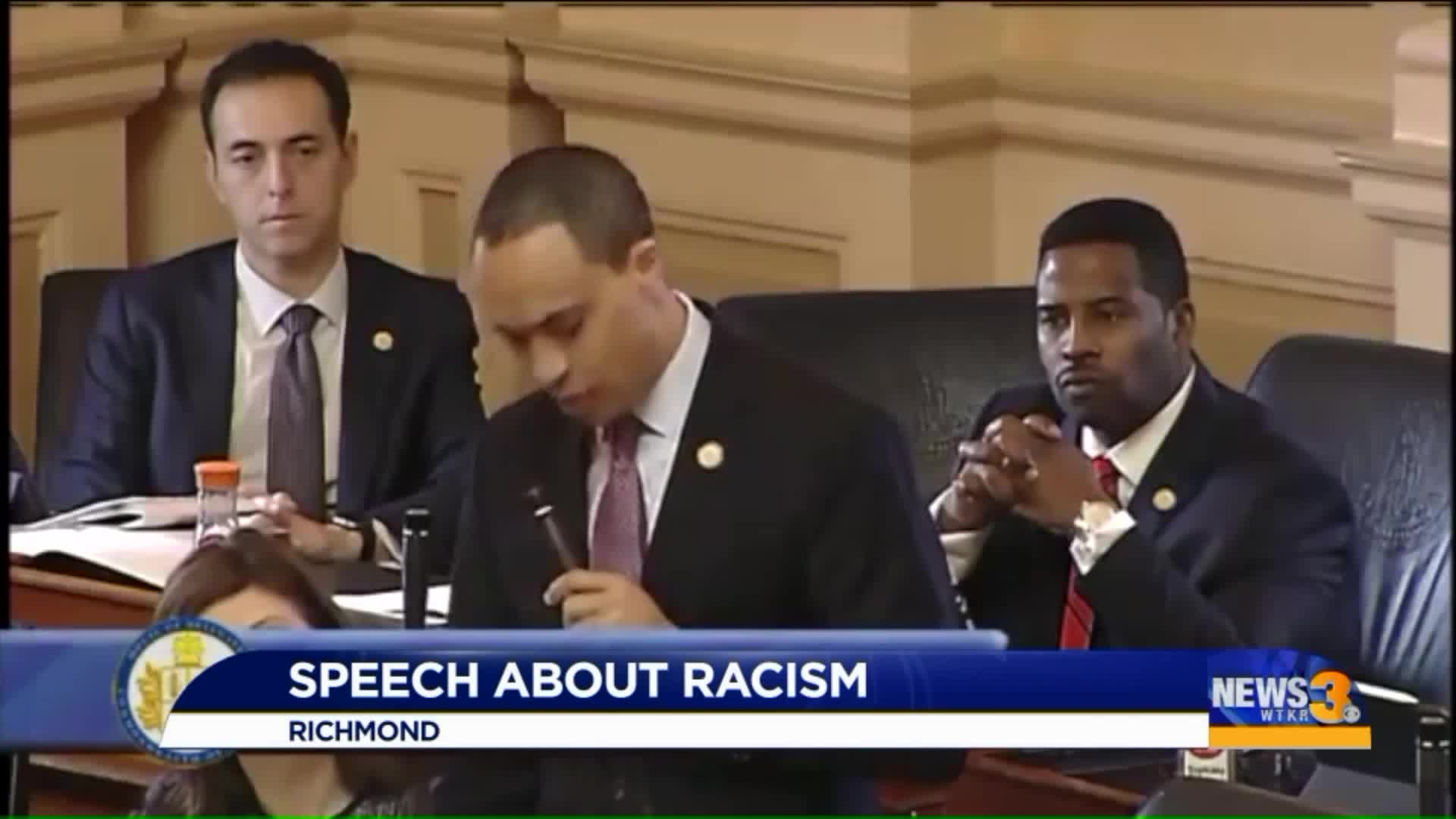 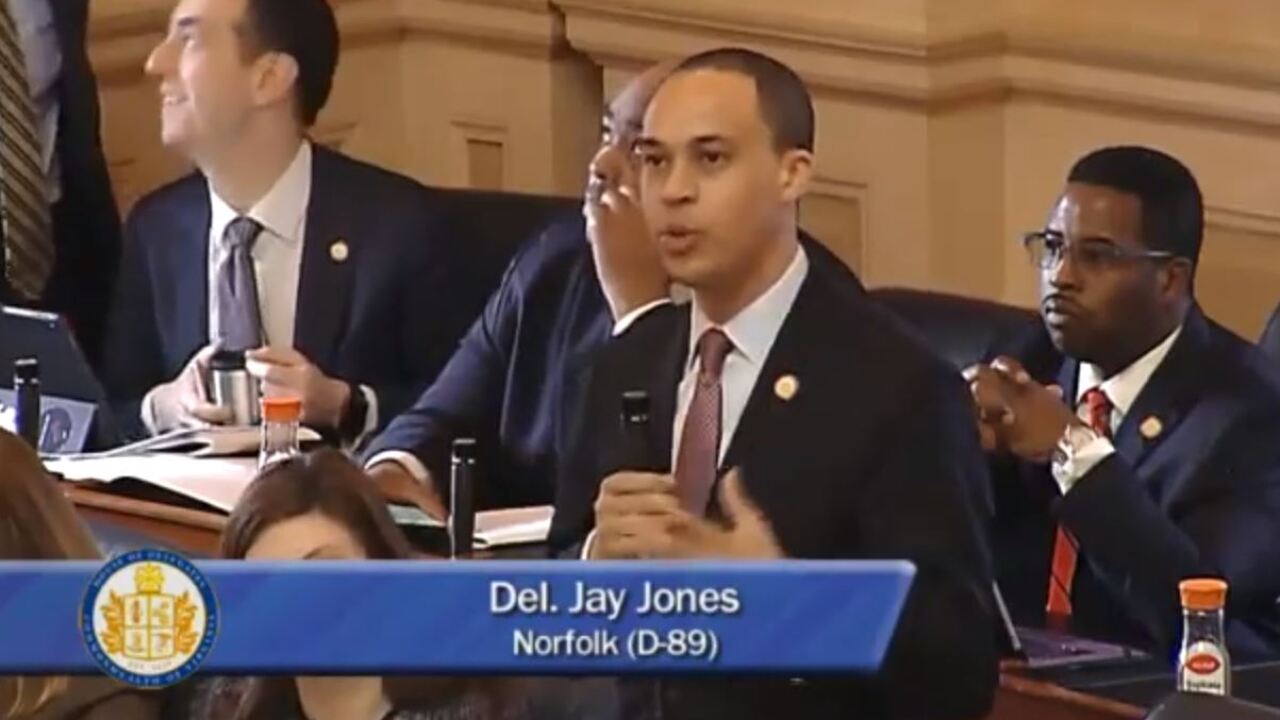 Norfolk Delegate Jay Jones rose to the House floor Thursday to speak to his colleagues about race in Virginia.

Thirteen minutes later his colleagues were on their feet applauding him.

Jones described his own family’s history of facing racial injustice and urged his colleagues to begin a dialogue to bring black and white Virginians together.

Jones said he has experienced a range of emotions, including anger and physical and emotional pain, following the revelation of a racist photo in Governor Ralph Northam’s medical school yearbook. Jones described the opportunities denied to his grandfather because of segregation.

He also talked about the racism his father, former delegate and now Norfolk Judge Jerrauld Jones, endured as a child. The elder Jones integrated into Norfolk’s Ingleside Elementary in 1960 at age six. He was called the n-word and told to go home. Jay Jones said his father received hate mail after a speech he gave against allowing the Confederate flag on license plates.

Jones said racial inequality is very personal for him and his family. “For people like me, the dark history of Virginia and the fight to change it are not confined to history books or remembrances around Martin Luther King’s birthday. That struggle is personal and intimate to me and my family as my grandmother’s recipe for succotash or my father’s love of jazz music.”

Jones said there are two Virginians, a white one and a black one, and he expressed hope that could soon change.

Jones is the youngest African-American delegate in the Virginia House.