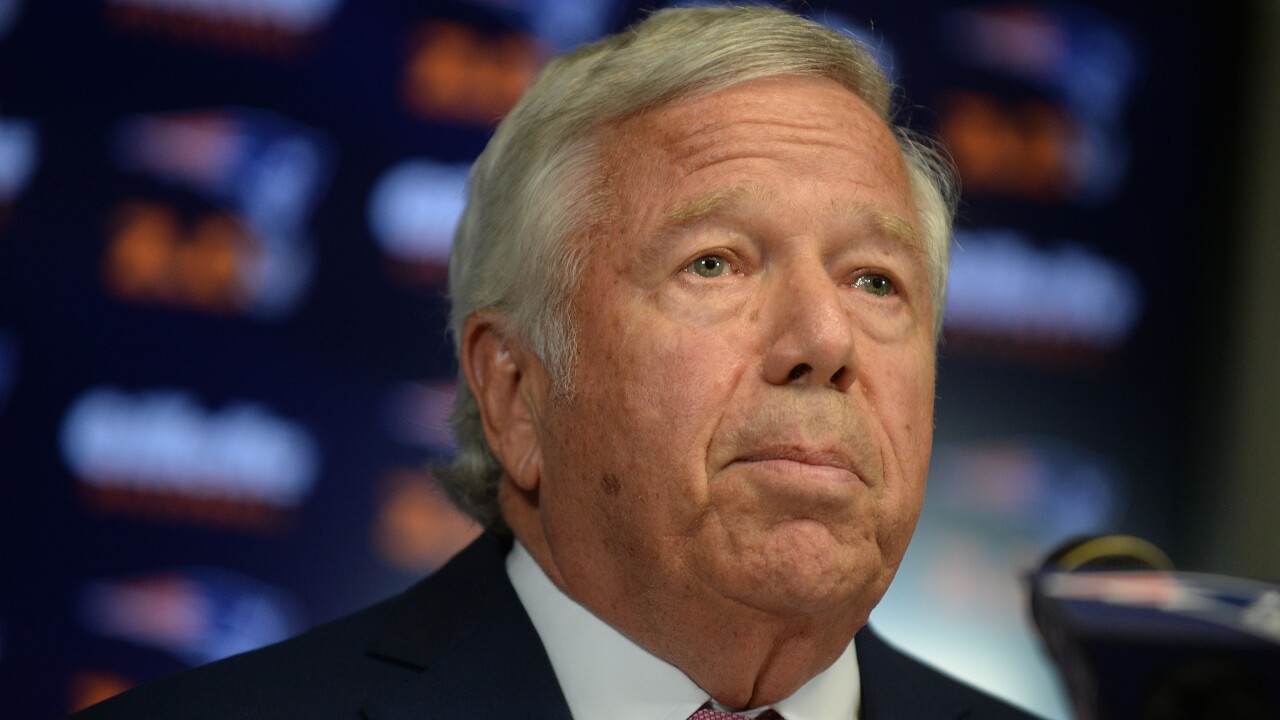 New England Patriots owner Robert Kraft is being charged with two counts of soliciting someone to commit prostitution, stemming from a raid in a day spa in Florida, police said Friday.

The day spa is in the Florida city of Jupiter, and Kraft was picked up as part of a sting that has been going on for months, Jupiter Police Chief Daniel Kerr said.

Kraft took ownership of the Patriots in January 1994. Since then, the NFL team has played in 10 Super Bowls, winning six of them, including this past season.