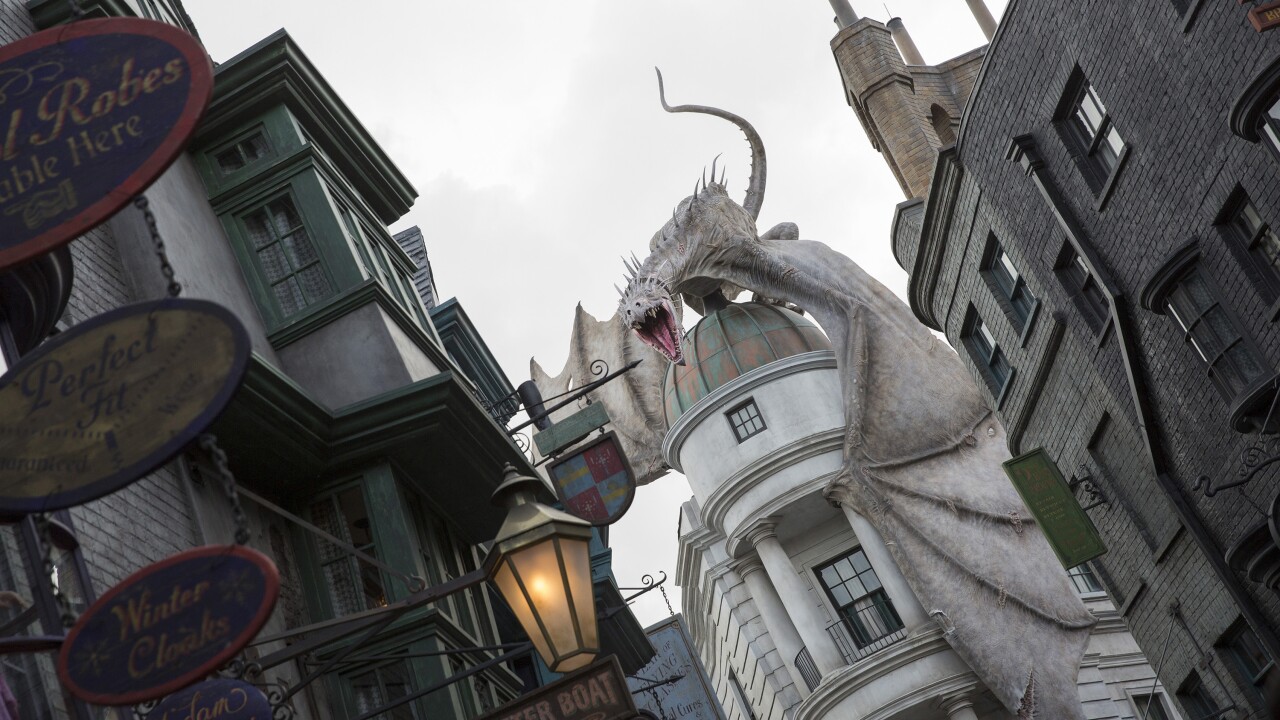 The Wizarding World of Harry Potter is adding yet another attraction to its roster.

While fans of J.K. Rowling’s book and film series will immediately know that the motorbike in question originally belonged to Harry’s godfather Sirius Black, the motorbike plays a major role in the rescue of Harry from his aunt and uncle’s house in “Harry Potter and the Deathly Hallows.”

In both the book and movie versions, Rubeus Hagrid, who is the gamekeeper at Hogwarts School of Witchcraft and Wizardry, hides Harry in the sidecar of the motorbike as other wizards and witches like Remus Lupin travel with fake Harrys to throw off the Death Eaters.

Luckily, the ride will be somewhat less nerve-racking — and a lot more fun.

A rep from Universal explains, “For the first time ever, guests will fly with Hagrid on a thrilling roller coaster ride that plunges into the path of some of the wizarding world’s rarest magical creatures.”

Rubeus Hagrid, who is the son of a giant woman and a human man, is known for his deep love for animals and even teaches Care of Magical Animals at Hogwarts, despite the fact that he was expelled from the school when he was a student.

The magical creatures mentioned in the name of the ride have not yet been identified. However, we have some guesses about who might appear — Aragog the giant tarantula, Buckbeak the hippogriff and Norbert the dragon, all of whom Hagrid counts as friends during the series.

The Motorbike Adventure ride will be at Universal Orlando’s Islands of Adventure theme park in the Hogsmeade village area. In addition to rides, Potter fans can buy wands, drink butterbeer and eat treats like chocolate frogs.

Hagrid is played by Scottish actor Robbie Coltrane in the Potter films.