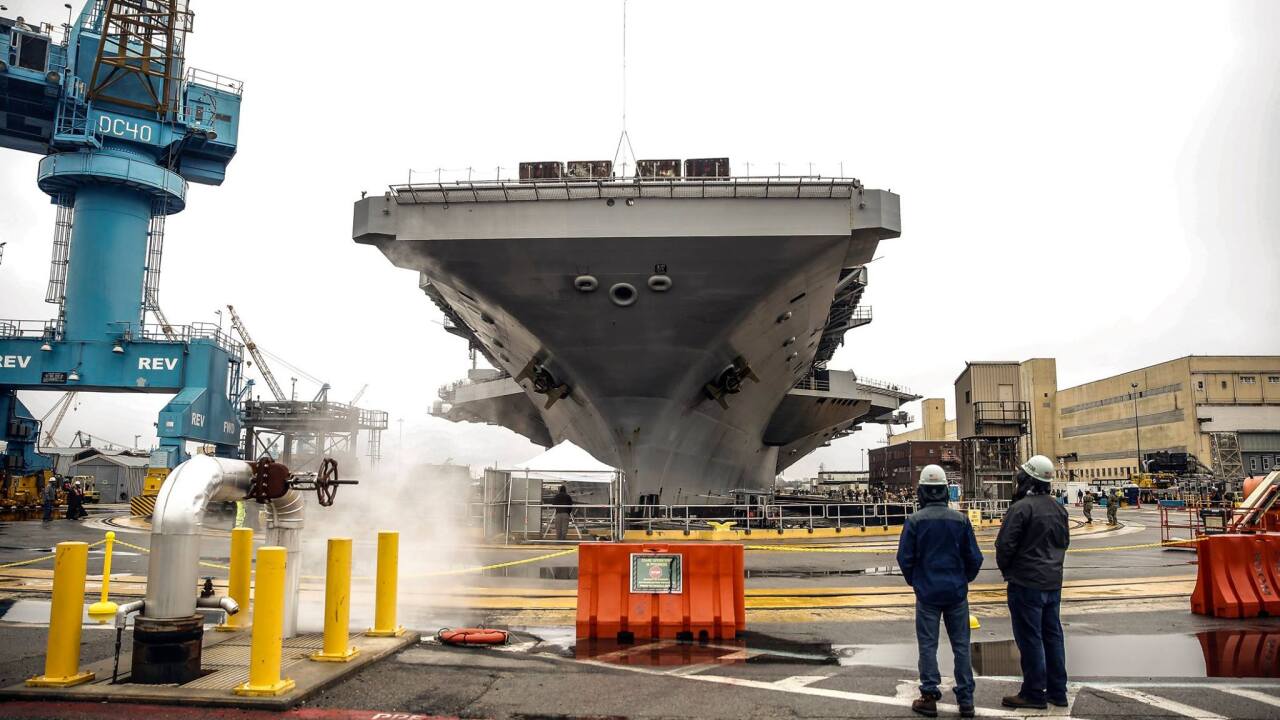 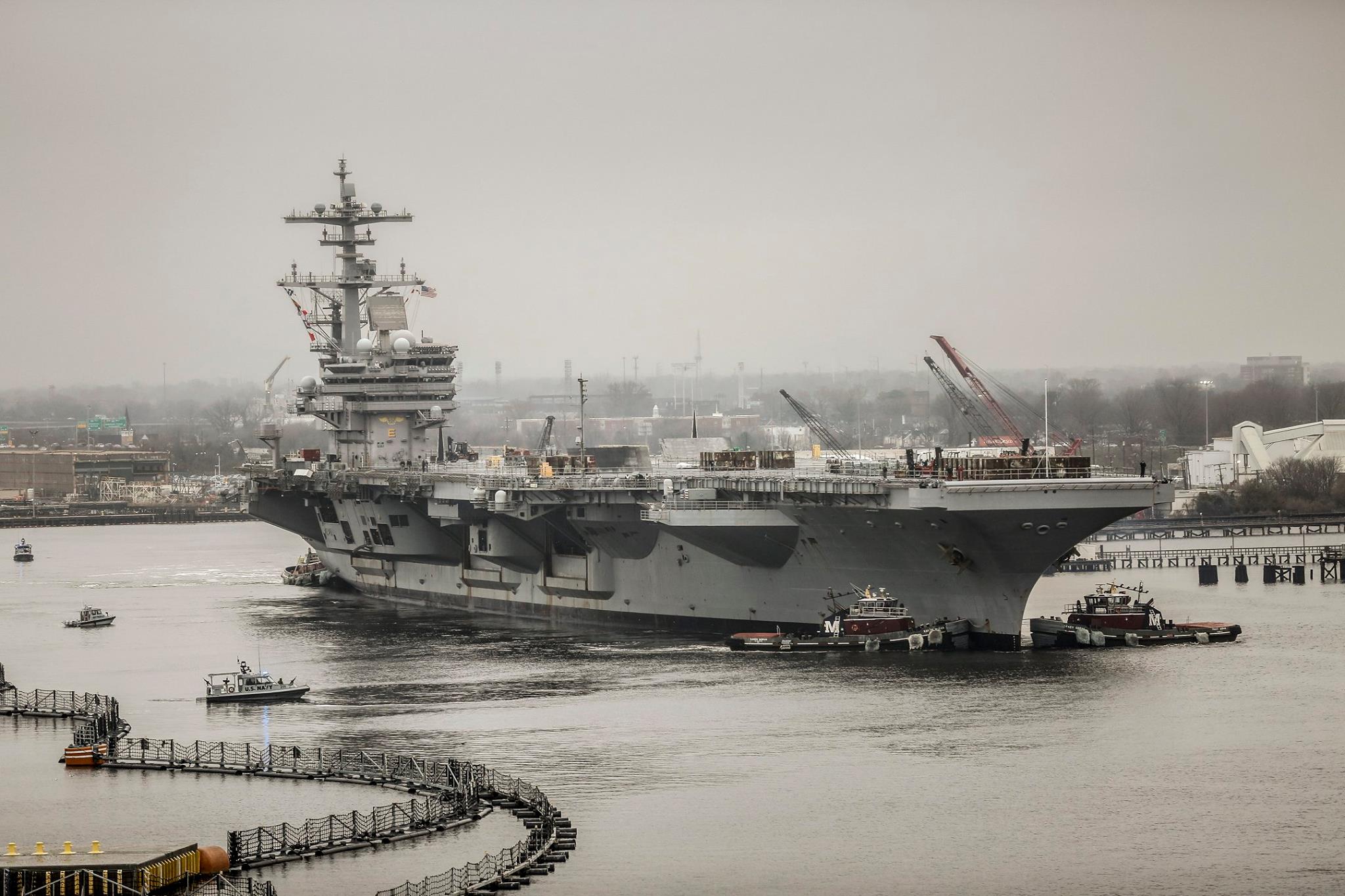 Drydocking and maintaining a 103,000 ton, 1,092-foot long aircraft carrier is said to be complex. This DPIA marks the first time the ship has not been waterborne since 2006.

The vessel requires 1.3 million mandays, being the most extensive maintenance period for Bush yet and one of the most complex CVN CNO availabilities in recent Norfolk Naval Ship Yard history.

The shipyard workforce will be providing approximately 775,000 mandays. Ship’s Force, Alteration Installation Teams and contractor work comprising the rest of the time.

“There are a lot of first time jobs all around given this is the first time Bush has sat on keel blocks since being built,” said Burchett. “With the size of this work package, it will take a total team effort by Norfolk Naval Shipyard.”

Bush will tap into the 21st century toolkit with the goals to achieve first-time quality and ensure safety. Advanced technology such as exoskeleton suits, additive manufacturing, laser scanners to create virtual rigging paths, and the development of training models using virtual reality will be used by the project teams.

Burchett said the project team also engaged with NNSY engineering and the production shops to discuss ways to leverage innovations during the DPIA.

Many of the projects teams will be performing work on a drydocked carrier for the first time. Burchett has said that this is the perfect opportunity to demonstrate the shipyard’s organizational values of Care, Ownership, Respect and Excellence (C.O.R.E.) across all working levels throughout the availability.

“We have new supervisors, new zone managers, new assistant project superintendents,” he said. “This is a great chance for teaching and mentoring people in new positions how to execute and perform to their top potential.”

As the first carrier docking at NNSY in several years, Bush will be on blocks for the majority of its availability. Naval Facilities Engineering Command helped get the dry dock ready for NNSY, with recent dock flooding and salt water system upgrades to accommodate the ship.

Following extensive planning during the past 18 months, and with an energized workforce leveraging state-of-the-art technology, Burchett is ready to get started.

“Our project team is poised and ready to take on this mission,” he said. “There’s a quote from George H.W. Bush himself that we have taken on as the project team motto: ‘This is my mission and I will complete it.’”