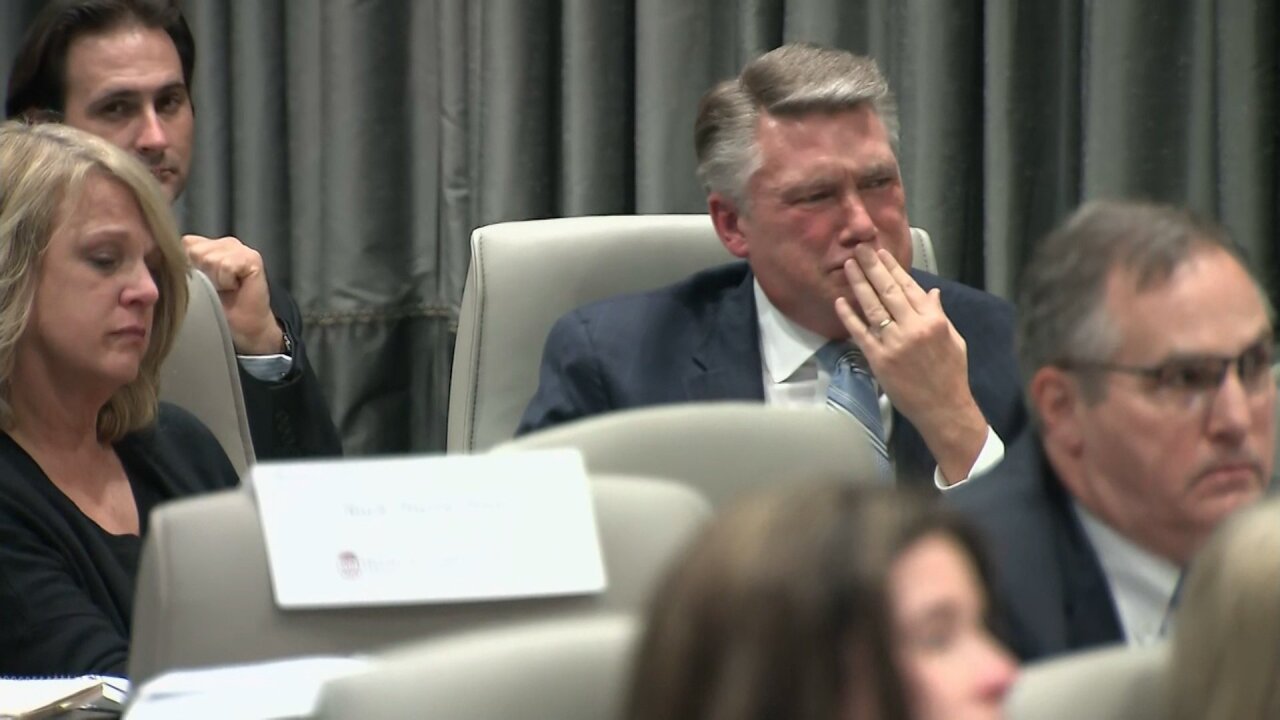 **Embargo: Raleigh-Durham, NC** The son of North Carolina congressional candidate Mark Harris testified that he had warned his father about a political operative who’s at the center of the investigation into election irregularities in the 9th District race.

The North Carolina Board of Elections passed a unanimous motion calling for a new election in the 9th Congressional District after “corruption and illegal activity involving absentee ballots,” according to CBS News.

Mark Harris, the Republican leading in the contested 9th Congressional District race, told a state board Thursday he does not condone the activities that have come to light after testimony this week and he feels that the public’s confidence in the process is shaken.

He also said he is struggling with recall and confusion issues during his testimony to the state elections board due to two recent strokes.

The 9th District race is the last undecided contest from the 2018 midterm elections and the North Carolina seat remains open amid allegations of fraud. The state board of elections has voted not to certify the results in which Harris, a Baptist minister, led Democrat Dan McCready, a businessman and retired Marine, by 905 votes.

The son of North Carolina congressional candidate Mark Harris testified that he had warned his father about a political operative who’s at the center of the investigation into election irregularities in the 9th District race.

On Wednesday, Harris’ son John testified that he had warned his father about a political operative who’s at the center of the investigation into election irregularities. The testimony was the first evidence that Mark Harris was told that operative Leslie McRae Dowless may have taken part in questionable ballot activity in the past.

It marked a dramatic turn in the North Carolina Board of Elections’ evidentiary hearing, as John Harris contradicted his father’s previous assertion that he never heard any red flags raised about Dowless.

Dowless is a convicted felon who was hired by a consulting firm paid by the Harris campaign, and is at the center of allegations that absentee ballots were tampered with.

In testimony that turned emotional at times, John Harris, an assistant US Attorney of the Eastern District of North Carolina, told the board Wednesday that he “expressed my concerns” to his father the day after Mark Harris met with Dowless in 2017 — before Dowless was hired by the campaign.

John Harris said it was his review of absentee voter data from 2016 that led him to think Dowless was a “shady character.”

Emails shown at the hearing from John Harris to his father discuss Dowless’ history of alleged fraud in the 2016 primary election, in which Dowless was working for a rival GOP candidate.

“This is not legal advice,” John Harris wrote in one email, adding, “The key thing that I am fairly certain they do that is illegal is that they collect the completed absentee ballots and mail them at once. The way they pop up in batches at the board of elections makes me believe that.”

John Harris stressed that he doesn’t think his parents believed Dowless was breaking the law and wouldn’t have retained Dowless had they known.

“I love my dad and I love my mom. OK?” John Harris said concluding his testimony, with his voice breaking. “I certainly have no vendetta against them. No family scores to settle, OK? I think that they made mistakes in this process and they certainly did things differently than I would have done them.”

Mark Harris was brought to tears in the courtroom as his son spoke. The Republican candidate told the board on Thursday that he did not take his son’s email as a “major warning” of danger ahead at the time, but merely viewed it as an overreaction.

“I knew John had never been to Bladen County. I knew John had never met other people down there,” Harris said, adding, “I did not consider John’s to be a warning that this was a problem and could be a real serious potential problem. Because I just believed he was overreacting in his comments.”

When a board member seemed incredulous that Harris did not heed his son’s warnings, Harris explained that while he viewed John as a very intelligent man, his son could at times be “a little judgmental” and operate with “a taste of arrogance.”

“Obviously, I read these emails today in a very different, intellectual light than when I read them, when my 27-year-old son, who is a sharp attorney … But I’m his dad and I know he’s a little judgmental, and has a little taste of arrogance, and some other things,” Harris said. “And I’m very proud of him and love him with all of my heart. But this was a father and a son.”

He admitted that, in hindsight, it appears his son’s suspicions about Dowless were correct.

Harris also twice said that Dowless told him during their first meeting in April 6, 2017, the illegal act of collecting ballots was not part of his program.

Harris said he did not ask any of the other Bladen County politicians who had vouched for Dowless’ success if the operative collected ballots illegally. Harris also said he did not receive formal legal advice on the topic.