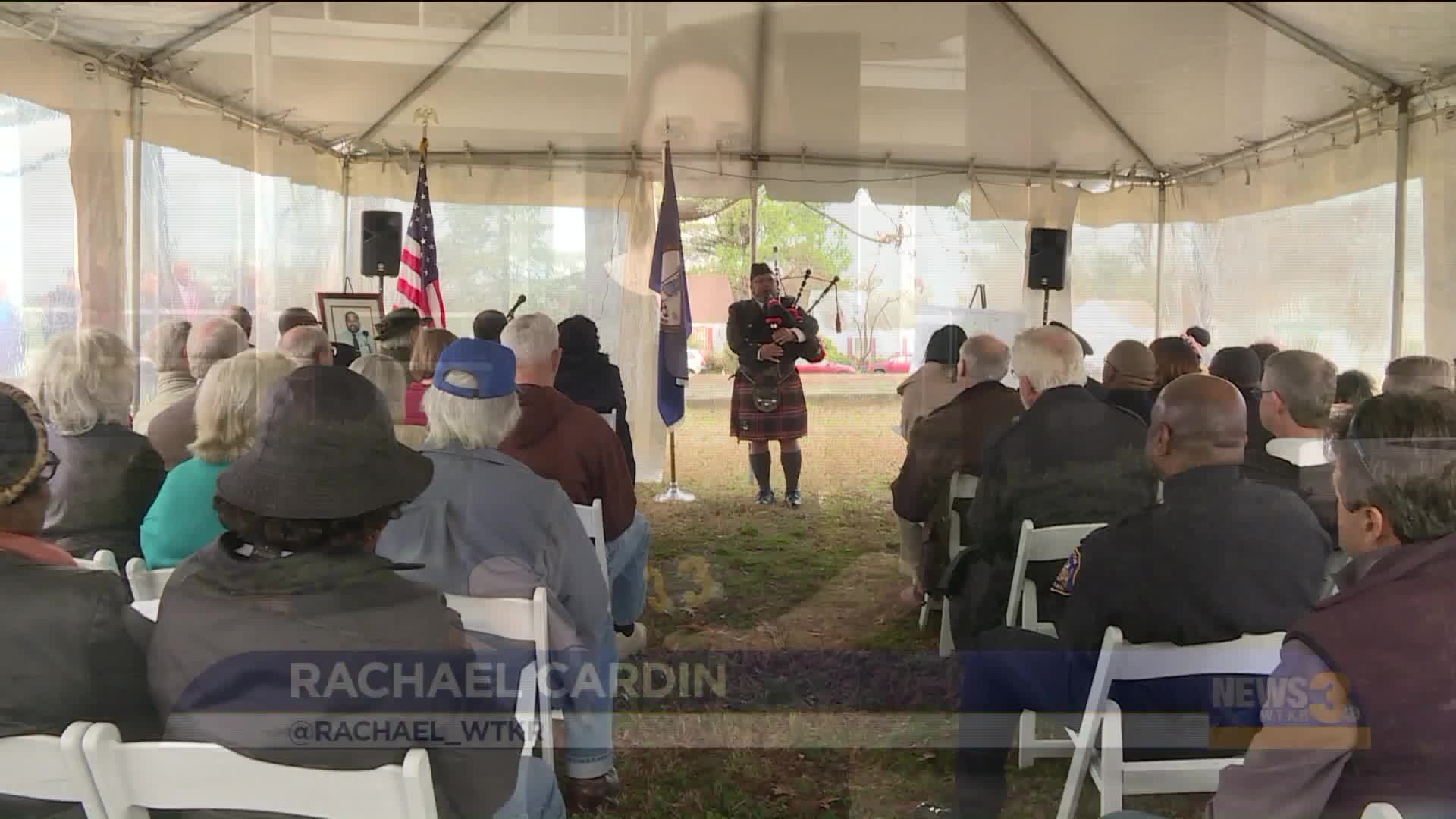 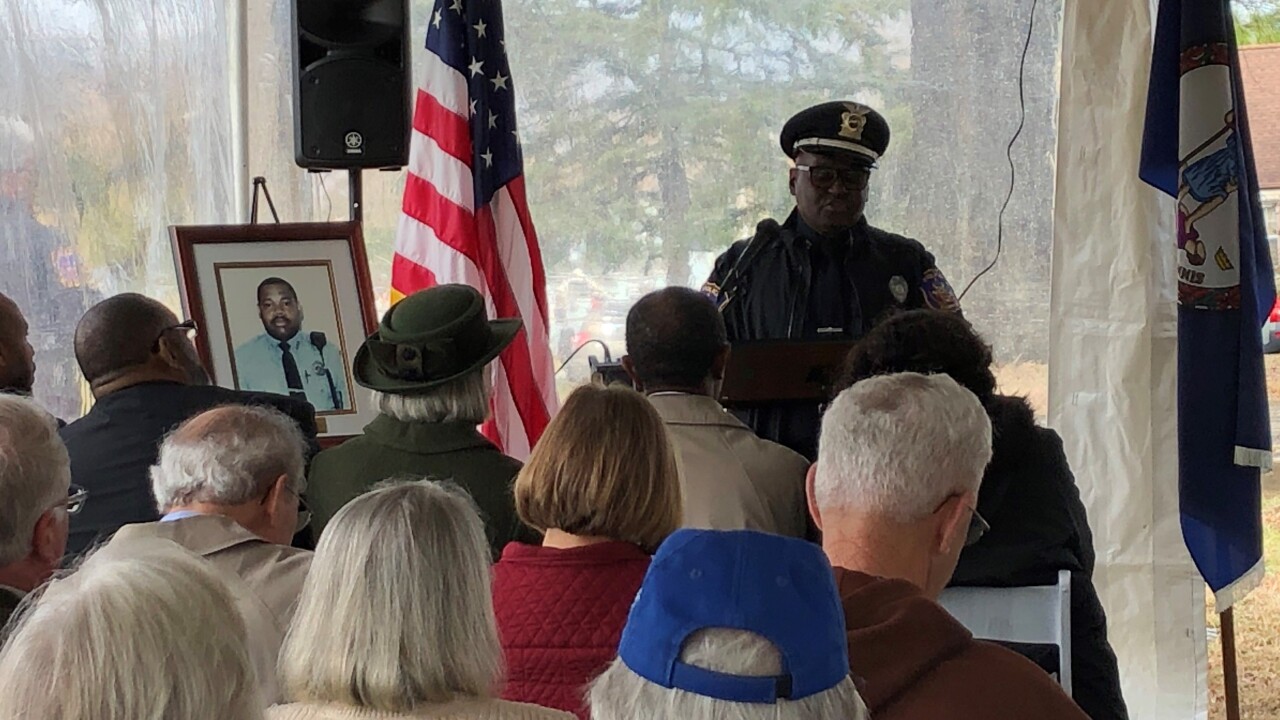 HAMPTON, Va. - A fallen Hampton Police officer killed in the line of duty was honored Thursday on the 25th anniversary of his murder.

Friends, family and officers came together at Robinson Park Thursday afternoon to honor a man described as brave, smart and energetic.

Officer Kenny Wallace was shot and killed while he sat in his patrol car in 1994.

The Olde Wythe neighborhood association honored his memory with a groundbreaking for a gazebo that will be built in Robinson Park where Wallace used to regularly patrol. Construction is expected to start this fall.

Christine Blair-Wallace was only 8 years old when her father was killed. She says Wallace was always focused on the community he served.

“The community and the wellbeing of children was super important to him… He had a big heart and wanted everybody to feel safe, secure and just smile,” said Blair-Wallace.