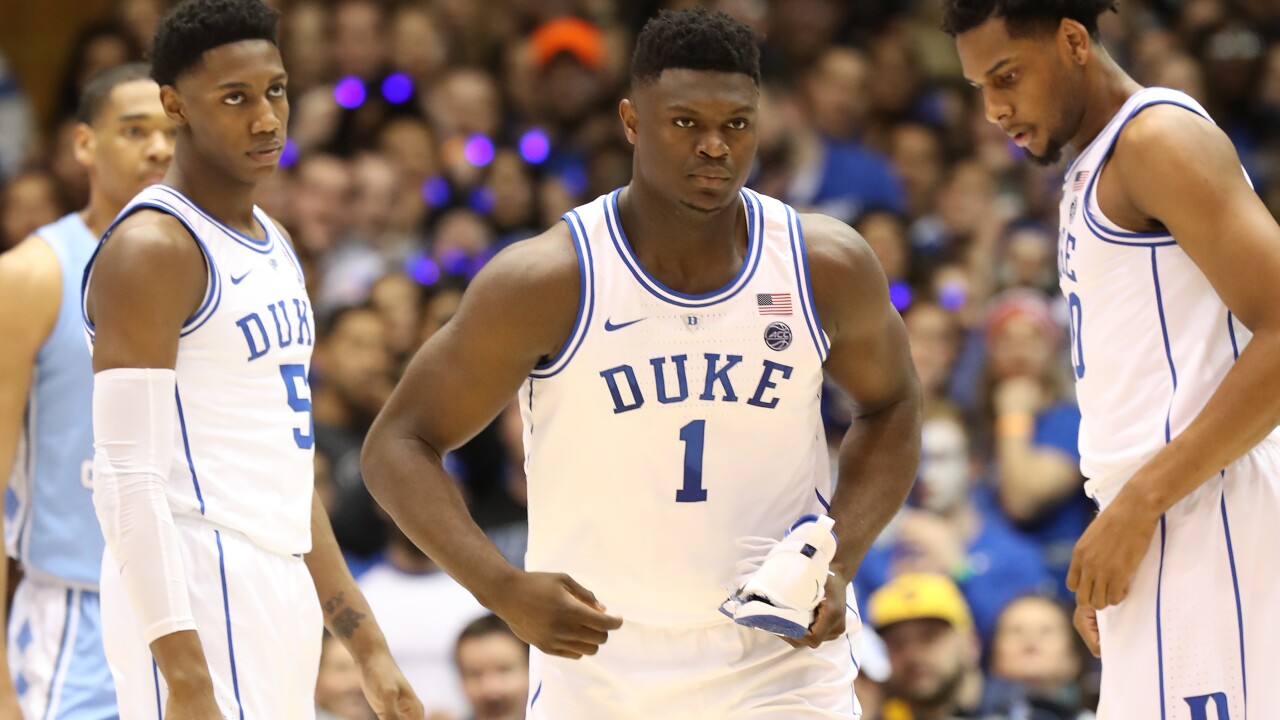 Zion Williamson of the Duke Blue Devils after falling as his shoe breaks. (Photo by Streeter Lecka/Getty Images)

Zion Williamson of the Duke Blue Devils after falling as his shoe breaks. (Photo by Streeter Lecka/Getty Images)

DURHAM, NC – He’s a shoe-in to be a top pick in the upcoming NBA Draft. Tonight, it was shoe-out for Duke phenom Zion Williamson.

The odds-on favorite to win National Player of the Year honors and be selected No. 1 overall in the NBA Draft left basketball’s best rivalry after just 33 seconds. Williamson, who has been voted Atlantic Coast Conference Freshman of the Week five times this season, was removed from Wednesday’s North Carolina vs. Duke game after injuring his knee when his shoe blew out in the first minute of play.

Zion Williamson of the Duke Blue Devils reacts after falling as his shoe breaks. (Photo by Streeter Lecka/Getty Images)

Williamson was driving the basketball when his left foot came out his shoe, causing him to fall to the floor clutching his right knee. After the game, an 88-72 Tar Heels victory, Duke head coach Mike Krzyzewski said Williamson suffered a mild right knee sprain.

“We’re very concerned about Zion,” Coach K said after the game. “It’s a mild knee sprain. We will know about length of time tomorrow. It’s stable. Obviously it has an impact.”

It’s only UNC’s second victory at Duke (23-and-3, 11-and-2 ACC) since 2012. The Blue Devils loss creates a three-way tie for first place in the ACC. Carolina, Duke and Virginia are knotted with identical 11-and-2 records in conference play.