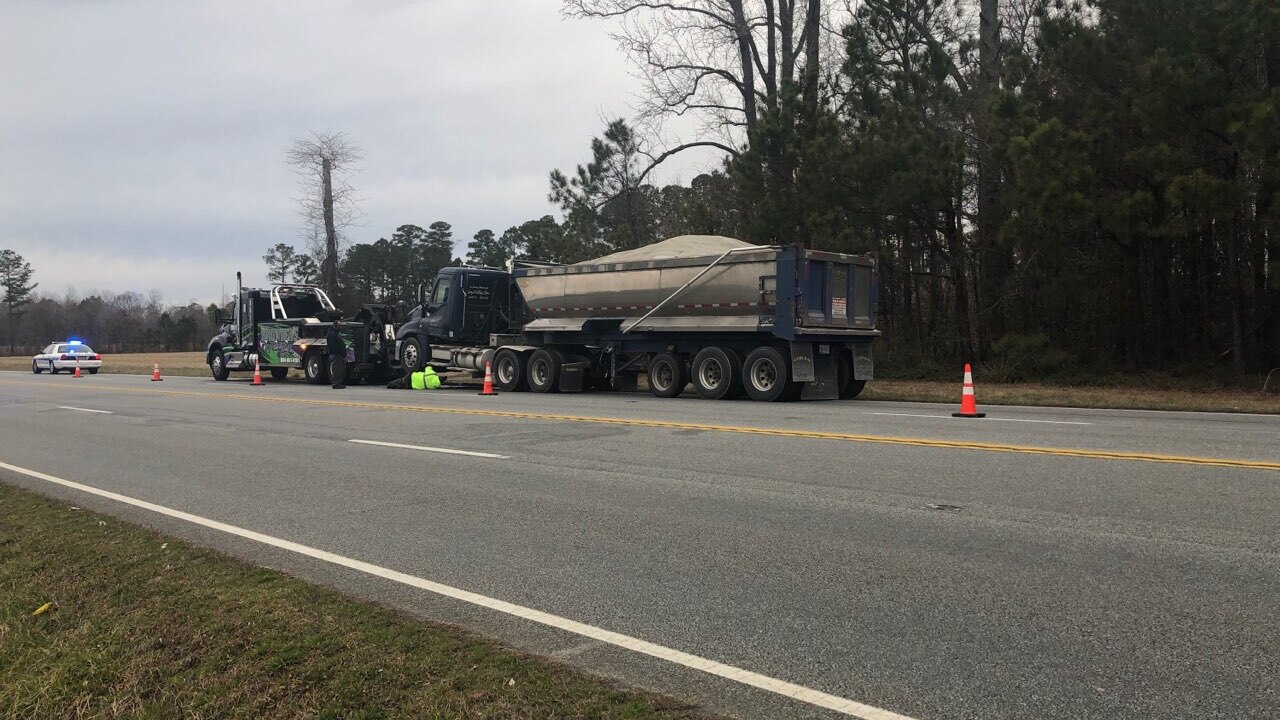 SUFFOLK, Va. – An 18-wheeler caught fire in the 4100 block of Pruden Boulevard/Route 460 in Suffolk Tuesday afternoon.

The call came in at 2:50 p.m. Authorities say the tractor-trailer suffered an engine compartment fire.

One eastbound lane and one westbound lane were immediately closed after the crash while officers directed traffic. The westbound lane was closed for at least another hour while hazardous material crews cleaned up fluids that had leaked from the engine compartment into a nearby ditch.

Public Works set up signage related to the lane closure after the crash.