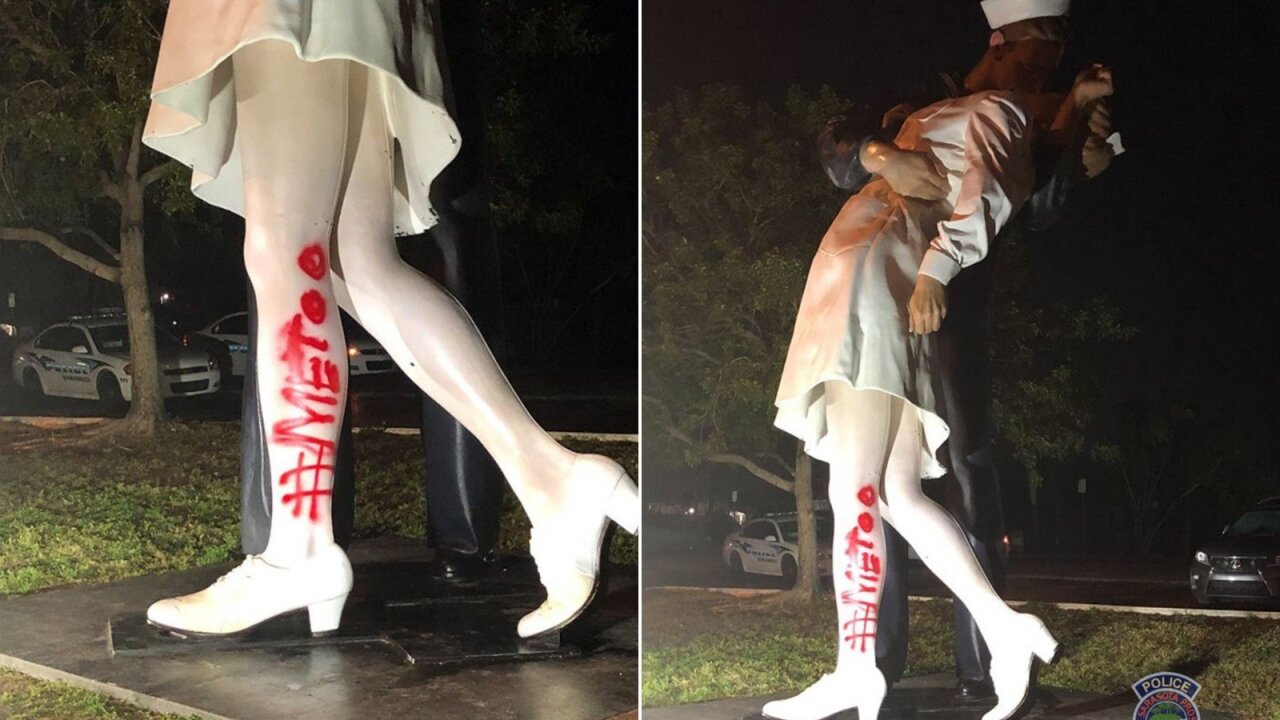 The statute is modeled after an iconic photo taken in Times Square in 1945, showing a woman dressed in a white uniform being embraced and kissed by a sailor to celebrate the end of World War II.

Related: Man who claimed to be sailor in WWII Times Square kiss photo dies at 95

Looking back on the moment later on, Freidman described a kiss that wasn’t consensual. “Suddenly, I was grabbed by a sailor,” she told Veterans History Project in 2005. “It wasn’t that much of a kiss. It was more of a jubilant act that he didn’t have to go back.”

The sailor was “very strong,” she told the Veterans History Project.

“He was just holding me tight. I’m not sure about the kiss… It was just somebody celebrating. It wasn’t a romantic event. It was just … ‘Thank God, the war is over.'”

Mendonsa’s recollection is similar. “So we get into Times Square and the war ends and I see the nurse,” he told CNN in 2015. “I had a few drinks, and it was just plain instinct, I guess. I just grabbed her.”

On Tuesday morning, police discovered that someone had used red spray paint and wrote the words “#MeToo” on the statue in Sarasota, Florida.

The day before, Mendonsa died at the age of 95, just two days before his birthday.

Officers have not been able to locate any evidence in the area or surveillance video capturing the incident.

“The approximate damage is estimated to be more than $1,000 due to the large area that the graffiti covers, and the resources needed to repair it,” police said in a statement.

The graffiti has since been removed from the statute. Police are asking for anyone with information to call 941-954-7025.