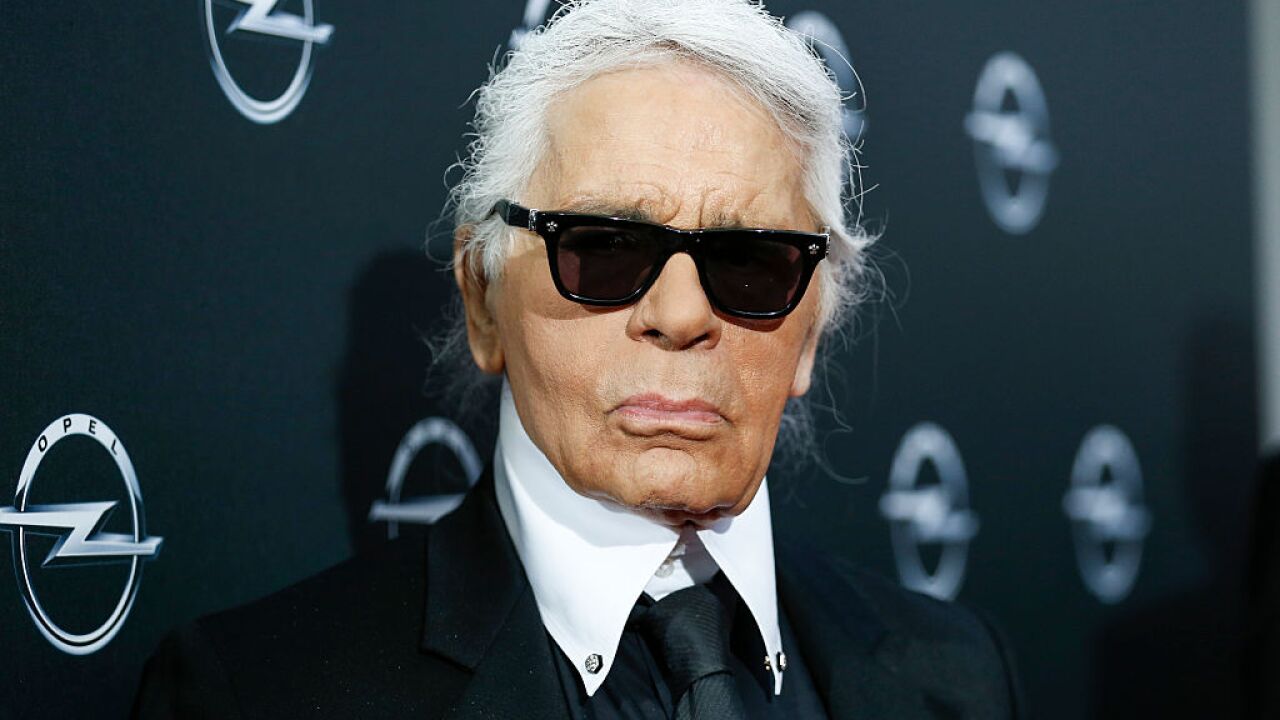 Karl Lagerfeld, one of the most influential and recognizable fashion designers of the 20th century, died Tuesday at the age of 85.

The German designer is best known for his work as the creative director of Chanel, the French luxury fashion house. He was a prolific designer, also at the creative helm of Fendi and his eponymous label at the time of his death.

Lagerfeld died Tuesday morning in Paris, the city he helped turn into the fashion capital of the world, his label said. Rumors had swirled about his health after he was absent from his Chanel show in late January, due to what the fashion house described as tiredness.

Lagerfeld, who transformed Chanel into a global powerhouse after taking the helm in 1983, was rarely seen without his dark glasses, a silver ponytail and fingerless gloves — gaining him the reputation as the most recognizable man in fashion, and one of its most outspoken.

“My job is not to do what she did, but what she would have done,” he said of the brand’s founder, Gabrielle “Coco” Chanel. “The good thing about Chanel is it is an idea you can adapt to many things.”

“Today the world lost a giant among men,” Anna Wintour, the editor-in-chief of Vogue, said in a statement. “His creative genius was breathtaking and to be his friend was an exceptional gift. Karl was brilliant, he was wicked, he was funny, he was generous beyond measure, and he was deeply kind. I will miss him so very much.”

“Thanks to his creative genius, generosity and exceptional intuition, Karl Lagerfeld was ahead of his time, which widely contributed to the House of Chanel’s success throughout the world,” Chanel CEO Alain Wertheimer said in a statement Tuesday.

The head of LVMH, which owns Fendi and Louis Vuitton, said the fashion world had “lost a great inspiration.”

“We owe him a great deal: his taste and talent were the most exceptional I have ever known,” Bernard Arnault, the chairman and CEO of LVMH, said in a statement. “We loved and admired him deeply.”

From Hamburg to haute couture

Born in Hamburg, Germany, Lagerfeld went on to win a womenswear design competition in 1954.

He got his start in Paris working under Pierre Balmain in the 1950s, moving three years later to the House of Patou. He had stints as a freelancer for Chloé and was hired by Fendi in 1967 as a consultant director, responsible for modernizing the Italian house’s fur lines.

When Lagerfield took the reins at Chanel, he set to work reviving the brand’s staid offerings.

“[Chanel was] a sleeping beauty. Not even a beautiful one. She snored,” he said of the fashion house in “Lagerfeld Confidential,” a 2007 documentary. “So I was to revive a dead woman.”

Wertheimer hailed Lagerfeld on Tuesday as “an extraordinary creative mind to whom I gave carte blanche in the early 1980s to reinvent the brand.”

Not only did his designs turn it into one of the world’s most valuable couture houses, but Lagerfeld’s business savvy made him an early proponent of the now ubiquitous luxury collaborations with high street brands.

In 2004, he became the first designer to design a collection for H&M, a trend that was later followed by the likes of Stella McCartney, Comme des Garcons, Versace and Maison Martin Margiela.

He also had a reputation for his quips about the fashion world, and courted critics for controversial remarks about migrants in recent years.

“Virginie Viard … Karl Lagerfeld’s closest collaborator for more than 30 years, has been entrusted by Alain Wertheimer with the creative work for the collections, so that the legacy of Gabrielle Chanel and Karl Lagerfeld can live on,” Chanel wrote in a statement.

Celebrities and giants of the fashion world have been making tributes to the late designer.

Designer Donatella Versace paid tribute to Lagerfeld on Instagram, writing: “Karl your genius touched the lives of so many, especially Gianni and I. We will never forget your incredible talent and endless inspiration. We were always learning from you.”

The editor-in-chief of British Vogue, Edward Enninful, called Lagerfeld “one of the greatest designers in the history of fashion.”

“He has exerted an incredible influence over the fashion industry over the past six decades,” Enninful said in a statement.

“Karl was a genius and always so kind and generous to me both personally and professionally,” Victoria Beckham wrote.

“I came to France to see you this week and introduce you to my daughter … I’m heartbroken I was too late,” wrote actress Diane Kruger.