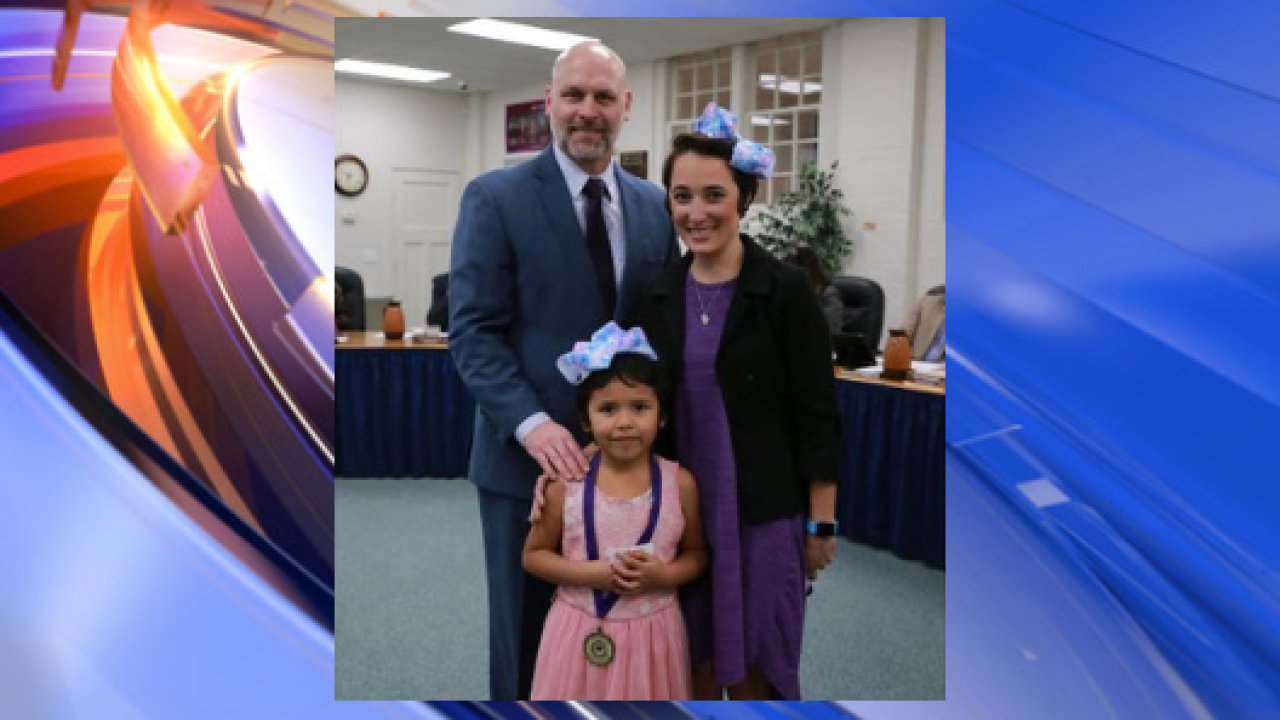 A Texas teacher came up with a creative way to stop her students from teasing a classmate. She chopped off her hair.

When Shannon Grimm noticed that a 5-year-old girl in her kindergarten class was “really sad and depressed at school because friends think that she looks like a boy,” she wanted to cheer the student up by showing solidarity.

Classmates were teasing the girl, Prisilla, who had begun wearing a hat to school to cover her hair, according to CNN affiliate KTRK.

“I would cry because I would think school was not fun,” the girl told the affiliate.

So Grimm chopped her waist-length brown hair into a pixie cut, like Prisilla’s.

“What better way to show them that you can look any way and still be true to yourself and that you can be whoever you want — it doesn’t matter what you look like — than to cut my own hair?” the teacher said in a Facebook live stream about the episode.

Grimm even purchased matching hair bows for her and Prisilla to wear, said the Willis Independent School District north of Houston, where Grimm works.

At a school board meeting last week, the little girl presented Grimm with a medal for being her hero during a difficult time. Grimm had also nominated Prisilla for the district student of the month award for being brave.

Prisilla gives her teacher a hug in appreciation. (CNN)

Although Grimm said she misses her long hair, she said the experience has allowed her to better understand Prisilla’s feelings.

“Sometimes you just have to experience it. You have to teach them and show them that you’re there for them.”

When Grimm debuted her haircut, her son told her she looked like a boy. Walking into a grocery store or other public places with her new ‘do made her feel self-conscious, she said.

However, the teacher said the temporary discomfort was worth it because she was able to help Prisilla feel better about her appearance.

Her hair will grow back, but Grimm said she hopes to instill in her students — and her two children — a more lasting lesson.

“It doesn’t matter what haircut you have,” she said. “You’re beautiful no matter what.”