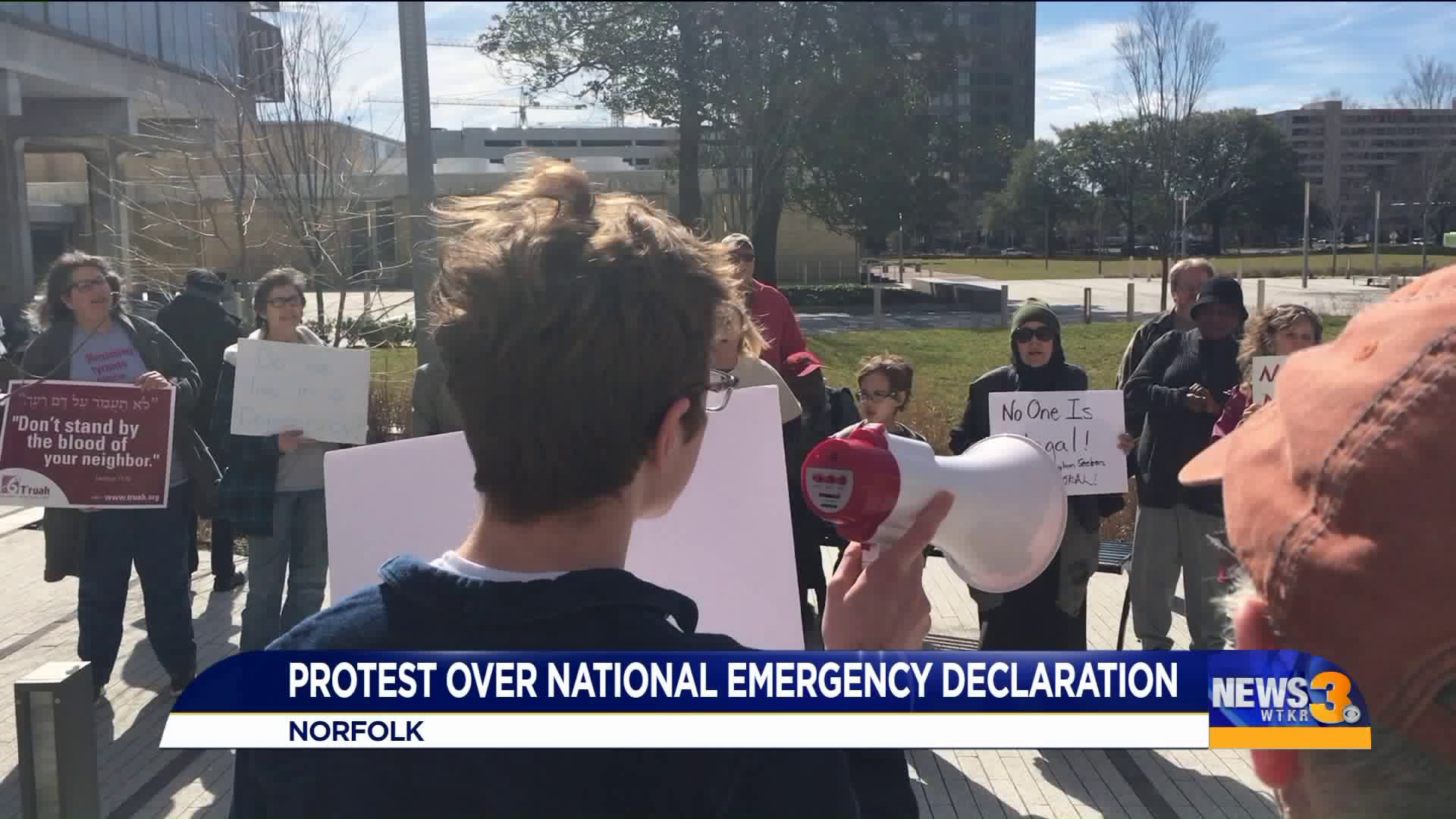 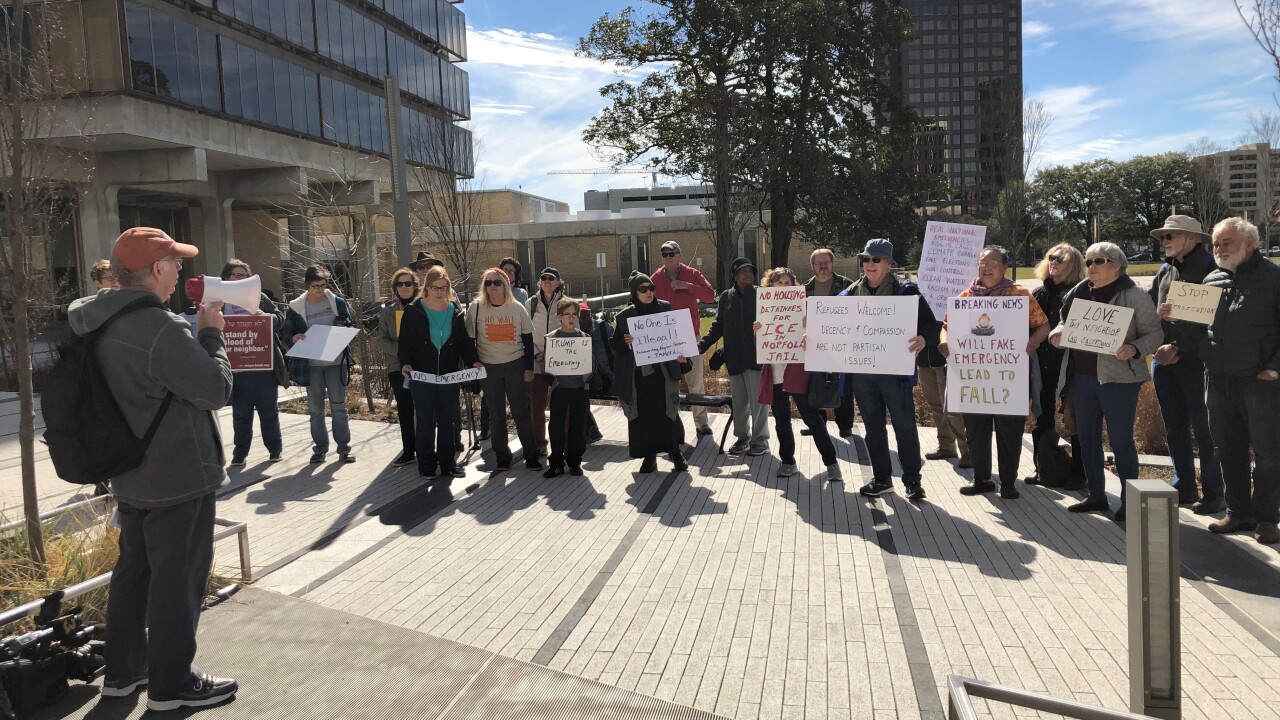 NORFOLK, Va. — President’s Day protests are popping up around the county in response to President Donald Trump's call for a national emergency along the southern border to secure additional funding for a border wall.

Dozens gathered near Norfolk City Hall to push back against the move by the president, with a crowd of about 40 people chanting and holding signs calling the national emergency a "fake emergency."

Navy veteran Tom Bertrand is one of the protesters who passionately opposes the wall.

“We’re not in an emergency," he said. "We’re in a time of opportunity in our country to embrace new potential citizens.”

President Trump says a wall or barrier is necessary to prevent illegal immigration and drug trafficking.

Trump is hoping to allocate $8 billion to help build the wall, including more than $1.3 billion already approved by Congress.

“That pool of money is extremely controversial. Most of it comes from the Department of Defense Building Act, which allows building for schools for military children.”

Claville say lawsuits filed against the Trump administration could take months or years to resolve.

California’s attorney general says a lawsuit against the Trump administration is in the works. At least six other states are expected to join in.